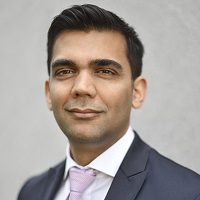 Equities have historically offered promising growth potential, but we have seen time and again how suddenly and severely the equity markets can be affected by events that are difficult to predict, and 2019 is not likely to be an exception. Losses can have a greater impact on portfolios than gains because the money remaining after the loss must work hard to recover just to break even.

…and it can take years to recover

YEARS TO RECOVER WITH ANNUAL RATE OF 5%[2]

Traditionally, investors have relied on diversifying equities with bonds, or market timing, to help minimize their risks from losses. But these strategies may be challenged in certain market environments.

Many investors maintain a typical 40% allocation to fixed income investments to provide a counterbalance to equities during times of market volatility. However, bonds may decline at the same time as equities, as happened in October 2018, negating the expected counterbalance benefit. Fixed income may also be challenged when interest rates rise and lose purchasing power in an inflationary environment.

Being cautious does not mean being in cash

Investors who sell at the first sign of market downturns and wait on the sidelines in cash for the market to recover can miss out on top-performing days, which can have a big impact on returns. Further, like fixed coupon bonds, cash loses purchasing power in an inflationary environment.

A defensive options strategy can provide protection plus potential growth

An alternative approach that may help protect an investment involves the use of options—instruments that seek to provide a contractual level of certainty that other approaches lack.

A defensive “buffer protection” strategy, utilizing a combination of call and put options overlaid on an exposure to a given index, offers an alternative risk management solution. This type of strategy provides a “buffer” of protection against the first 10% of losses in the chosen index while capturing potential growth to a maximum capped gain (“cap”) over a period of approximately one year. 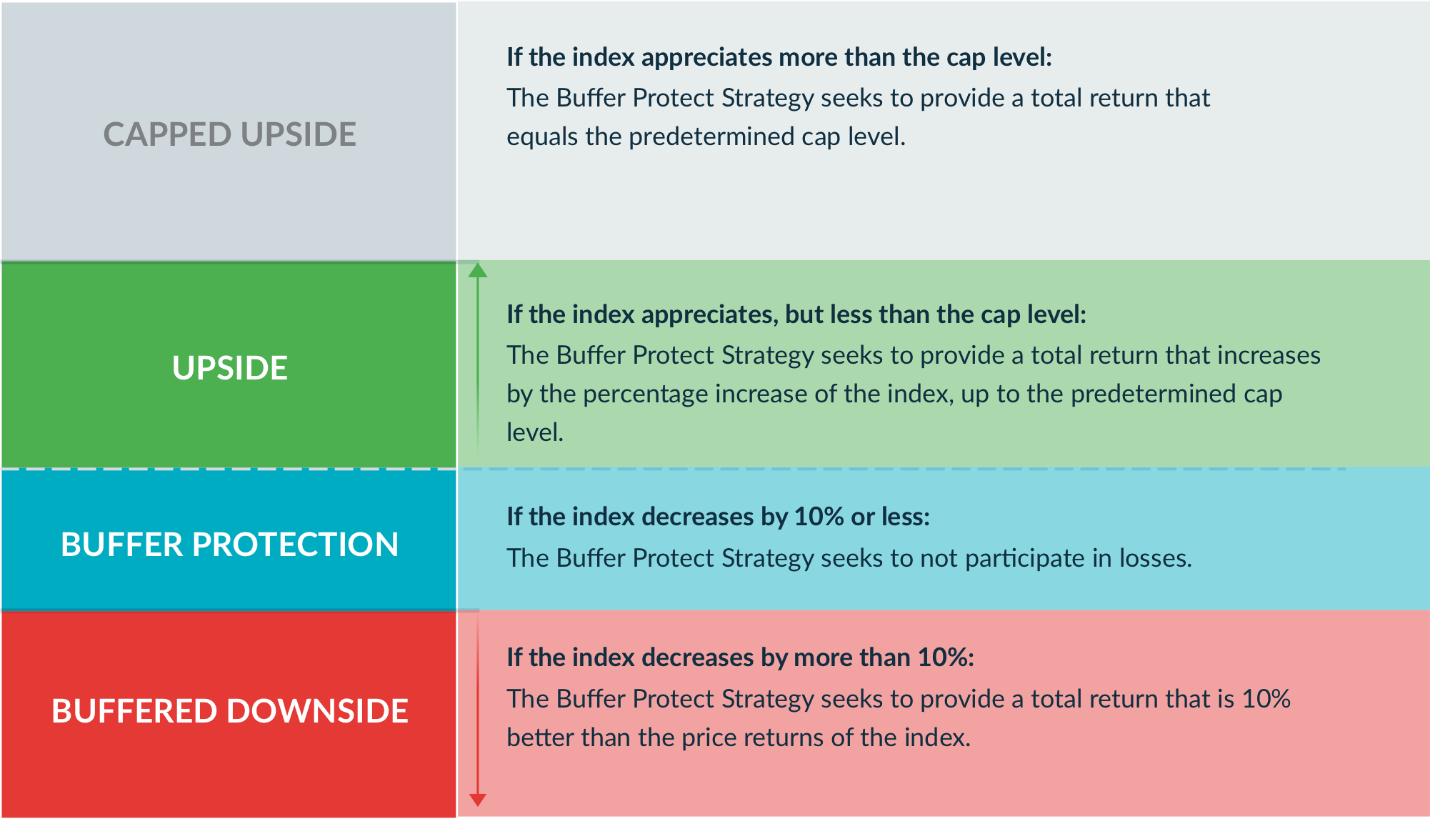 Defensive buffer protection option strategies are typically implemented in structured notes and annuities with a single strategy of one-year maturity. However, the single strategy, one-year maturity creates acute timing risks, locking investors into one specific cap and buffer for an entire year. This prevents investors from capitalizing on new buffer levels or upside caps over the course of the year as the chosen index moves up or down.

The timing risks associated with a single strategy, one-year maturity can be mitigated through the same “laddering” technique used by bond investors. Equity investors seeking persistent defensive protection can build a laddered portfolio of defensive options strategies with maturities ranging from one to 12 months. In this manner, each month a defensive options strategy would mature and be rolled forward for another 12 months. This allows the downside protection and cap levels to reset and stay current to the prevailing market conditions for a portion of the investment, which can be an advantage in a rising or falling market environment.

The Cboe S&P 500 Buffer Protect Index (ticker: SPRO) employs such a strategy, using a laddered portfolio of 12 Buffer Protect Strategies designed to protect the first 10% of losses in the S&P 500 while capturing growth to a maximum capped gain.

[1] Calculated using Bloomberg data as the percentage negative return on a date from the highest level by the S&P Index prior to that date.

As the year comes to a close with just two trading days left of the second worst December on record since 1931 for the S&P 500, it may be hard to remember the relatively calm rise before the volatile downturn took over.  Though there is not an official bear market yet, there was a 19.8% drop by the end of Christmas Eve that rebounded nearly 5% on the day following Christmas (Dec. 26, 2018.)  The decline can be blamed on a number of different factors including slowing economic growth in China and Europe, ongoing political uncertainty and turmoil both domestically and abroad, a softening housing market, as well as Fed tightening and businesses facing a tighter credit environment.

Now, every single sector, style and size of the market are down this month, which has only ever happened in 9 other months in history.   While 6 of those months have come in pairs, the Januaries following Decembers of years this bad are slightly positive, up 11 of 20 times, averaging 65 basis points with positive years in 13 of 20 times with an average return of 4.2%.  As discussed in this post, the first few days of a rebound is key for investors, so don’t miss it – and historically, mid-caps and small caps typically do much better in rebounds than large caps.  There are some bright spots as the economy is still growing, the labor market is tight and consumer spending is healthy with contained debt levels.

To end the year, here is a list of some of the most popular U.S. equity market topics for 2018, including the telecommunication services sector expansion into communication services, small caps, rising interest rates and the signal that warned of this near bear market.

Happy holidays to all and thank you for reading our Indexology Blog.  Please let us know in the comments if you have any topics you want to discuss or if you have any questions.