Despite escalating trading tensions between U.S. and China that built through Sep., large caps were largely unaffected.  The aging Bull market (since March 9, 2009) showed no signs of stopping, as the S&P 500 posted new highs and posted an annualized 16.51% equity return and 18.91% with dividends, as mentioned by Howard Silverblatt in Market Attributes.  However, also noted by Silverblatt, Q4 appears to be full of politics and turmoil.  Based on the monthly performance measurement of the small cap premium, perhaps the market is showing at least one sign of fear. 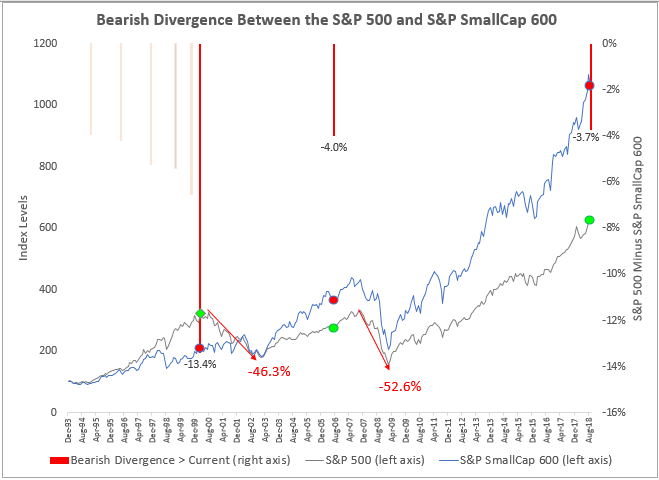 Going into Q4, there may be politics and turmoil, but if there is growth, rising interest rates, inflation or a rising dollar, those conditions are historically supportive of small caps.