Commodities enjoyed an impressive start to 2019. The S&P GSCI was up 9.0% in January, while the Dow Jones Commodity Index (DJCI) was up 5.4%. The strong performance was largely driven by a notable recovery in petroleum prices, but industrial metals also enjoyed a revival.

Oil prices recovered strongly over the first full trading week of January, before trading within a narrow range for the remainder of the month. The S&P GSCI Petroleum ended the month up 14.6%, recuperating the bulk of its full-year 2018 declines in just one month. Late in the month, preliminary data presenting a steep drop in OPEC’s January output and fear of supply disruptions associated with U.S. sanctions against Venezuela offered additional comfort to oil bulls, but such comfort is rightly tempered by signs of weakening global economy growth.

Growing concern regarding potential weakness in the Chinese economy, lower oil prices, and a slide in investor sentiment had weighted on the price of most industrial metals at the tail end of 2018. But the new year brought the prospect of shrinking inventories, especially for nickel and copper, back into focus for investors. The S&P GSCI Industrial Metals rose 5.3% in January, while the DJCI Industrial Metals was up 6.1%. Nickel surged 16.8% for the month, front-running hopes that the relationship between the U.S. and China may be removed from the deep freeze, confirmation of a deepening supply deficit, and nascent signs that the prolonged period of U.S.-dollar strength may be beginning to waiver.

A resurgence in investor appetite for so-called “safe-haven” assets saw the S&P GSCI Gold reach its highest level since May 2018 at the end of January. There was certainly no lack of risk catalysts for those investors considering increasing their tactical allocation to gold, including an uptick in equity market volatility, growing concern regarding the health of the global economy, uncertainty over the path of U.S. interest rates, and a raft of geopolitical risks.

Across the agriculture complex, performance was skewed mildly to the upside (S&P GSCI Agriculture up 2.2%, DJCI Agriculture Capped Component up 2.3%), but cocoa was a stark exception. The S&P GSCI Cocoa was down 10.1% in January, as the main crop harvest in West Africa started to wind down and supplies at major ports built up.

The S&P GSCI Livestock was down 1.7%, and the DJCI Livestock was down 1.5% for the month. Lean hogs (down 7.1%) dragged the index into negative territory on the back of a somewhat unexpected surge in U.S. pork production and the removal of any residual premium following the initial outbreak of African swine fever in China.

See more details on how the commodities measured by the S&P GSCI and the DJCI fared here. 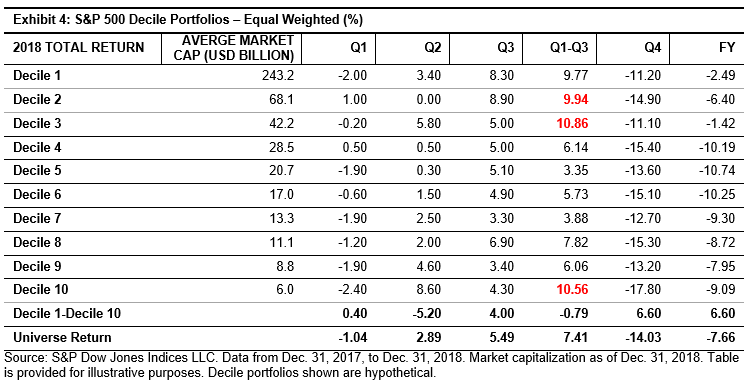 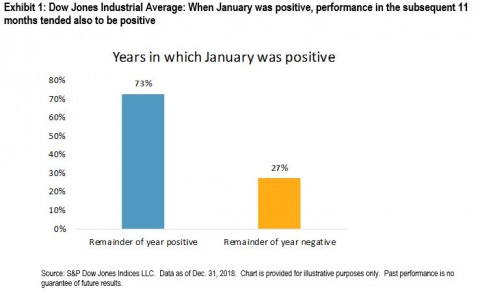 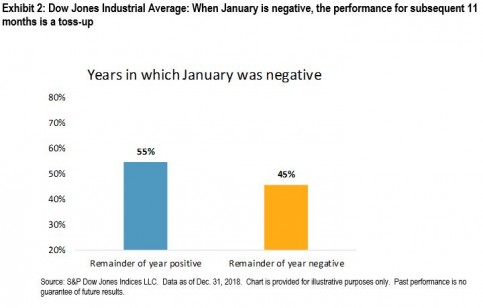 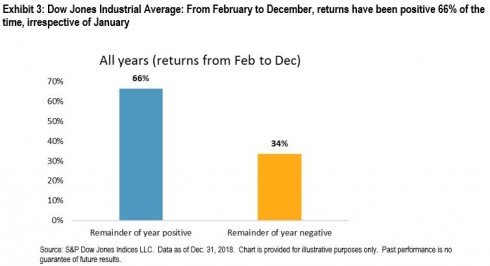