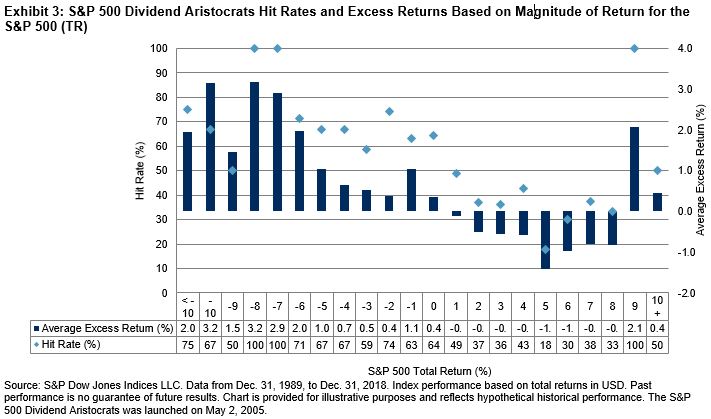 As the ball dropped this New Year’s Eve, most investors were more than happy to bid adieu to what proved to be a volatile end to 2018. The fourth quarter began with the October sell-off, which was just the start of a highly volatile quarter. The S&P 500® fell almost 7% in October alone, with losses accelerating into the end of the year during what is likely to be one of the worst Decembers on record.

Large equity market drawdowns such as these remind us of the importance of portfolio diversification. Traditionally, this has been achieved by building multi-asset portfolios that combine complementary asset classes such as stocks and bonds.

First generation multi-asset strategies, exemplified by a 60/40 allocation, seek to create balanced portfolios by diversifying across asset classes in fixed proportions. However, this technique does not maximize diversification benefits because it ignores the risk contribution of each asset class.

The recognition of these shortcomings led to the development of a class of investment strategies called risk parity, which seeks to equalize the risk contribution of each asset class. The primary goals of risk parity are to provide a smoother return profile and minimize losses from equity market drawdowns like we saw in the fourth quarter of 2018—so let’s examine how they performed.

Q4 2018 may not be a stellar example of the power of diversification, but it underlines the need to maximize the so-called “only free lunch in finance.” When equities are given an outsized risk allocation, equity market losses like those seen in Q4 2018 will dominate portfolio performance. However, when each asset class is given equal footing, the diversification benefits have a better chance of shining through. Given the opportunity, investment strategies such as the S&P Risk Parity Indices have the potential to help smooth out drawdowns and improve risk-adjusted returns.

In a prior blog, Getting to Know the S&P/BMV IPC – An Iconic Representation of the Mexican Equity Market, we examined the evolution of the S&P/BMV IPC and tracked its role from being a financial market indicator to serving as the basis for index-linked liquid investment products. In this blog post, we look at the investability criteria incorporated in the index methodology, allowing it to meet the liquidity needs of market participants and index-linked investment products.

The investability of an index is a function of two variables—the liquidity of the underlying constituents and the weight of the securities in the index. For instance, a security with low liquidity should not necessarily have a high weight in the index, all else being equal. Moreover, the investability of an index determines its investment capacity.

Therefore, index design should strive to achieve an investable and replicable index for the target market. With that in mind, we look at the index mechanics of the S&P/BMV IPC and review how the methodology addresses liquidity needs. Some of the most relevant points were:

Do these index mechanics improve the overall liquidity profile of the index? We reviewed the daily trading volume of the S&P/BMV IPC constituents to find out. As of Nov. 30, 2018, the six-month MDVT of the index was around USD 8.80 million on average, compared with that of S&P/BMV IPC CompMx constituents at USD 5.29 million. Hence, the S&P/BMV IPC was nearly 50% more liquid than the broader index.

A quick capacity analysis using the index composition as of Nov. 30, 2018, and the constituents’ six-month MDVT showed that a portfolio of USD 140 million could be completely traded in a single day (assuming 100% of the six-month MDVT). On the other hand, trading the same portfolio size on the broader S&P/BMV IPC CompMx would take double that amount of time.

[3]   Source: ETFGI. https://etfgi.com/news/press-releases/2018/10/etfgi-reports-assets-etfs-and-etps-listed-latin-america-see-net-inflows. ETFGI is the leading independent research and consultancy firm on trends in the global ETF/ETP ecosystem and is based in London, England. Deborah Fuhr, Managing Partner, co-founder, ETFGI website www.etfgi.com.