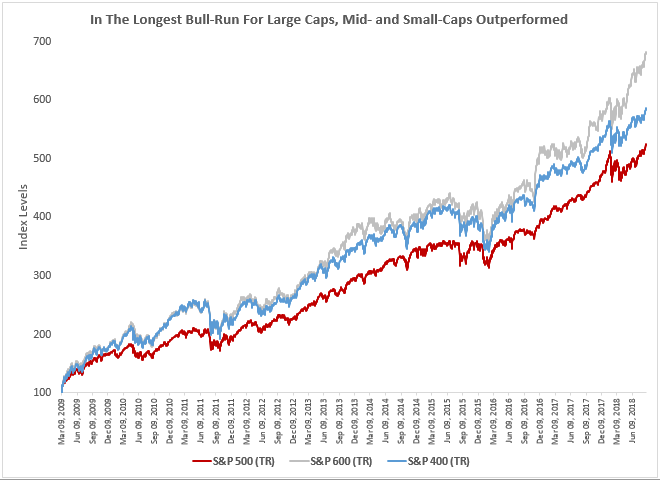 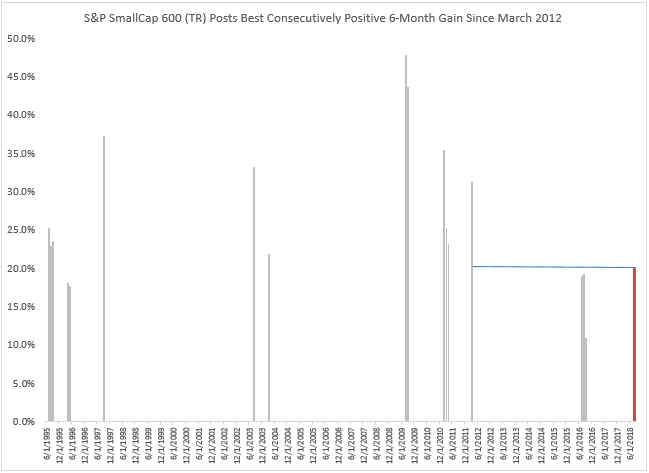 While all eleven sectors are positive year-to-date for mid and small caps, some of the small cap sectors are having near record years. For example, industrials, the biggest sector in the S&P 600, is having its best year since 1997, up 17.5% ytd, and its third best on record.  The smaller companies of this sector may be more insulated from U.S.-China trade tensions and also has less revenues coming from overseas so has outperformed the large-cap industrials.  Also, heath care in small caps is having its second best year on record, up 47.4%, the best ytd performance since 2000.  That is also driving the S&P 600 Growth (TR) that has nearly 20% in health care to have its second best ytd performance on record, up 23.5% – the most since 2003.  On the other hand, small cap-energy lost more in Aug. than large caps in energy from supply disruptions that drove oil price volatility. 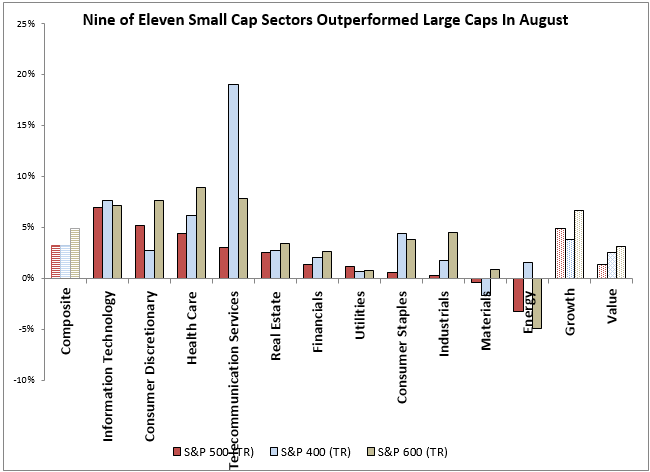