For many equity investors, the stand-out theme of last year was the reversal in the market’s initial response to, and recovery from, the COVID-19 pandemic: the dramatic price declines in March, the wild swings around the bottom as VIX® marked its highest closing level ever, and the just-as-dramatic recovery to new all-time highs by late summer. That reversal set the big picture: after its recovery and barring a few small bumps along the road, the S&P 500® continued to break records for the remainder of the year, celebrating with a final closing record high on Dec. 31, 2020.

The full-year performance of the S&P 500 sectors and factors highlighted in Exhibit 1 seem to conform to a single narrative: large, tech-related, growth companies benefited from the changing circumstances of the pandemic, while smaller companies, and energy and value companies in particular, continued their multi-year trend for underperformance.

Yet, another major reversal may also have occurred.  Less obvious but with the potential to be just as significant, this was more keenly felt in relative (as opposed to absolute) returns. It was visible in cracks in the once seemingly unstoppable momentum of large, tech-related growth companies, the poster companies of which are now the S&P 500’s largest weights. Apple, Microsoft, Alphabet, Facebook, Amazon and (now) Tesla stand at the nexus of several multi-year trends: larger stocks outperforming smaller, growth stocks outperforming value, and less flashy sectors, like energy and materials, underperforming the average.

Exhibit 2 suggests that there have been not one but two reversals this year in the S&P 500’s factor and sector winds: one in the late spring that ended in the late summer and accompanied the market’s recovery from the depths, and a further, visually more significant reversal in the trends that occurred in the final quarter. Intriguingly, this continued into the new year; the data included in the chart run up to the most recent close at time of writing, Jan. 6, 2021. 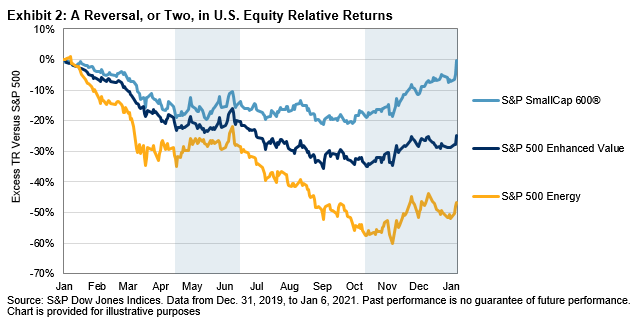 A return to winning form for value and small-cap stocks has long been anticipated; these strategies, thanks in part to their canonical status as original Fama-French factors and long performance record, have attracted a broad range of followers. The decline of the Energy sector—once more than 16% of the S&P 500 by weight, and now only 2% (see Exhibit 3)—has been a similarly long-term and connected source of disappointment for investors.

As we pointed out in our recently published S&P 500 Factor Dashboard, the challenges to continued outperformance from large-cap growth, driven by Big Tech or otherwise, are different to what they were a year ago. To outperform next year, the capitalization-weighted S&P 500 Growth may have to rely on an unusually narrow range of companies: the index’s largest five weights composed 40% of the total index by the end of last year, the highest ever annual reading. If those large names at the top falter, value’s time to shine may be finally upon us. 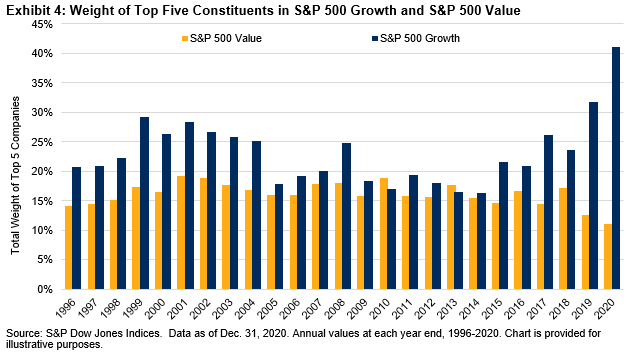 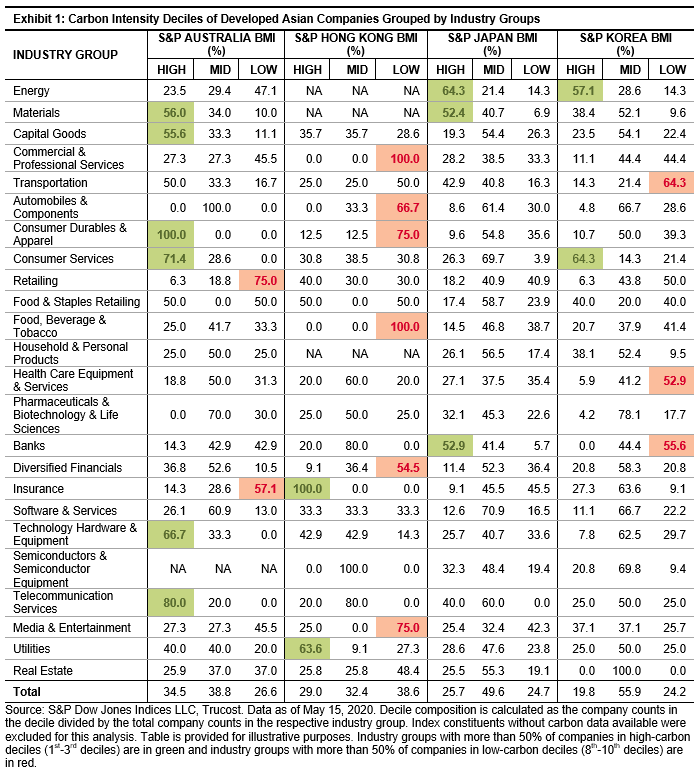 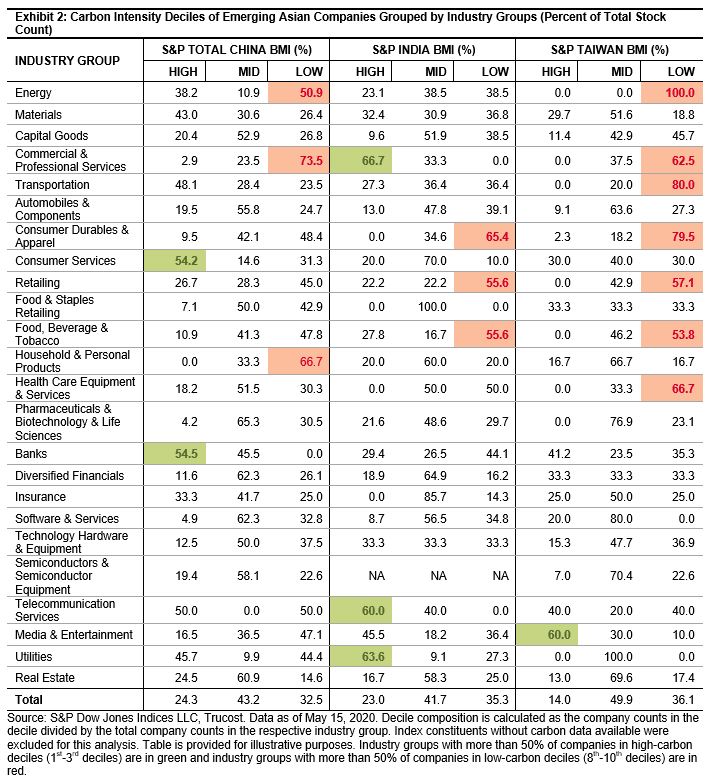 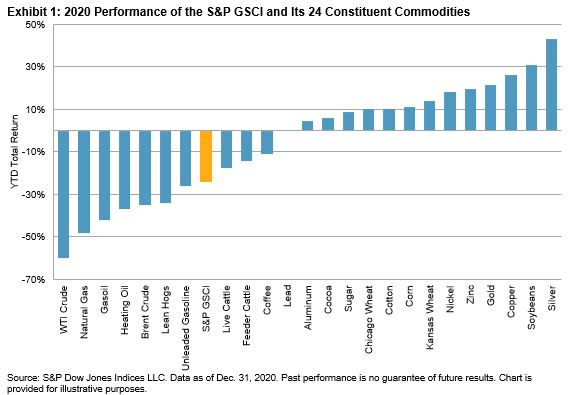 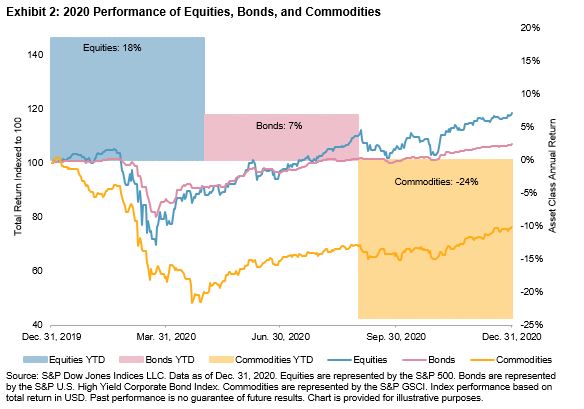