By now we are all painfully aware that the U.S. equity market was essentially flat in 2015.  The S&P 500’s total return was 1.38%, all of which was a function of dividend income — the index’s price return was -0.73%.  Other large-cap averages were in the same ballpark — the Dow Industrials, e.g., logged a total return of 0.21% — and smaller cap indices lagged slightly, as the S&P MidCap 400 and S&P SmallCap 600 both lost -2% on a total return basis.  Although there were peaks and valleys during the year, 2015 as a whole was notable for not being notable.

This is only true, of course, from a provincial American perspective.  What we often overlook is that in 2015, the strength of the U.S. dollar produced impressive results for investors from outside our borders:

We’ve remarked on the importance of currency movements before.  There’s no alchemy involved here — as the U.S. dollar rose against the euro, e.g., European investors in the U.S. market benefited from being in the stronger currency.  And it’s worth noting that currency effects cut both ways.  Euro-based investors would have reaped a total return of 8.61% in the S&P Europe 350; U.S. investors in the same index lost -2.52%.

We profess no ability to forecast the course of either global equity markets or currencies.  What we can say is that if the U.S. dollar continues to strengthen, it will continue to benefit international investment into the U.S., as it did in 2015, and to penalize U.S. investment abroad.

How have value indices performed and will value investing “work” in the future?

The Rieger Report: Munis Lead the Pack in the Final Lap

How did the municipal bond market perform in 2015?

Has oil reached its bottom or is this just the market sentiment? 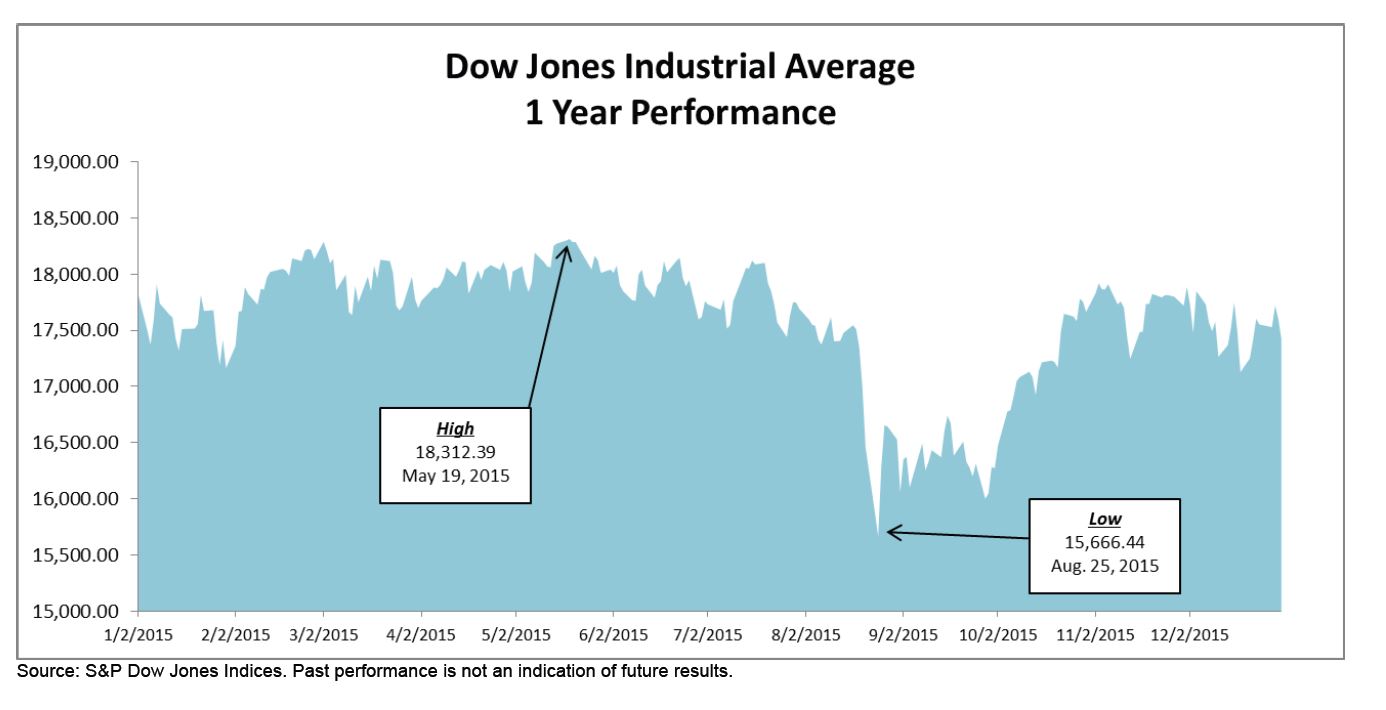