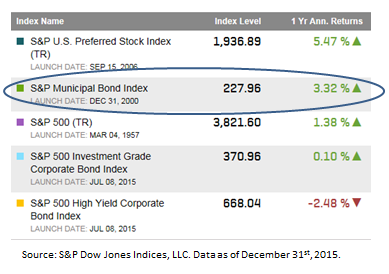 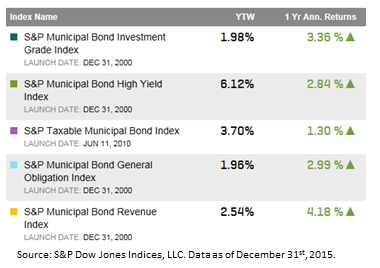 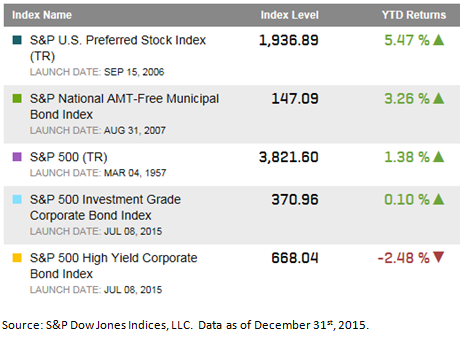 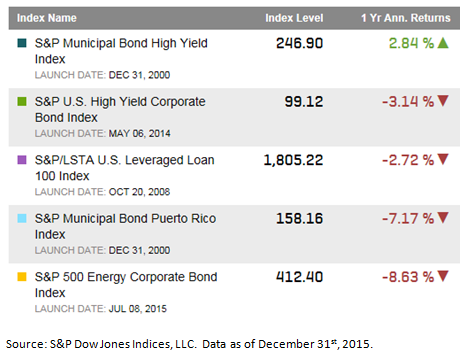 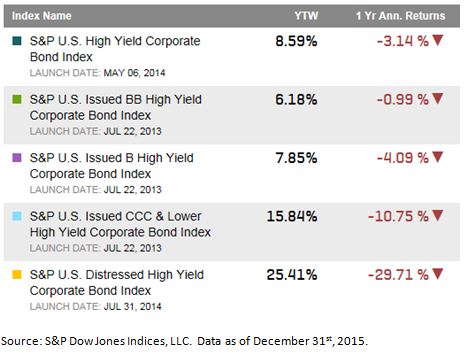 2015 has been the year of low or no returns but some positive returns are being realized. With the backdrop of volatility seen in the equity markets and the headline risk headwinds the municipal bond faced all year the total returns of the two asset classes have converged at approximately 3% year-to-date.

Risk adjusted returns would favor municipal bonds as equities have done it the hard way with a standard deviation (a measure of volatility) of over 2.6% while munis have seen a standard deviation of under 1%.  Chart 1 below illustrates the volatility of the two asset classes by tracking the total return index levels of both indices over the course of 2015. 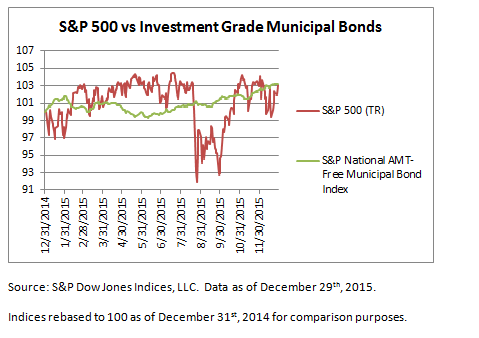