The latest copy of the Beige Book, the Federal Reserve’s survey of the economy, was released today in preparation for the next FOMC meeting on March 15th-16th.  The picture it paints of the economy is far better than what one might assume from the stock market’s recent gyrations – but probably not good enough to support another increase in the Fed funds rate this month.

Residential and commercial real estate are the strong spots in the economy while energy and agriculture are the weak ones. Consumer spending is rising in most places, nonfinancial services are reporting gains and manufacturing is flat to slightly positive. Auto sales are good in most areas. Export activity is hurt by the strong US dollar and lackluster economies among major trading partners.  Recent data support this. Home prices continue to rise and sales of existing homes are strong, consumer spending and personal income in January was better than expected and the Institute of Supply Management index for manufacturing rose in February. Labor markets are reported to be improving, consistent with the ADP payrolls number released this morning. Wage gains vary across the country and prices are generally flat according to the Beige Book.

The Fed’s decision on when to raise interest rates is should it take the generally positive beige book and recent better-than-expected economic reports as a reason to move soon, or should it be worried about the stock market’s two months of turmoil?  The chart puts this into a picture: the steady growth of nonfarm payrolls vs. the S&P 500 ups and downs. 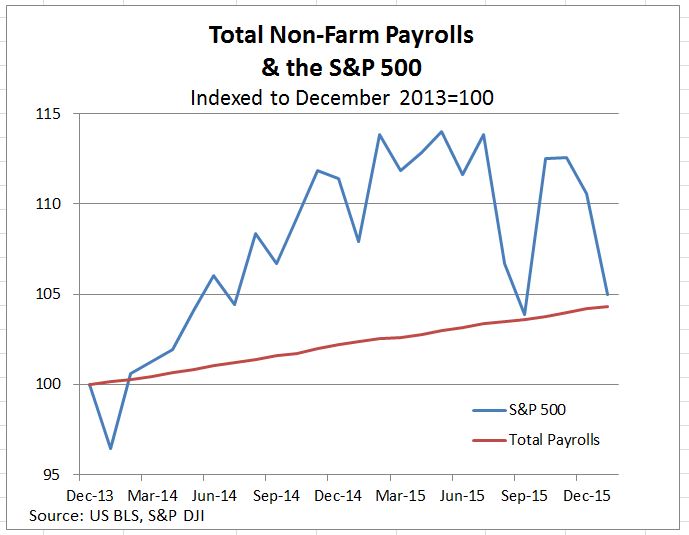 Inflationary expectations are low and the Fed’s principal inflation gauge – the core PCE deflator – is under its target. Nothing in the Beige Book makes a case for an immediate Fed rate hike at the upcoming meeting.  Hopefully the FOMC statement on March 16th will have some hints for the future and be interesting reading. 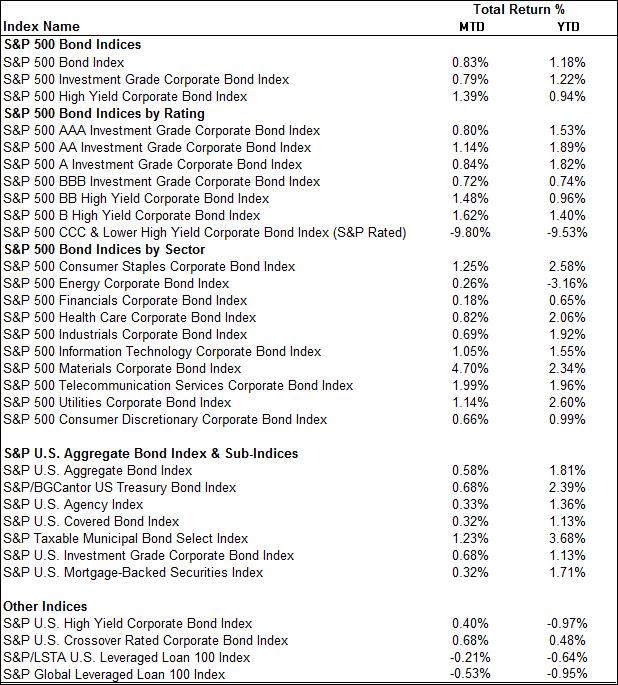 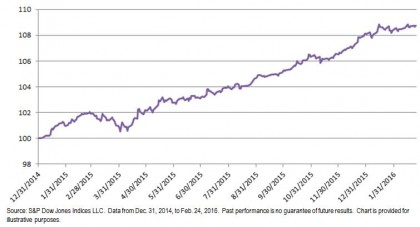