Barcode symbologies are mappings which allow humans and computers to communicate by simplifying the language into a code of bars and spaces that scanners can read.  If complex information can be depicted so simply that a computer can read it, why not use a barcode to better understand oil? If you see the pattern below, congratulations – you might be a computer (or an oil analyst.) If you don’t see the pattern, then don’t worry – you’re human. 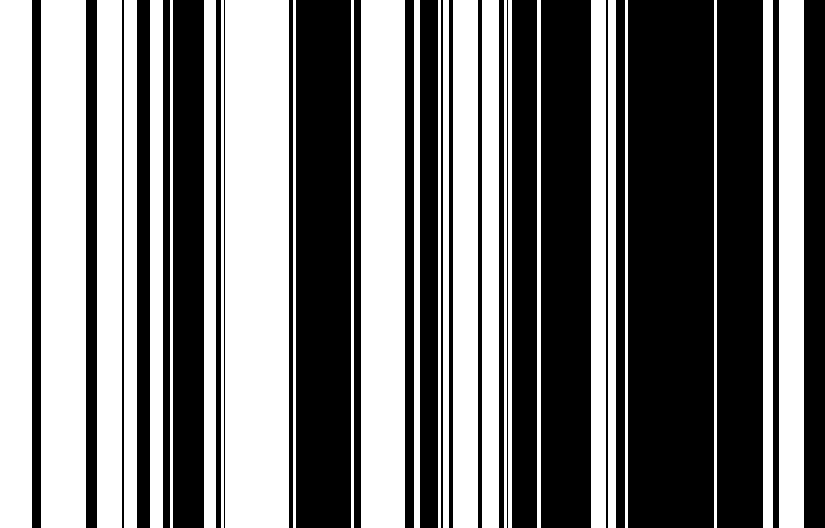 Let’s walk though the symbology that maps the above barcode to its underlying message.  The first step in decoding the barcode is to show the labels of the chart. 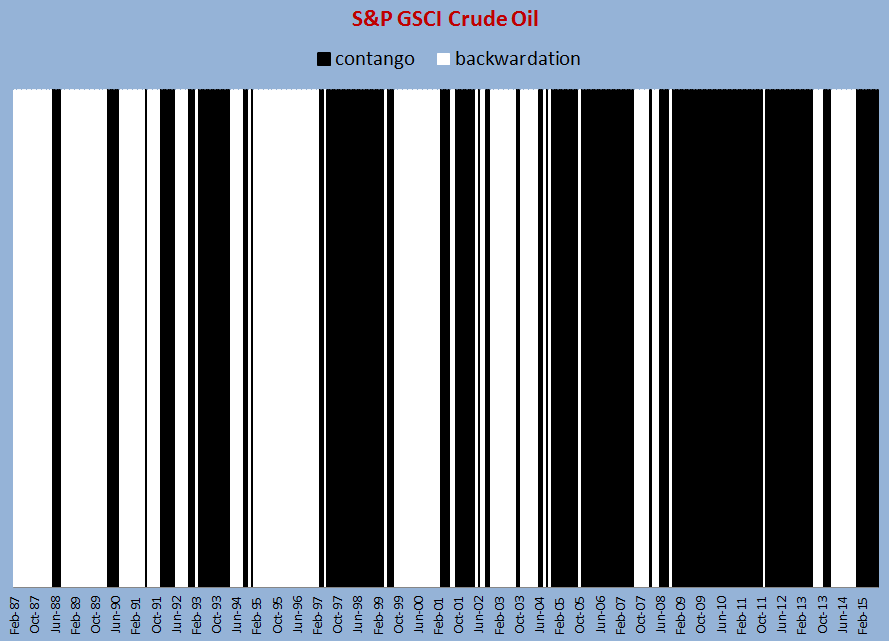 Why is this? Backwardation happens when there is a shortage, and contango happens when there is excess inventory. Since it takes time for inventories to build and deplete, the conditions persist. Not only do the conditions generally persist, they stubbornly persist. There are only 15 of 343 months where oil’s curve shape flipped for only a single month. It was twice as likely to see a shortage peek through for a month during contango than it was to see an excess during backwardation. That should make sense since it is harder to grow, mine and drill enough commodities to replenish inventories during a shortage than it is to buy cheap commodities in a glut.

On average since 1987, there is only a slightly negative roll yield of 2 basis points per month, but the contango since 2005 helped drive the S&P GSCI Crude Oil Total Return down to the lowest since 1999 (on Aug. 24, 2015,) wiping out an additional 10 years of gains for investors.

Since then, there were a few historically winning days, driving oil up 15.6% by the end of Aug. However, contango still persists, making the S&P GSCI Crude Oil Total Return’s loss of 10.3% month-to-date through Sep. 10, 2015, on track for the worst month in history.

Finally, will contango persist? To put the contango streak into historical context, if Sep. stays in contango, that will be the 10th month straight which is not even close to a record losing streak. Plus the glut from OPEC, the U.S. and others in a market share competition for China as a consumer can prolong it, especially since China’s economy is under pressure and their currency is devalued, making it more expensive for them to import oil. There are six longer contango streaks than the current one at 10 months, and the longest lasted three years that was part of a 61 month streak from June 2008 – June 2013 that was only interrupted by two separate months of backwardation in Oct. 2008 and Nov. 2011. Please see the table below:

The S&P GSCI Crude Oil Total Return has only fallen 30.9% since its recent high on May 6, 2014. That again is far from its worst total return loss of 82.3% in the global financial crisis. From the current index level, another 74.3% needs to be shaved off to match that drawdown but with the help of persistent contango, it’s possible.

To hear more about views on oil, please join us for our 9th annual commodities seminar.