Therefore, ESG-minded market participants should be aware of their investment time horizon and the return expectations associated with that time horizon.

According to the RobecoSAM scoring process, the relative weights of the ESG score components vary by industry due to materiality. For example, as shown in Exhibit 1, the E dimension warranted a higher weighting in the electric utilities industry compared to the banking or pharmaceutical industries, while the G dimension carried the highest weighting in pharmaceuticals. The total ESG score was then calculated after applying these component industry-specific weights for E, S, and G.

Given the return information derived from component scores and future stock performance analysis, investors may wish to alter the weights of ESG components. To illustrate whether reweighting matters, we calculated two hypothetical ESG portfolios by reweighting the E, S, and G scores for each security and re-ranking the universe (see Exhibit 2). For example, we constructed an ESG – S Light portfolio in which each security in the universe received a weighting of 40% in E, 20% in S, and 40% in G. We also constructed a 50% E and 50% G portfolio in which S was eliminated altogether.

By reweighting, market participants can incorporate the return expectations of ESG components into portfolio construction and overweight the component that is the most economically meaningful to them. Exhibit 3 shows the annualized returns for the three hypothetical portfolios formed using different component weighting combinations. Consistent with previous findings, the bottom Q5 portfolios for all three scenarios performed the worst. It is worth noting that the spread between the top Q1 portfolio and the bottom Q5 portfolio was the highest for the E&G portfolio.

In Exhibit 4, we display all three scenarios and their performance across different investment horizons. Up to this point in our analysis, one of the consistent takeaways was that avoiding the worst quintile and instead opting for the top three quintiles had economic benefits, ranging approximately 200 bps. 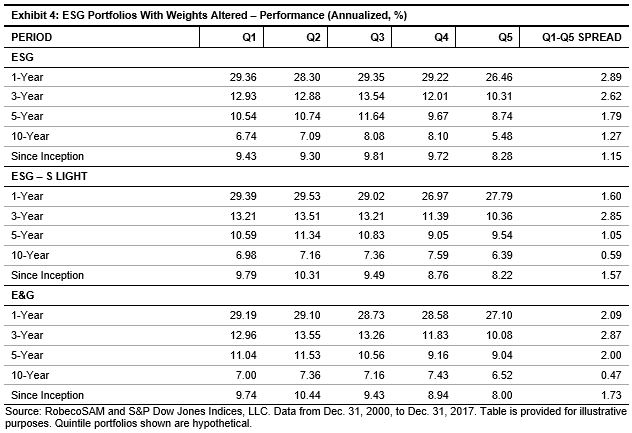 Our prior analysis indicated that, while ranking by overall RobecoSAM ESG score could lead to positive returns, the three underlying components had different relationships with future stock performance. Therefore, investors may wish to alter the weight of each component in the overall ESG score.

We found that integrating ESG into the investing process can be a bespoke, highly customized effort because different investors have different views of which subcomponent is material to them. 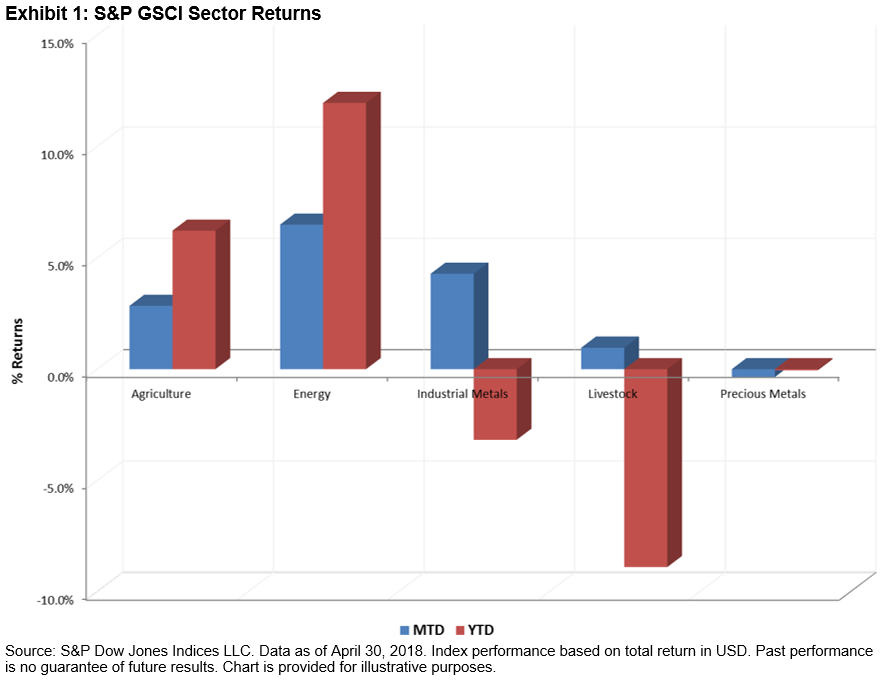 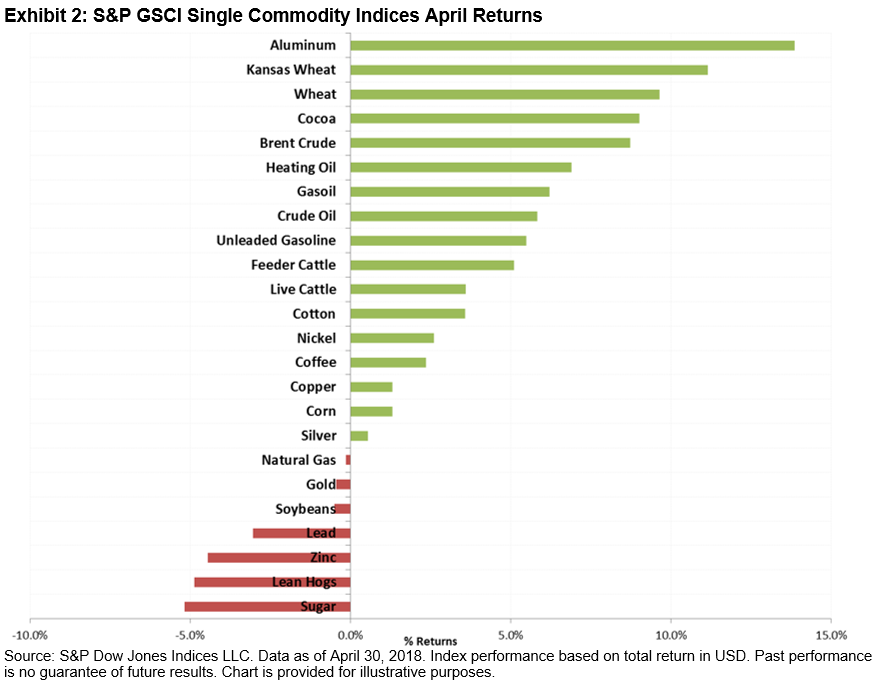 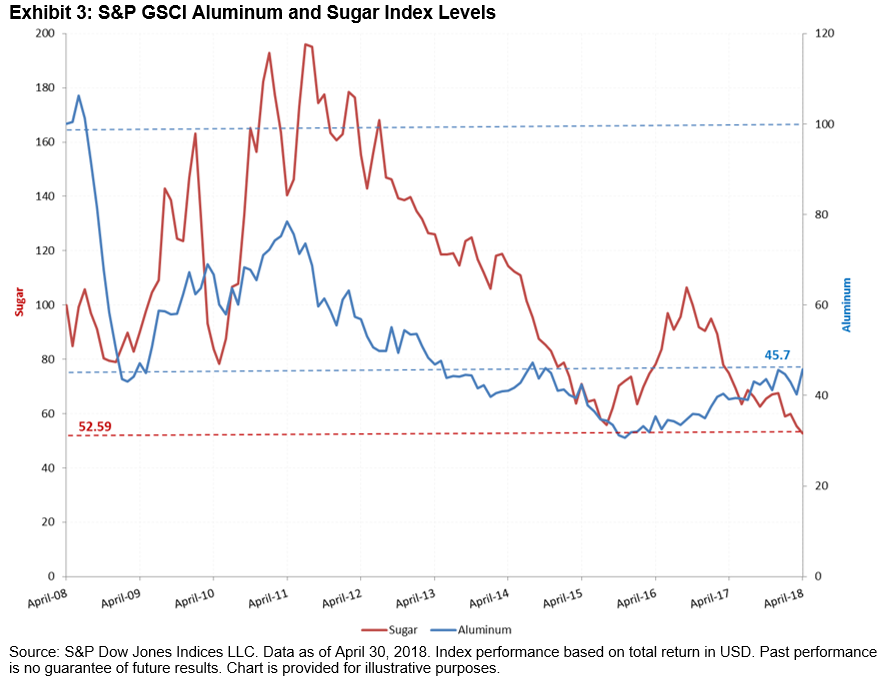 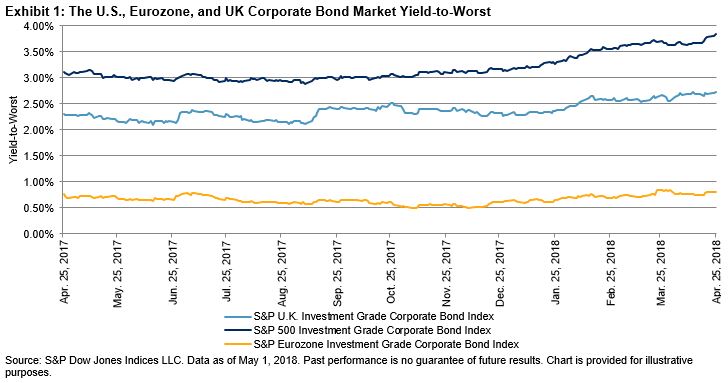 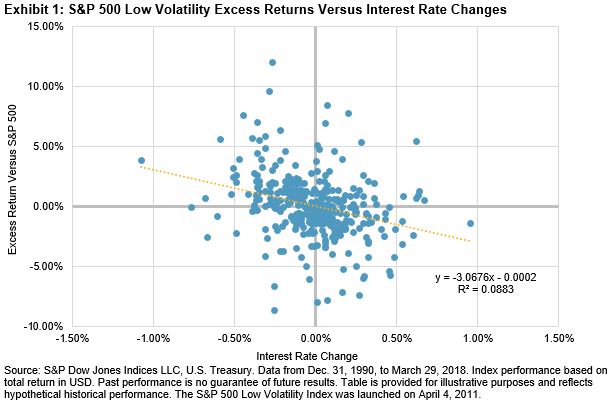