On Friday morning the GDP (Gross Domestic Product) for Q2 2018 is set to be announced, and the consensus estimate from the Wall Street Journal survey of more than 60 economists is at 4.1%, the highest (actual) growth since Q3 2014.  Although forecasts greatly vary this quarter, the main factors likely influencing growth are tax policy, retail sales, international trade and manufacturing shipments. 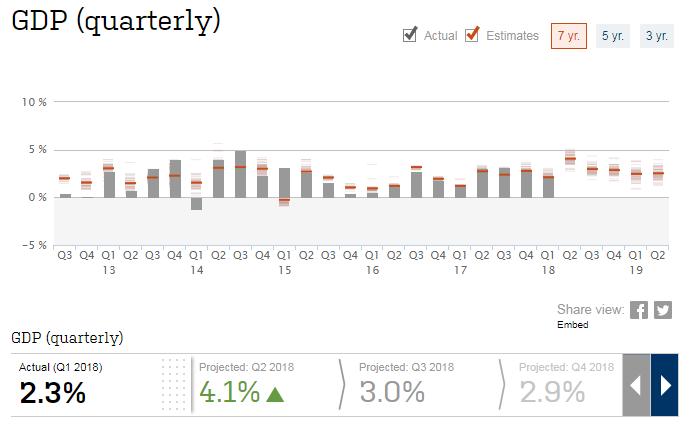 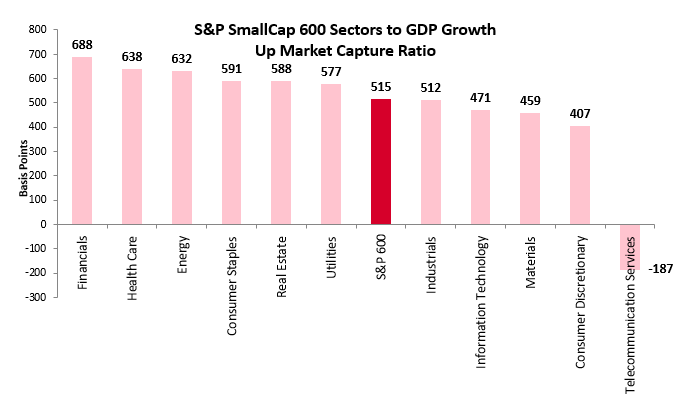 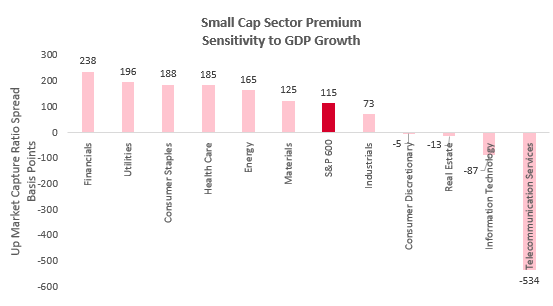 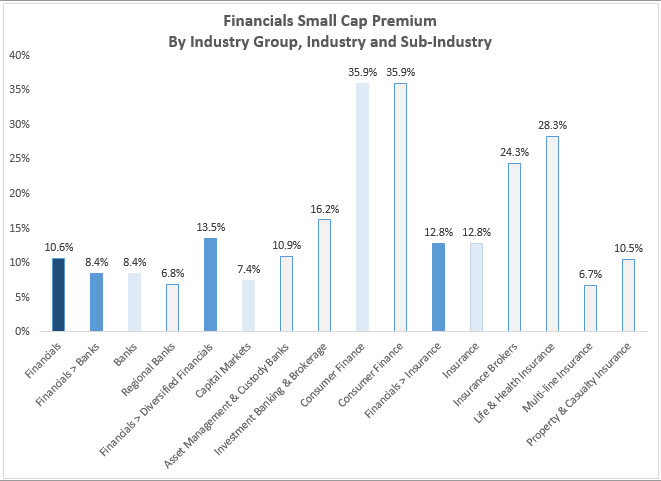 Source: S&P Dow Jones Indices. Small cap premiums are measured by price return of S&P 600 minus S&P 500 year-to-date through July 26, 2018. The sector is in darkest blue, industry groups are medium blue, industries are light blue and sub-industries are light gray with a blue outline. Only groups with stocks in both large cap and small cap are displayed.

Within the diversified financials, the small cap premium was greatest from the consumer finance industry that may be attributed to strong consumer spending that accounts for more than two-thirds of U.S. economic activity, and is likely being driven by lower taxes and a robust labor market.  Similarly, small consumer staples have been more greatly benefiting than their large cap counterparts, outperforming by 16.6% YTD.  Also contributing to the small cap premium in financials is the life and health insurance sub-industry and the insurance broker sub-industry, with respective small over large performance of 28.3% and 24.3%.  This goes along with the small health care companies have been outperforming their large counterparts significantly this year by an impressive 31.3%.

As U.S. GDP growth accelerates, small cap stocks may continue to outperform large caps, but only if there is quality as in the S&P 600.