In prior blogs,[i] we discussed the return contribution of mega-cap securities in 2017, as well as the impact of style classifications that may give small-cap active managers more autonomy to invest in significantly different risk exposures. In this blog, we look at active factor risks taken by active managers across three market-cap ranges against the appropriate S&P DJI style benchmarks.

Using the aggregate holdings of the managers[ii] and the Northfield US Fundamental Equity Risk Model, we observed the managers’ active exposures to systematic risk and whether those factor bets were rewarded.

Exhibit 1 shows the median fund’s[iii] active exposure for both book/price and log of market cap, which serve as the proxies for value and size factors, respectively. Funds have noticeably shifted their exposures to those two factors over the past 18 years. 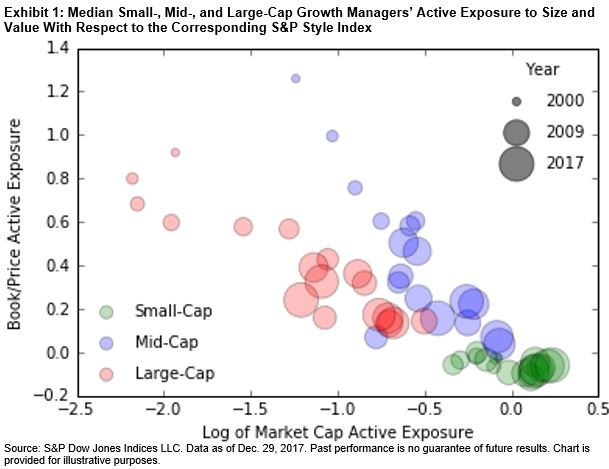 Undoubtedly, the longest-running equity bull market we have been experiencing since the 2008 global financial crisis influenced this gradual shift to neutral weight in the market-cap factor that we observed in actively managed funds. As market-capitalization-weighted benchmarks increased their index values, and with market beta responsible for 312% of average benchmark return (see Exhibit 2), active managers could not afford to have a sizable underweight to the market factor or a significant overweight to the size factor. 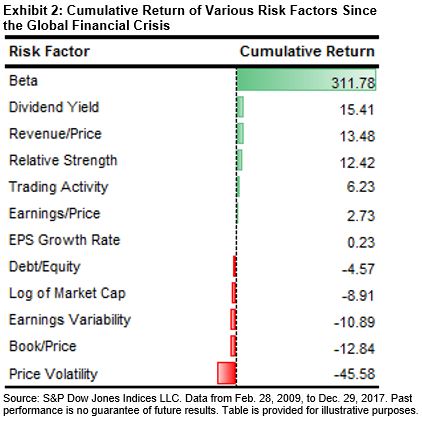 It is worth noting that the value factor performed rather poorly over the period from Feb. 28, 2009, until Dec. 29, 2017. Based on the Northfield US Fundamental Equity Risk Model, book/price returned -12.84% over this period. Among the five Fama-French factors, the value factor—as represented by high minus low portfolios formed by book/price ranking—returned -12.83% over the same period, compared with 37.95% delivered by the profitability factor.

It remains to be seen whether the size factor or the value factor will continue their performance cycle. One thing we can be certain of, based on the factor exposures of actively managed funds, is that active managers have displayed dynamic exposures to size and value factors, gradually shifting from active underweight to a more neutral position over time. That dynamic shift was in line with the performance of those factors.

[ii]   Fund holdings were sourced from FactSet’s Ownership database on a monthly basis for all available funds within the CRSP dataset. The funds that met the style criteria were then pulled out for this analysis.

[iii] On a monthly basis, the benchmarks’ factor exposures were subtracted from each fund’s factor exposures to arrive at the active exposure. The funds were then averaged across each factor and year to create an average yearly active factor exposure for each fund. The median within each market capitalization, year, and factor was then presented in Exhibit 1.

In January 2018, realized volatility (rolling 252-day) for the S&P 500 reached a 27-year low. Since then, volatility has been steadily creeping up and as of April 30, 2018, it sat at 12.1%—almost double the levels in January. Despite having increased significantly, volatility is still well below the historical average of 16%.

The recent increase in volatility was more or less distributed equitably across sectors. In the comparable time frame, volatility increased for every sector of the S&P 500. Notably, volatility in Technology jumped the most in the last three months while Utilities was relatively more stable.

In the latest rebalance, shifts in the sector weights of the S&P 500 Low Volatility Index® (the index tracks the 100 least volatile stocks in the S&P 500) mostly conform to the story that sector volatility conveyed. Real Estate, Consumer Staples and Utilities were the sectors that had the biggest increases. Most of those gains came at the expense of the Financials and Industrials. The biggest surprise was Technology, which had the biggest jump in volatility among S&P 500 sectors but only declined 1% in Low Volatility’s allocation. Historically, Low Volatility has typically held little to no weight in Technology so the sector’s recent prominence is certainly an anomaly. The negligible decline in Technology’s allocation despite experiencing the biggest increase in volatility points to pockets of stability at the stock level within this sector. 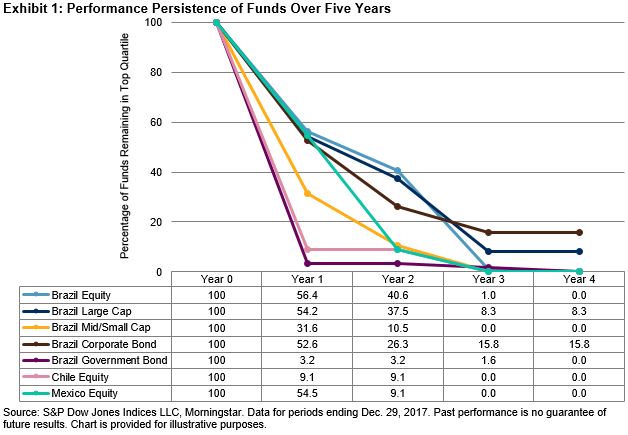 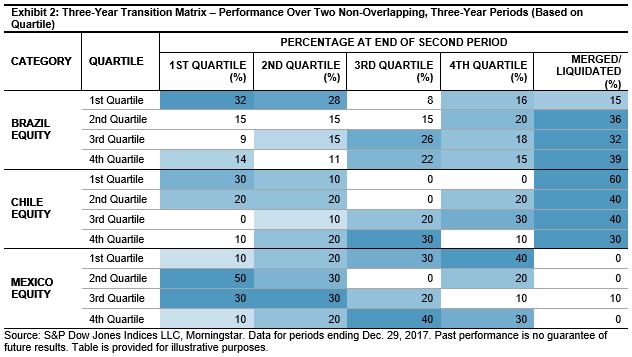