Which of the figures below belong together?

It’s obvious, even if analogies aren’t your strong suit, that A is like C and B is like D.  A and C are not like B and D.

The economic relevance of this simple visual exercise is this: At its March 2017 meeting, the Federal Open Market Committee voted to raise the federal funds rate, the second increase since 2008’s financial crisis. The Fed’s dot plots forecast more increases this year, and of course rising short term rates place pressure on the longer end of the yield curve as well.

Rising interest rates and their impact on equity markets have been a going concern for several years. Intuitively, many investors think that rising interest rates should be bad for the stock market. But recent history has shown that that’s not necessarily the case. From 1991 through 2016, there have been 129 months when the 10-Year Treasury Yield rose. Of these, the S&P 500 gained in 94 of the months and declined in 35—i.e. in a rising rate environment, the market was twice as likely to do well as badly. The common belief that there is an inverse relationship between interest rates and equity market performance is no longer a sure thing.  By extension, the question of rising rates’ impact on factor indices also arises.

This brings us back to our problem in analogies; here’s the same graph we looked at earlier, properly labeled: 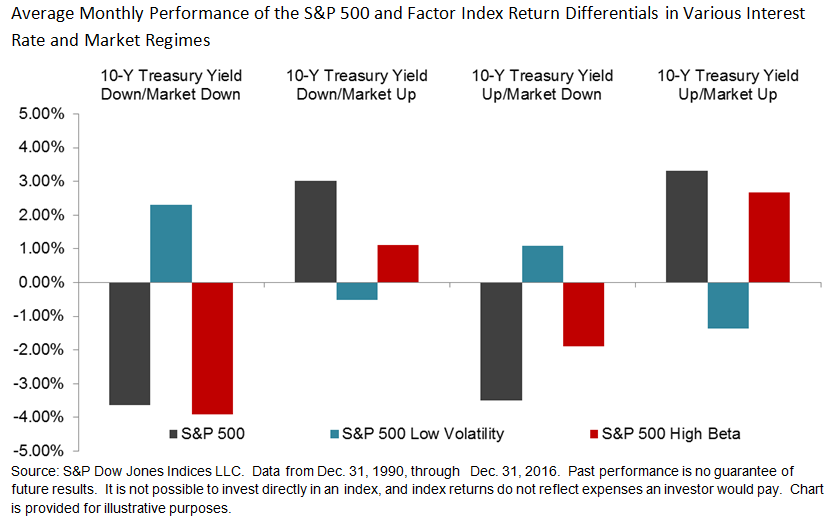 For certain strategies that are explicitly risk attenuators or risk amplifiers, the direction of the equity market has much more impact on their relative performance than does the direction of the bond market. For example, the S&P 500 Low Volatility Index tends to outperform in bad markets while lagging in good markets; the S&P 500 High Beta Index (a risk amplifier) exhibits the opposite pattern of returns. As the chart above shows, the average return spreads of Low Volatility were positive in the months when the S&P 500 was down and negative in the months when the S&P 500 was up—and vice versa for High Beta. This dependency on the broader equity market is consistent regardless of the direction of the bond market. 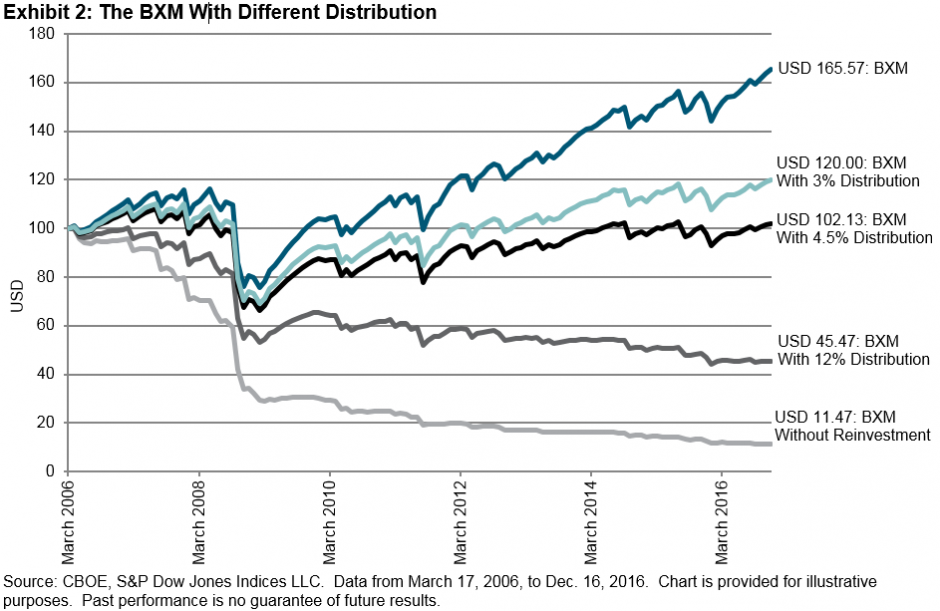 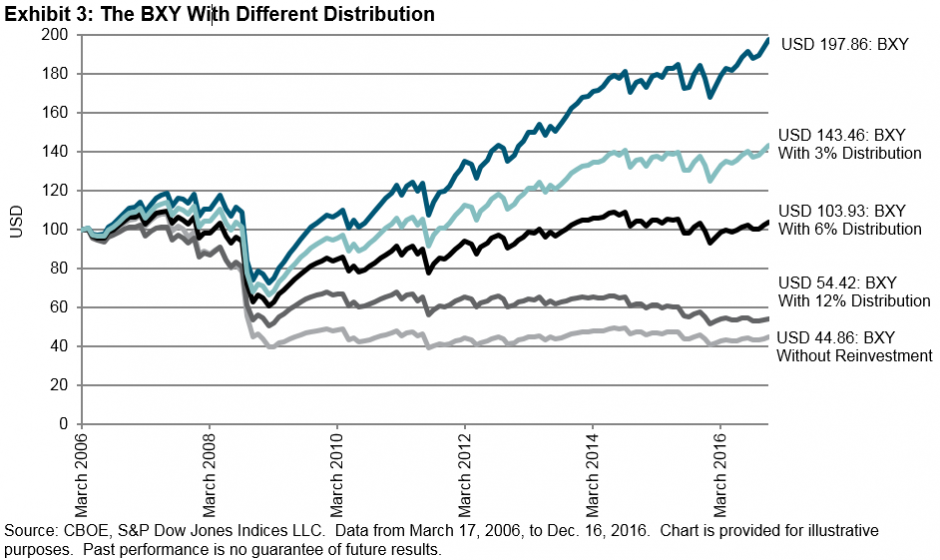 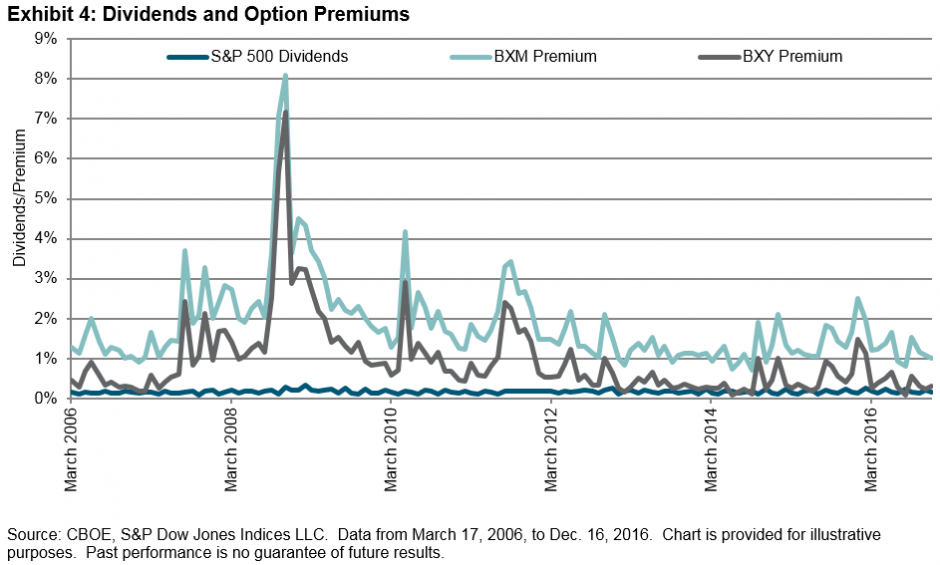 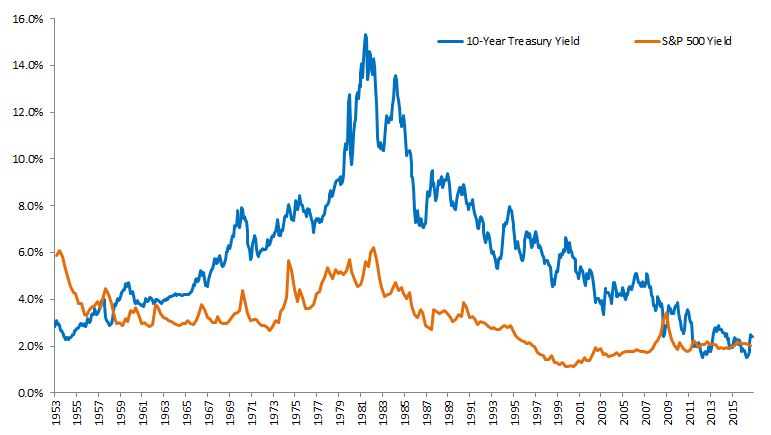