Oh well, the market is still our sweetheart, even if the returns are shorts.

Please note that the statistical data is based on publicly available information, most of which is available in S&P products such as Capital IQ, Compustat Research Insight and S&P Index Alert.  Analysis and projections are my own, and may differ from others within S&P/McGraw Hill.  Nothing presented is intended to, or should be interpreted as, a buy/sell/hold recommendation.

My notes vary in topics, but are market related. The intent is to quickly inform. The assumption is that you don’t need a basic education, editorial or sales pitch, just specific facts and maybe some observations. If the information does not suit your needs, please e-mail me and I will take you off the list. Unless otherwise noted all data is for public dissemination, and may not be used for commercial purposes.  Finally, any incoming correspondence from you will be considered confidential unless you specify otherwise.

The analyses and projections discussed within are impersonal and are not tailored to the needs of any person, entity or group of persons.  Nothing presented herein is intended to, or should be interpreted as investment advice or as a recommendation by Standard & Poor’s or its affiliates to buy, sell, or hold any security.  This document does not constitute an offer of services in jurisdictions where Standard & Poor’s or its affiliates do not have the necessary licenses. Closing prices for S&P US benchmark indices are calculated by S&P Dow Jones Indices based on the closing price of the individual constituents of the Index as set by their primary exchange (i.e., NYSE, NASDAQ, NYSE AMEX).  Closing prices are received by S&P Dow Jones Indices from one of its vendors and verified by comparing them with prices from an alternative vendor. The vendors receive the closing price from the primary exchanges.  Real-time intraday prices are calculated similarly without a second verification.   It is not possible to invest directly in an index.  Exposure to an asset class is available through investable instruments based on an index.  Standard & Poor’s and its affiliates do not sponsor, endorse, sell or promote any investment fund or other vehicle that is offered by third parties and that seeks to provide an investment return based on the returns of any S&P Index.  There is no assurance that investment products based on the index will accurately track index performance or provide positive investment returns.  Neither S&P, any of its affiliates, or Howard Silverblatt guarantee the accuracy, completeness, timeliness or availability of any of the content provided herein, and none of these parties are responsible for any errors or omissions, regardless of the cause, for the results obtained from the use of the content.  All content is provided on an “as is” basis, and all parties disclaim any express or implied warranties associated with this information.  The notes and topics discussed herein are intended to quickly inform and are only provided upon request.  If you no longer wish to receive this information or if you feel that the information does not suit your needs, please send an email to Howard.silverblatt@spdji.com  and you will be removed from the distribution list.  A decision to invest in any such investment fund or other vehicle should not be made in reliance on any of the statements set forth in this document.  Standard & Poor’s receives compensation in connection with licensing its indices to third parties.  Any returns or performance provided within are for illustrative purposes only and do not demonstrate actual performance.  Past performance is not a guarantee of future investment results.  STANDARD & POOR’S, S&P, and S&P Dow Jones Indices are registered trademarks of Standard & Poor’s Financial Services LLC.

The Congressional Budget Office (CBO), the government’s bi-partisan budget researchers released its latest report and projections for the federal budget deficit.  The deficit is back to the average percentage of GDP experienced since 1974.  The bulge in spending and the drought of revenues caused by the financial crisis is behind us.  The chart shows that the current gap is back to its average.

Fiscal policy – using taxes and spending adjustments to help guide the economy — has been pretty much off limits in recent years because the financial crisis pushed the federal deficit to almost 10% of GDP in 2009.  That was the highest level since the second world war when, with a largely controlled economy, the deficit was close to 27% of GDP in 1943. This doesn’t mean that we can spend like it was 2008 again.  In fact the CBO analysis points to a rise in the deficit as a percentage of GDP in another couple of years.  The “culprits” are an aging population, social security and health care spending.

There was other encouraging news about the deficit: the House of Representatives agreed to raise the debt ceiling through March 2015 without any conditions.  This means that citizens and investors will be spared battles and grand-standing about government shutdowns for a year.  A couple of words about the debt ceiling:  First, the deficit is not the same as the debt.  The deficit is the difference between government revenues and spending – if the government spends more money that it collects with taxes and fees, there is a deficit.  It borrows money to make up the difference instead of stopping its spending (although there are some politicians who would like it to just stop spending no matter who wouldn’t get paid.) The money the government borrows is the debt.  Some time ago, Congress began to worry about the growing government debt, even though the growth of the debt was due to laws for spending and taxes passed by Congress. So they passed a law to put a cap on the debt.  Now, whenever that cap is hit by growing debt the Congress debates and then raises the cap. If the cap weren’t raised, the US government wouldn’t be able to borrow to pay its bills,

Hopefully the recent progress on the deficit may inspire Congress to focus on spending, taxation and fiscal policy instead of the debt ceiling 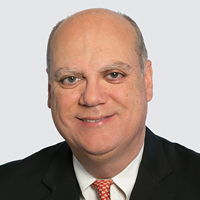