U.S. mid-cap equities – as represented by the S&P MidCap 400 – outperformed both their larger and smaller counterparts since the early 1990s.  In decomposing relative returns, sector analysis can be useful to understand the drivers of performance.  For example, the S&P MidCap 400’s underweight position in Information Technology at the start of the 21st century helped it beat the S&P 500 by a stonking 26.61% in 2000, the year the Tech Bubble burst. 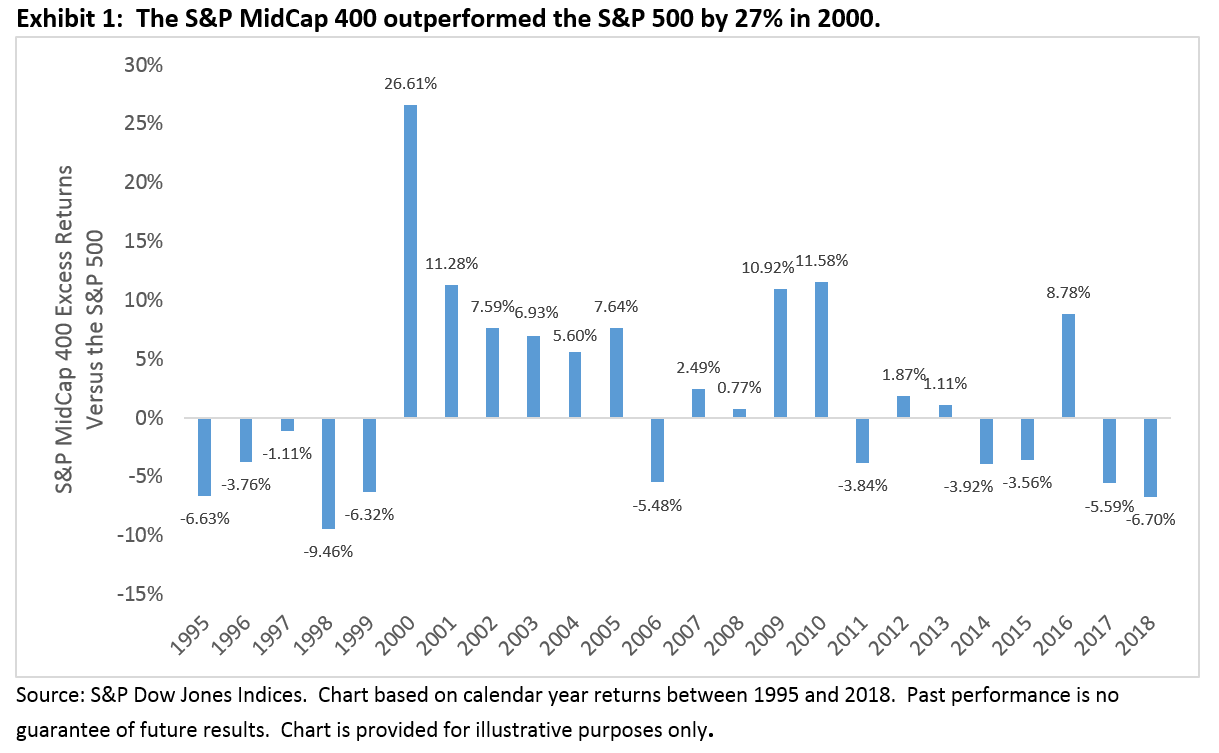 While sector allocations contributed to the S&P MidCap 400’s excess returns in 2000, the performance of mid-cap I.T. stocks also helped: the mid-cap benchmark’s Information Technology sector fell 4.7% in 2000 compared to a 40.9% plunge by the corresponding S&P 500 sector.  So which effect was more important in explaining the mid-cap index’s outperformance – its sectoral allocations or the selection of stocks within each sector? 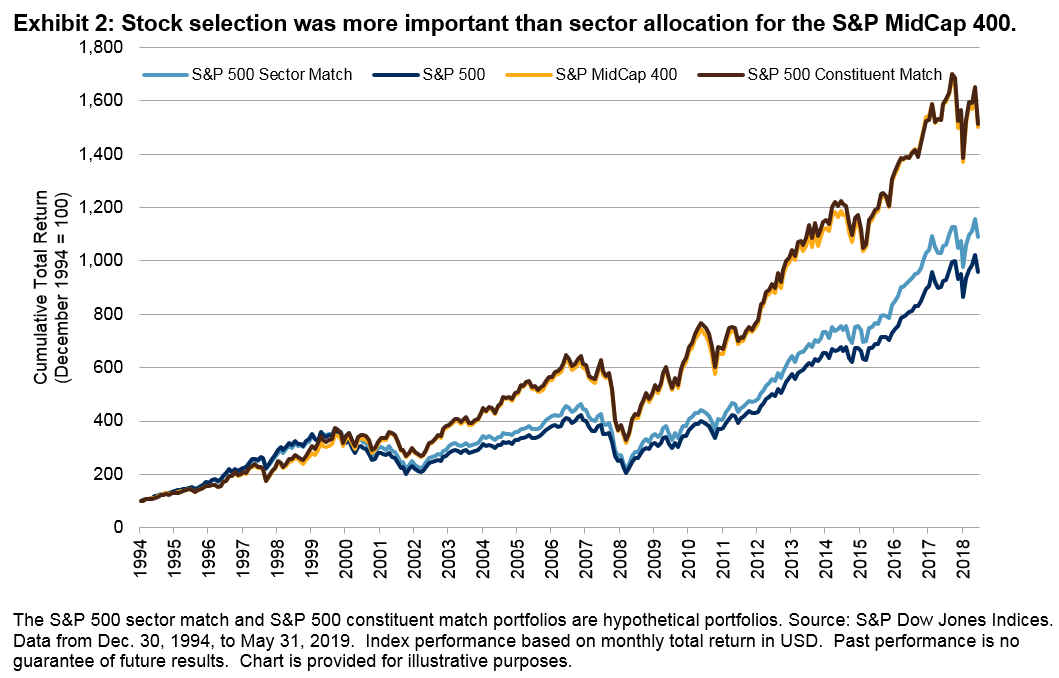 Quite clearly, the hypothetical “constituent match” portfolio offered almost identical return streams to the S&P MidCap 400; changing sectoral allocations did not have a material impact on relative returns.  Instead, stock selection within each sector was far more important in explaining the S&P MidCap 400’s outperformance; the “sector match” portfolio’s returns was much closer to the S&P 500.  Similar results were also observed when comparing the mid-cap index to the S&P SmallCap 600.

The relative importance of stock selection suggests that mid-cap companies may possess a strategic advantage relative to firms within different size ranges.  Indeed, mid-caps have generally overcome the risks of small-cap companies while remaining nimble enough to take advantage of growth opportunities that may be unavailable to their large-cap counterparts.