As far as equity investors might experience them, the risks of a potential “carbon tax” are more easily fathomed than the rewards.  Emissions data are available for most large companies and – taking basic assumptions on the likely form of taxation – we can easily examine which market segments face the greater risks.

Estimating The Impact of a Carbon Tax

In comparing tax sensitivity, the key comparison becomes one of efficiency. This is provided by a “revenue footprint”­, which is calculated for each company as the total emissions per U.S. $1 million dollars of revenue.  This, combined with an appropriate benchmark, allows for a revenue footprint to be calculated for overall markets, or segments, based on the characteristics of each component.

To provide an estimate of the tax liability, we assume a hypothetical flat rate of tax equal to $25 per tonne of carbon dioxide – a reasonable estimate if we rely on what has been proposed or implemented elsewhere in the world.  Combining this with the revenue footprint for the main regions and sectors composing the S&P Global 1200, we arrive at an estimated tax liability (per $1M of revenues) as follows: 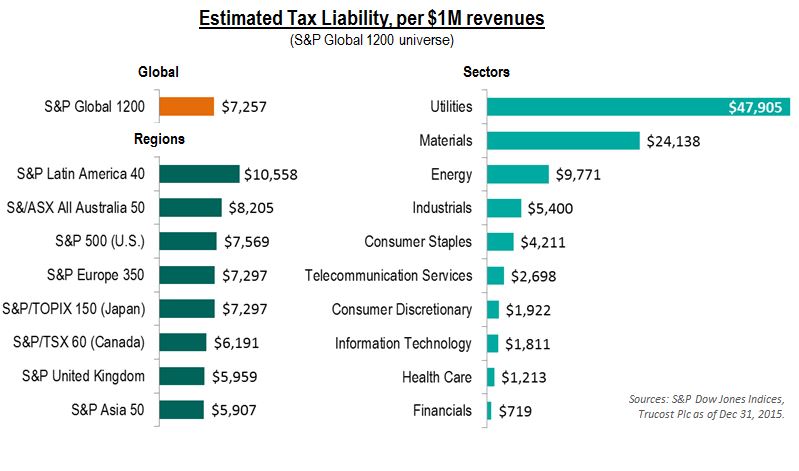 There is not a great deal of distinction between the different geographies.  Our Latin American benchmark faces the largest tax bill in proportion to revenues, followed by Australia and then the United States, but the bulk of major indices face a tax bill roughly in the range of 0.5% to 1.0% of revenues.

The variation among global sectors is far more dramatic, with several orders of magnitude separating the best, from the worst.  It is perhaps surprising that Energy is less at risk under this analysis than to both Utilities and Materials, although this highlights that it is the actual burning of fossil fuels, opposed to their extraction, that results in emissions.

Value Investors Could Be More At Risk Than Growth

This approach – of using a “revenue footprint” in combination with an estimate of likely taxation to measure risk – is not limited in application to sectors, or regions. Provided that the allocations are reasonably stable, a similar analysis may be conducted on any index, or portfolio. This allows us to make comparisons between, for example, growth and value investment styles.  Common sense suggests that the archetypical “value” company will be more carbon intensive: they are associated with significant fixed assets like factories and land, while growth archetypes are found in technology, capabilities, and intellectual property.

Indeed, based on a global classification of “growth” and “value” (as provided by the S&P Global BMI style indices), the results show a clear relationship between value/growth classification and potential tax risk.  Overall, value investments face likely tax bill that is around 50% higher as a proportion of revenues. 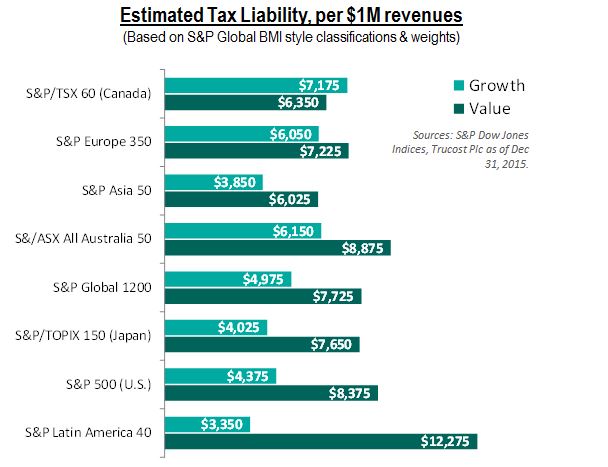 We don’t know whether a global carbon tax is coming, or what form it will take even if it comes.  But without it, it will be hard for national governments to meet the commitments they have made, especially as “big business” is only a small part of the problem.  And while investing in different markets across the world might result in a lower sensitivity to a putative carbon tax, a closer examination, particularly of sector exposures and growth/value tilts, may prove more useful in assessing the risks.

For more details on how the revenue footprint is calculated for each company, and index, as well as further analysis of the relative and absolute landscape of corporate emissions, see our inaugural S&P Dow Jones Indices Carbon Emitter Scorecard. 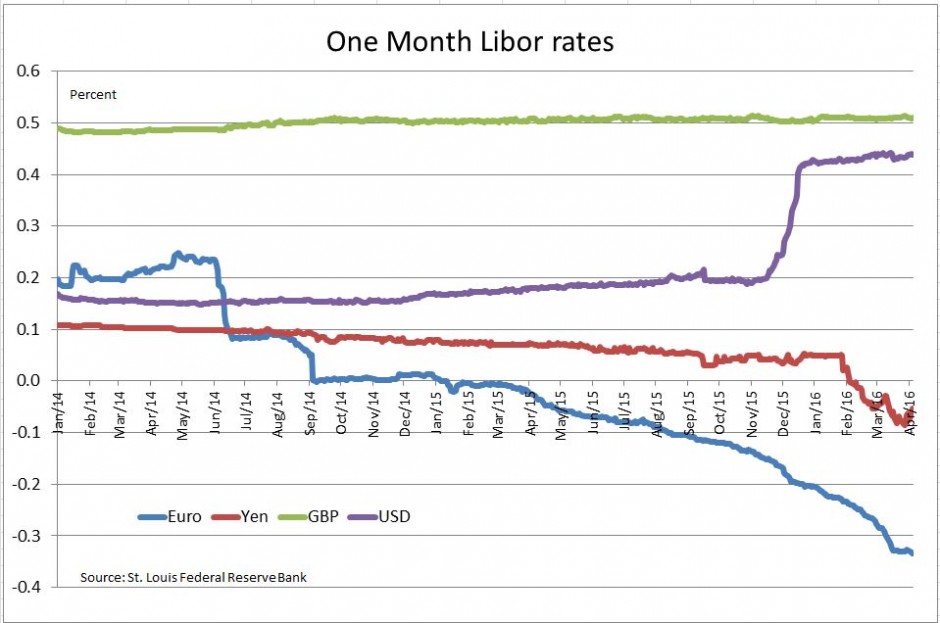 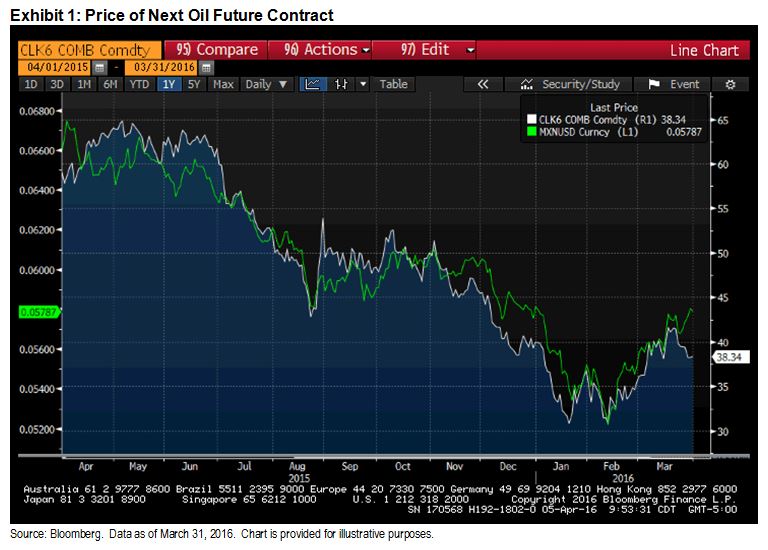 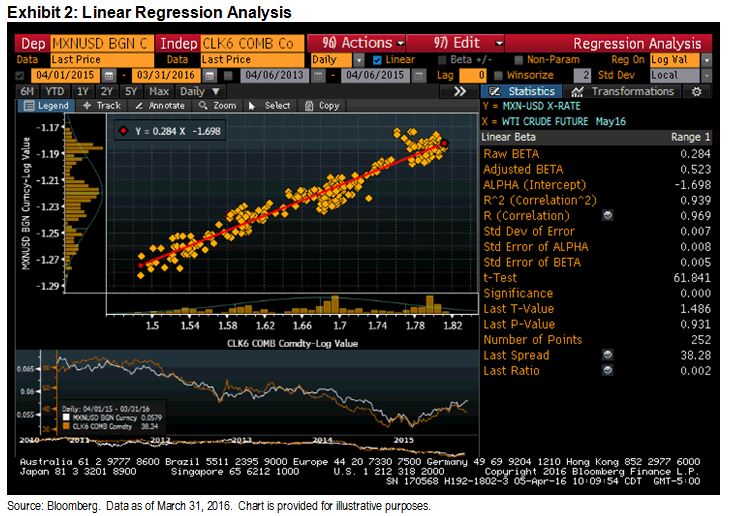 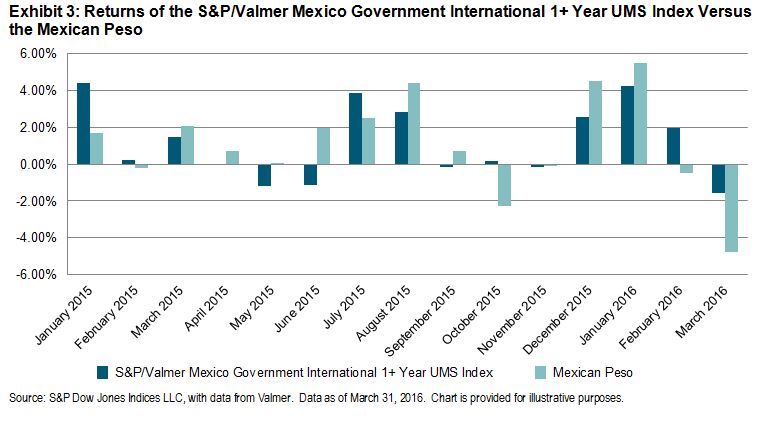