Why Oil Index Investors Should Be Flying High

Why Oil Index Investors Should Be Flying High

Today in the Wall Street Journal, there is an article, “Airlines Retreat on Fuel Hedging“, that highlights the losses airline companies suffered by hedging against oil and gas rises. However, the article also points out that not all airlines hedged, including American Airlines Group (NASDAQ: AAL), who enjoyed the benefit of cheaper fuel. Scott Kirby, president of AAL, was quoted, “hedging is just a rigged game that enriches Wall Street.”

Kudos to him and his shareholders for betting in the right direction. Not every commercial consumer (airline) made that choice, but the important point is that hedging against an oil price rise is a choice about managing risk. Hedging price risk to keep a company in business is not a Wall Street game, but it is possible Kirby was referring to Paul Cootner’s research from MIT in the 1960’s that explains commercial hedging as a highly specialized form of speculation.

In a letter to the FT, Hilary Till points out the futures markets exists to help companies specialize in risk taking by allowing them to use the basis risk, the difference between the spot and futures prices, to manage risk. This is helpful since the basis risk is more predictable than the commodity prices themselves. In the same article, Till points out Holbrook Working’s research from Stanford in the 1950’s showing that it is not necessarily precise daily correlation that matters for choosing a proxy hedge, but whether the proxy hedge provides a business with protection during a dramatic price move that could bankrupt a company.

This also true specifically in oil where there has been consistently more commercial short hedging than commercial long hedging.

The reason this is the case is supported by two economic theories: 1. Hicks’ theory of congenital weakness that argues it is easier for consumers to choose alternatives so they are less vulnerable to price increases than producers are to price drops, and 2. Keynes’ theory of “normal backwardation” that argues producers sell commodities in advance at a discount which causes downward price pressure, which converges to the spot at the time of delivery.

In the futures market, this gap needs to be filled between producers and commercial consumers that are hedging, opening the door for long commodity investors to earn a return called the insurance risk premium. This is illustrated by the bigger share of non-commercial longs than shorts.

Oil index investors that use long futures should be excited if all of the above holds true and airlines really are retreating on their hedging. The implication is that there may be a bigger risk premium to be earned as the net shorts grow (from the absence of airline long hedging.) The oil producers still hold more risk than commercial consumers and will likely pay investors to offset that risk. The timing may be perfect too with the signals that show oil may have bottomed. You can read about these two signals here and here.

More than a year ago, a number of commentators expressed confidence that 2015 would be the year when active equity management proved its value.  After all, the market had risen steadily for six years, and with stretched valuations, market volatility was likely to rise — creating opportunities for active managers to add value by skillful risk control.

This seems like a plausible theory — if only the facts had not conspired to rebut it.  Our SPIVA report for calendar 2015 shows that the majority of actively-managed U.S. mutual funds underperformed cap-weighted index benchmarks.  Similarly, the majority of large-cap institutional portfolios tracked in the eVestment database underperformed the S&P 500 Index.

Why was 2015 so difficult for active U.S. equity managers?  Answering this question requires us to distinguish between two oft-conflated concepts: the manager’s skill at stock selection or sector rotation, and the level of opportunity to demonstrate that skill.  Beyond observing that, in a market dominated by institutional players, the average manager cannot expect to outperform the market average, we have no particular insight into manager skill.  But opportunity can be measured systematically by the market’s dispersion, and dispersion in 2015, though slightly above 2014’s level, remained quite low by historical standards.

The level of a manager’s skill is independent of dispersion, but the value of his skill is dispersion-contingent.  The graph below illustrates this by reference to the interquartile range for large-cap U.S. managers in our SPIVA database.

The bars represent the difference between top quartile and bottom quartile managers or, crudely speaking, the performance gap between “good” and “bad” managers in each year.  The line is the average level of dispersion during the year.  It’s hardly a perfect fit, but nonetheless it seems clear that managers have more scope to demonstrate their skill when dispersion is high.

In most markets, dispersion in early 2016 was higher than its average 2015 level.  If this trend continues, 2016 could at last see the long-awaited stock pickers’ market, and a widening of the gap between top and bottom performers.  If dispersion reverts to its 2015 levels, however, even good active managers will continue to face a challenging environment. 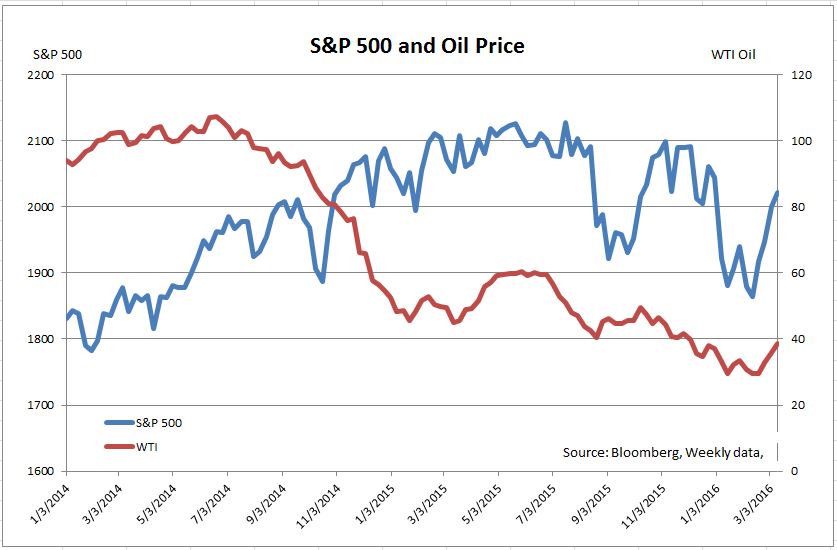