In the past 18 months, currency hedging has become one of the hottest topics in the investment community.  As the U.S. economy strengthens and decouples from the rest of the developed and emerging economies, and as there is unprecedented quantitative easing by the Bank of Japan and the European Central Bank, it is nearly inevitable that the U.S. dollar will rally strongly against other major currencies.  The movement into currency-hedged, passive investment products has been  strong, as investors seem to be looking at their non-USD exposure.

For a USD investor, currency hedging has long been part of fixed income portfolio management, as currency volatility plays a significant role in international bond returns.  However, it is not as prevalent in equity investing.[1]  That has been changing as the spreads between hedged international equity portfolios and unhedged international equity portfolios has widened considerably in recent months, and they may widen even more, all else being equal, if other major currencies continue to weaken relative to the U.S. dollar.[2]  For example, the S&P Global Ex US LargeMid BMI Index returned -3.02% in 2014, while its USD-hedged counterpart delivered 6.04% during the same period, representing over 900 bps in performance differential.

The impact of currency hedging has investment implications beyond just returns and volatility.  Those that are tasked with evaluating managers can observe that during periods in which the U.S. dollar is increasing, a manager’s decision to hedge or not to hedge the currency exposure could mean the difference between underperforming and outperforming, depending on the benchmark used.  This can be noted in the relative out/underperformance percentages of actively managed international equity funds and fixed income funds against their respective USD-hedged and unhedged benchmarks over the past 12 months ending Dec. 31, 2014 (see Exhibits 1 and 2).

The stark difference in performance between those managers, depending on the benchmark used, highlights the potential need for investors to consider currency management in the near to medium term when it comes to international investing.  While it can be argued that the currency hedging decision is one of active management that should be left to professional investors who can make those calls based on macroeconomic conditions, investors allocating capital to active managers may need to dig deeper and understand what type of returns they may be getting.  In addition, they must carefully consider what an appropriate benchmark should be for those international investment returns.  Comparing the returns of a hedged portfolio with those of an unhedged benchmark may not be an apples-to-apples comparison, as the active currency bets that the managers are taking are not captured in the unhedged benchmark returns. 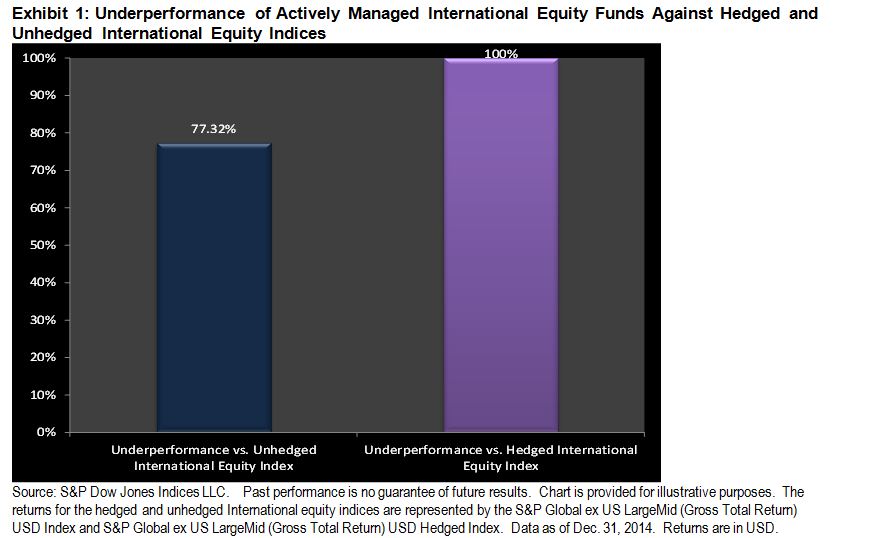 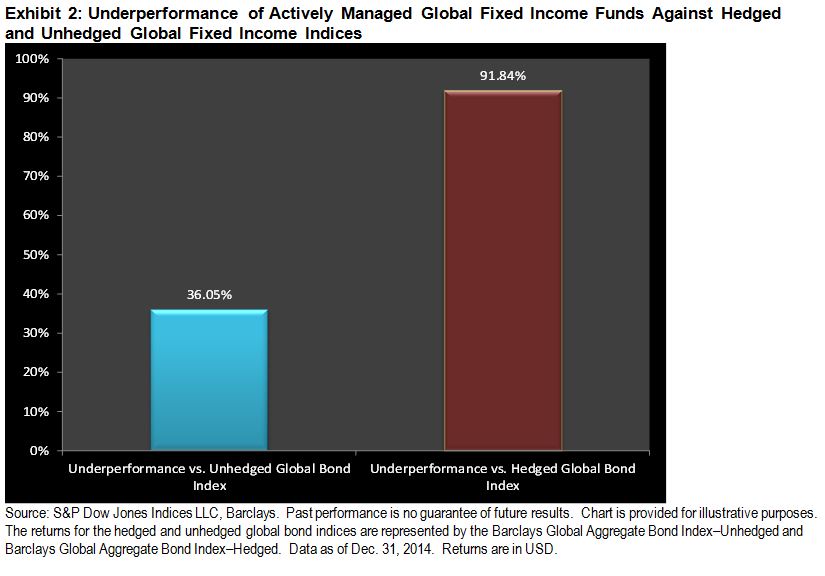 [1] To be fair, the decision to not hedge the currency exposure in international equities during the past decade had a lot to do with the weak U.S. dollar against major currencies.

[2] Over the long term, hedged and unhedged international equity portfolios have tended to perform similarly.