Ports in the Storm

Ports in the Storm

Since last fall, the S&P 500 has gone through three distinct downdrafts.  Between September 18 and October 15, the index fell by 7.3%.   It recovered that lost ground, and then some, rising

The net of these gyrations is a total return of 0.6% in the 82 days since September 18, but with heightened volatility; the standard deviation of daily returns for the S&P 500 was 14.5%.  In the 82 days prior to September 18, the standard deviation of daily returns was only 8.0%.  So we have just come through a period that is relatively directionless but quite choppy; investors who are preoccupied by the chop may not even notice that their total returns are still positive.

One of the notable things about directionless, choppy markets is that defensive strategies tend to do surprisingly well.  The S&P 500 Low Volatility Index, e.g., rose by 8.7% since September 18 — mitigating the three periods of decline, while lagging the S&P 500 during its rebounds.  This pattern of protection in down markets and participation in up markets is typical of low volatility strategies, and seems to occur on a global basis.   The low volatility flavors of the S&P 400 and S&P 600 also provided protection in the recent down periods and participation in the up moves.  It’s not perfect protection, obviously, and it’s not full participation, but the record shows that all three low vol indices performed as we would have expected.

We’re dealing with only four months of data, of course, and past performance is never a guarantee of future results.  And it’s fair to say that low vol strategies have historically lagged in a strong market advance.  But for investors who want equity exposure, would prefer a smoother ride, and are willing to underperform in a strong market — low volatility strategies may offer a comfortable port in the storm.

Real estate and bonds show little relationship with oil with correlations of 0.18 (REITs), 0.07 (S&P Case Shiller) but VIX is the one asset with even moderately negative correlation with oil of -0.32. 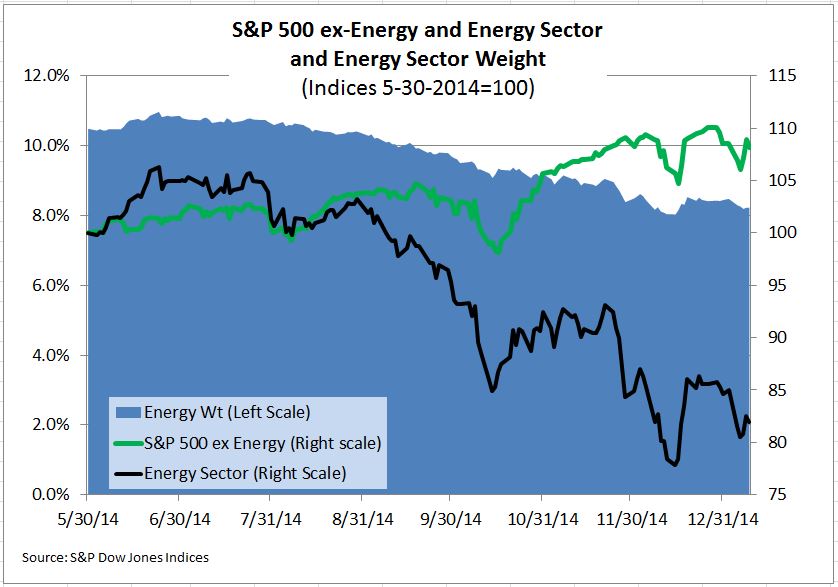