Now Your Penny Is Worth More: It's What's On The Inside That Counts

Now Your Penny Is Worth More: It's What's On The Inside That Counts

Do you know what is inside that seemingly copper penny? It may be more valuable than you think. I’ll give you a hint: It rhymes with think.

Inside the industrial metals, we usually speak of copper and aluminum, especially in the context of the spread trade where it seems aluminum is perpetually more abundant than copper. Also, copper has a reputation, though not well-deserved in my opinion, of predicting the health of the economy, earning a nickname of “Dr. Copper.”

However, this year, nickel has taken center stage as the new gold for 2014 as Indonesia bans exports in an effort to grow its domestic stainless steel industry. It is unusual to see nickel in the spotlight given most people are unaware of its common applications, but the YTD return of almost 40% is hard to ignore. ZInc is not unlike nickel in that its main use is as an alloy, used mostly to strengthen the stars of the show.

Did you know Zinc is the primary metal used in making American pennies? 97.5% of every penny made since 1982 is zinc. Zinc is found almost everywhere in daily life: in every cell of the human body, in the earth, in the food we eat and in products we use such as sunblock, cosmetics, automobiles, airplanes, appliances, batteries, musical instruments, surgical tools and zinc lozenges. Further, zinc is the third most used nonferrous metal (after aluminum and copper), of which the U.S. consumes more than one million metric tons annually; the average person will use 730 pounds of zinc in his or her lifetime, according to the U.S. Bureau of Mines.

In the DJCI and S&P GSCI, zinc is weighted just like the alloy it is, about 2% in DJCI and less than 1% in S&P GSCI. However, it is now becoming noticeable for its returns. For the first time since 2005-06, there are two consecutive months where the total returns are greater than 7.5% in each month – June and July through the 25th. The S&P GSCI Zinc index levels are now at the highest in 3 years.

Zinc is the best performer in the indices in July MTD, bringing its YTD performance to 14.8%, which is strong but not a standout in a year like 2014.  Generally low inventories coupled with recent strong Chinese industrial demand growth is driving the price increase. Data from last Monday showed China’s zinc imports rose 123.55% in June year on year to 68,475 tonnes. Also, zinc prices have been driven higher this year by a paucity of big mine projects just as existing mines such as Century in Australia dry up.

By lunch time next Friday (August 1st) we will have many more numbers about the economy, maybe we will know more about the economy.   The week starts slow with pending home sales on Monday, likely to show that sales of existing home are okay. Tuesday brings the S&P/Case-Shiller Home Price Indices; recent months revealed that the pace of price increases is slowing.  After warming up with two days of data, Wednesday brings second quarter GDP and the Fed’s announcement following its two day FOMC meeting.  Betting on GDP is for a solidly positive report of up 2.9%, reversing the first quarter plunge.  Thursday is a momentary relief from the data deluge with only the weekly initial unemployment claims. This series has been sending very bullish economic signals lately.  Lest any number crunchers be tempted to rest on Friday the chatter begins at 8:30 AM with the July Employment Report, followed by auto sales and the ISM Manufacturing report.  If that’s not enough, two consumer sentiment reports and June personal income numbers are due during the week.

The most interesting item will be the Fed’s statement following the FOMC meeting.  Attention is rapidly shifting to the question of when will the central bank begin raising interest rates and how it will do so. The economy is looking stronger and this week’s numbers are likely to make it look even better: second quarter GDP growth, another month of job gains comfortably over 200,000 in July, auto sales holding steady and the ISM numbers slightly higher.  While most of these will be reported after the FOMC meeting and Fed summary, everyone will be looking for some hints about the long-awaited move on interest rates.  Moreover, the Fed has taken both quantitative easing and inflation fears off the table. The minutes of the last meeting, released a few weeks ago, confirmed that bond buying and quantitative easing will end in October.  Contrary to some commentators worried about inflation, the Fed does not see signs that price rises will accelerate over the next few quarters.  Further, even if a slight rise in its preferred inflation gauge, the PCE deflator, appears in the June personal income and outlay numbers on Friday the Fed is not likely to react.

The Fed won’t offer a clear signal or a date for a rise in interest rates. However, its comments, combined with remarks from some FOMC members in recent weeks, will lead analysts to expect the move to be sooner rather than later. The second half of 2015 seems too far away unless the economy suddenly sours; a better bet is Spring 2015 when the unemployment rate is likely to be between 5.5% and 6% and the economy will have a string of four quarters of respectable growth.   Since the Fed’s balance sheet will still be above $4 trillion then and since excess bank reserves will still be massive, the Fed action is likely to consist of an increase in the interest rate paid on excess reserves combined with reverse repos to boost the short term interest rate floor.  Given that inflation will still be modest and that some time is needed for everyone to fully understand the new operating procedures, the Fed will probably move gradually – no 50 or 75 basis point jumps. However, the first Fed rate hike after a long period of monetary ease usually spooks the market. 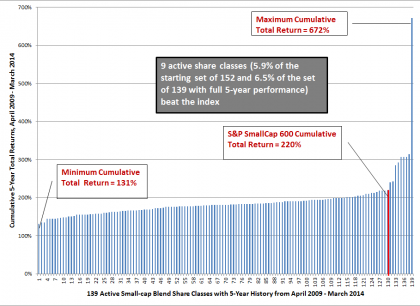