Some stock selection schemes seem silly.  This weekend’s Wall Street Journal reports the results of two hypothetical portfolios which are clearly intended to be nonsensical.  One example, the so-called “Graham and Buffett Portfolio” comprises stocks whose ticker symbols consist only of the letters found in the names “Benjamin Graham” and “Warren Buffett.”  Silly it may sound, but a 20-year backtest of the Graham-Buffett portfolio shows that it handily outperformed the S&P 500.

The Journal argued that these results depend on data mining — that is, the ability of backtesters to keep trying various rules until they find “something, anything, that would produce groups of stocks with high returns.”  “Data mining” thus connotes a degree of intellectual dishonesty.  We agree that investors should regard any backtest results with a fair degree of skepticism, but the explanation for the Journal and Vanguard results may be much simpler — and reveal an important truth.

Building a portfolio, in either a backtest or real time, is a two-stage process:

Equally-weighted indices tell us the performance of the average stock in the selection universe.  What return should we expect if we pick stocks randomly (or with a selection rule that is no better than random)?  With enough trials and enough time, random selection will produce the return of the average stock in the index. That means that the best estimate of the return of a randomly-selected portfolio is the return of an equal-weight index.  Over time, and certainly during the interval covered by the Journal and Vanguard portfolios, equal-weight indices outperformed their cap-weighted counterparts.

The Journal/Vanguard results are not only, and arguably not most importantly, about the perils of relying on backtests.  The most important point they illustrate is that equal weighting creates a powerful tailwind for a strategy’s performance.  Astute portfolio construction can mask flaws in security selection.

This morning’s Wall Street Journal advised us that the performance of many large institutional investors has lagged that of the equity market since the beginning of the recovery five years ago.  The Journal attributed this performance gap to institutions’ moves into alternative investment categories such as hedge funds and private equity.  The explanation may be even simpler than that.  Any large endowment or pension fund will be diversified across a number of asset classes, and by definition the whole portfolio must underperform its best-performing component.

As a group, passive managers accept the market’s return, which means that as a (weighted) group, active managers must also accept the market’s return.  But the cost of running an active strategy means that the average active manager will typically underperform an index appropriate to his investment style, as our SPIVA reports have long demonstrated.  All the children in Lake Woebegon may be above average.  The average active investor is not. 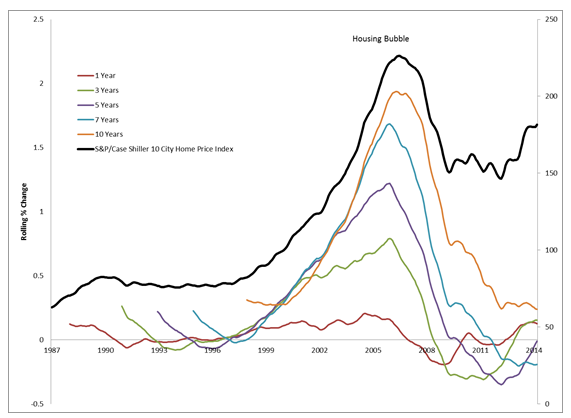 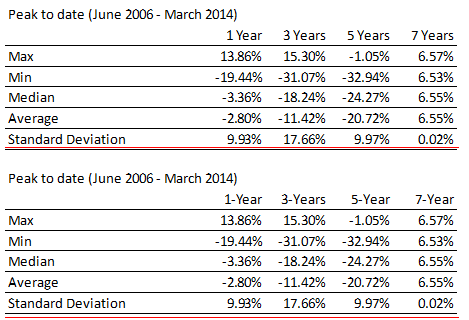