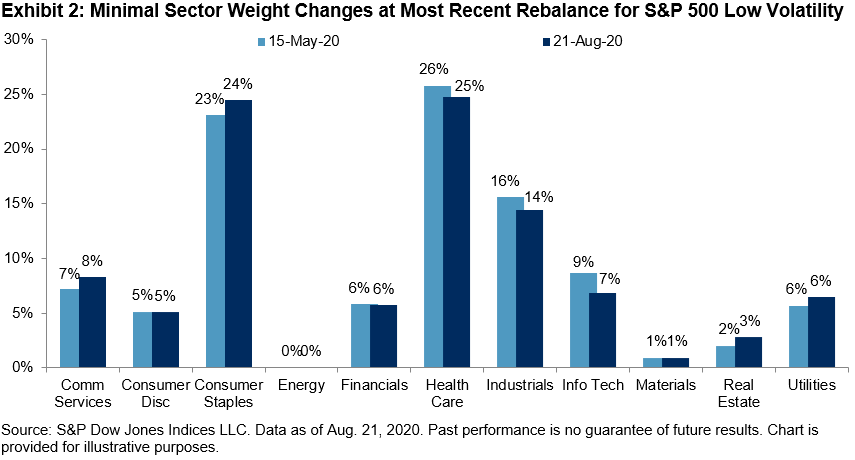 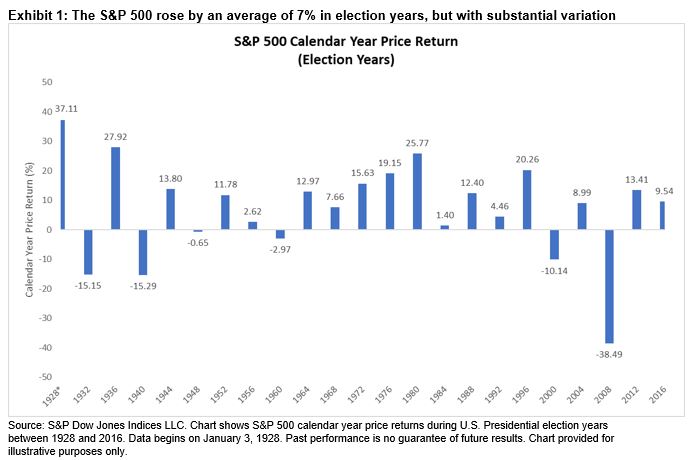 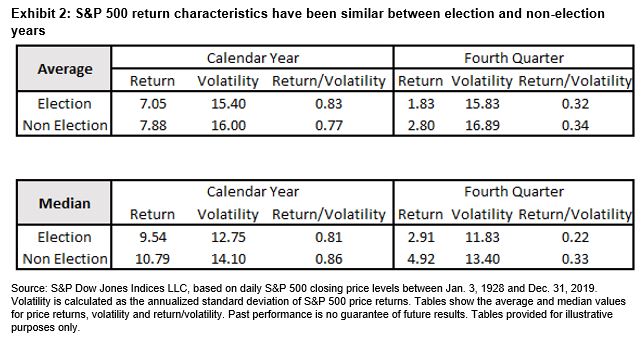 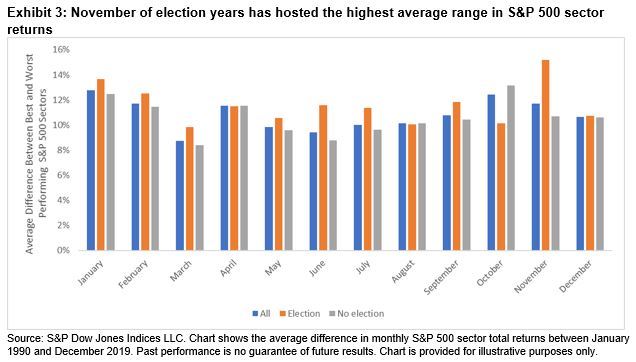 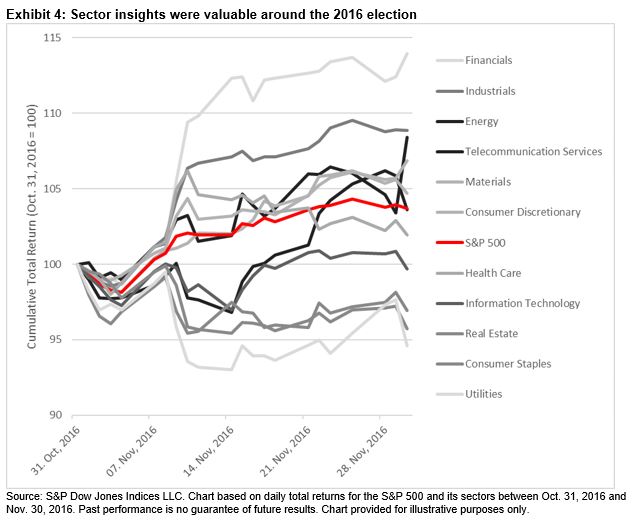 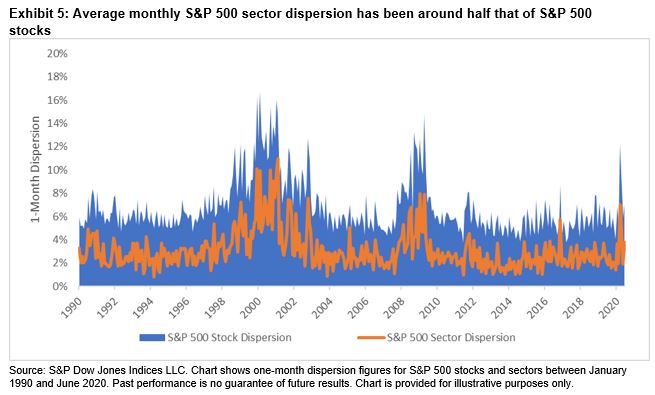 In its Q3 2020 refunding statement1 released on Aug. 5, 2020, the U.S. Treasury announced its plan to increase auction sizes across all nominal coupon tenors over the August-October quarter, with larger increases in longer tenors (7-year, 10-year, 20-year and 30-year).

To gauge the demand appetite for U.S. Treasuries, let’s review the size and composition of U.S. Treasury holdings by one of the larger buyers these days, the Federal Reserve. Since March 2020, the Federal Reserve has stepped in with a broad array of actions to limit the economic damage from the COVID-19 pandemic, including the resumption of security purchases. On March 23, 2020, the Fed made the purchases opened, saying it would buy securities “in the amounts need to support smooth marketing function and effective transmission of monetary policy to broader financial conditions.”

Exhibit 1 shows the significant increase of the Fed’s security holdings. Since the end of February 2020, the total amount of securities held in the Federal Reserve System Open Market Account (SOMA) increased from USD 3.8 trillion to USD 6.2 trillion, with 69% of that increase (USD 1.6 trillion) in U.S. Treasury notes and bonds. Exhibit 2 shows that as of the end of July 2020, the Federal Reserve held 28% of outstanding U.S. Treasury notes and bonds, the highest since 2003, compared with 11% in March 2009, when the Fed announced U.S. Treasury purchases in QE1. 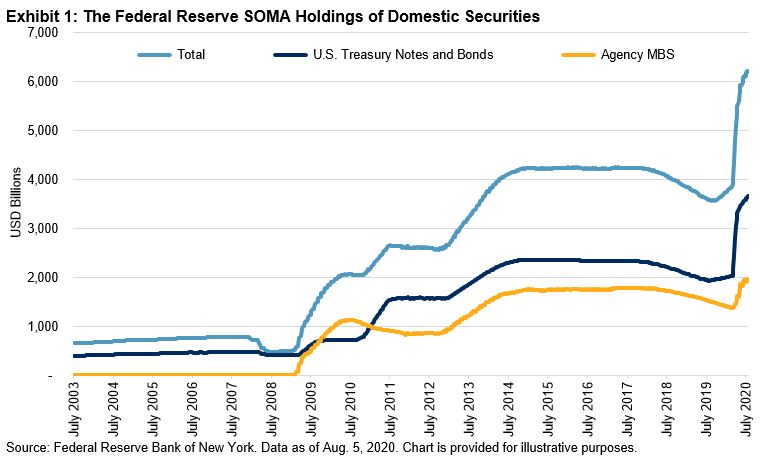 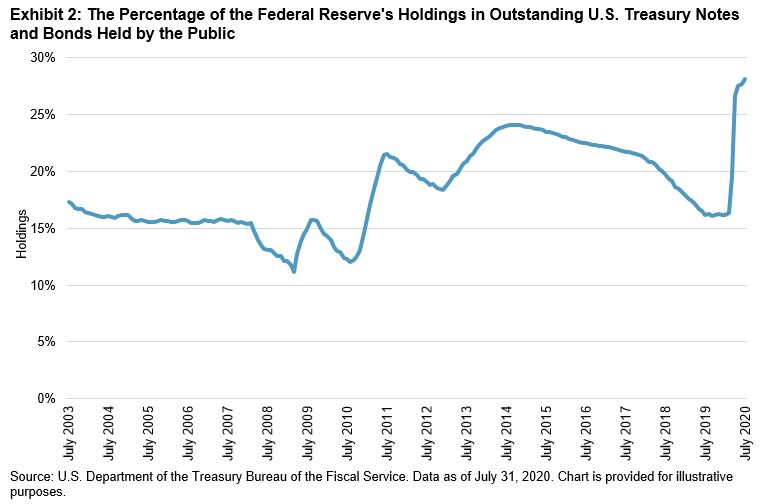 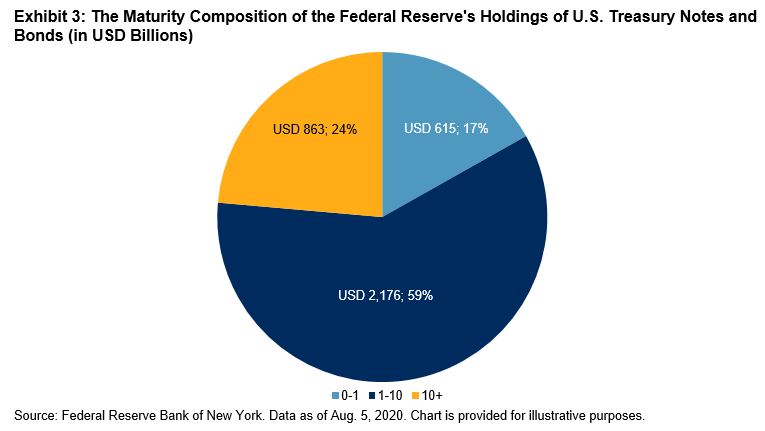