At the General Election on Thursday, U.K. voters handed a resounding victory to Boris Johnson’s Conservative party.  The British electorate awarded the party with 365 out of 650 seats, the largest outright majority of any U.K. government since 2001, and the biggest victory for the Conservative party since Margaret Thatcher’s final victory in 1987. 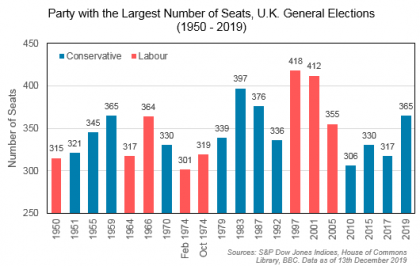 For once, the polls largely got it right.  A conservative majority had been predicted ever since Johnson’s elevation to Prime Minister on July 23rd, 2019; the market’s reaction on Friday continued along the line of established trends.   Exhibit 2 shows selected winners and losers from Friday’s trading, as well as the cumulative performance of the same indices since the mid-summer. 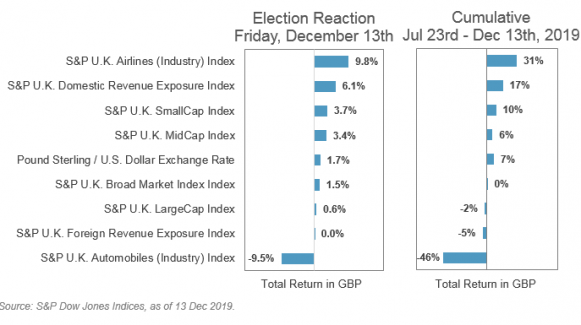 In signs that the market believes the U.K. economy may benefit in the near-term, smaller U.K. companies outperformed larger companies, and companies with more domestically-focused revenues outperformed those with a more international customer base.  Airlines, which had been hammered by the twin threats of a “no deal” Brexit and the Brits’ diminishing holiday purchasing power, soared.  Meanwhile the automobile industry, perhaps nervously anticipating the focus of U.S. / U.K. trade talks, added to the recent declines.

With the pound sterling moving 7% over the past five months, it is tempting to wonder if currency movements (and sensitivities to exchange rates) offer a universal explanation for the recent, relative performances of British equities.  Even in U.S. dollar terms, however, U.K. companies tilted towards domestic customers have made significant gains since June, rising by more than a quarter in total return.  Over the same period, internationally-focused U.K. firms finished flat. 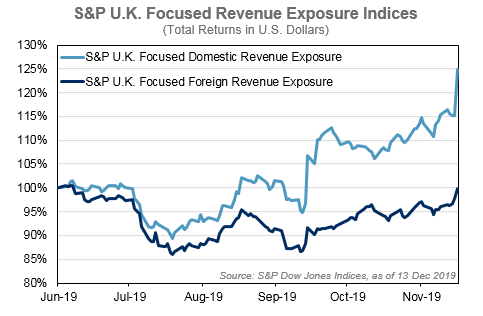 The U.K. economy, widely viewed as a difficult and stressful place to invest during the fragile governments of former Prime Ministers May and Cameron, may be becoming “investable” once more as the impasse in parliament unblocks.  However, there remains much to do before the U.K. can emerge from negotiations with its European partners.  While the current focus is the exit terms from the trading bloc, a negotiation on the terms of future trade must follow.

While many investors appear to believe that winners persist over time, the most recent S&P Persistence Scorecard underscores the well-known disclaimer that “past performance is no guarantee of future results”: irrespective of asset class or style focus, few fund managers consistently outperformed their peers.

Some market participants believe that active managers with successful track records should have the skills to benefit from different market environments. However, volatility in the one-year period ending September 2019 did not help their persistence scores.

The market experienced ups and downs in the past year amid the uncertainty over Fed policy and trade tensions between the U.S. and China. The sell-off in the fourth quarter of 2018 was offset by the strong rally in the first six months of 2019, the best-performing first half of a year since 1997. For funds categorized as top performers in September 2017, 47% maintained their top-quartile performance in the subsequent year. However, there was a dramatic fall in persistence afterward—just 8% of domestic equity funds remained in the top quartile in the three-year period ending September 2019. Given that the random odds of a top-quartile manager in year one staying in the top quartile in the subsequent two years is 25% * 25% = 6.25%, it appears that top managers in the rising market prior to Q4 2018 navigated the subsequent market turmoil only marginally better than a random drawing.

The S&P Persistence Scorecard also shows that a decline in persistence scores was prominent in small- and mid-cap funds when compared with results from March 2019. 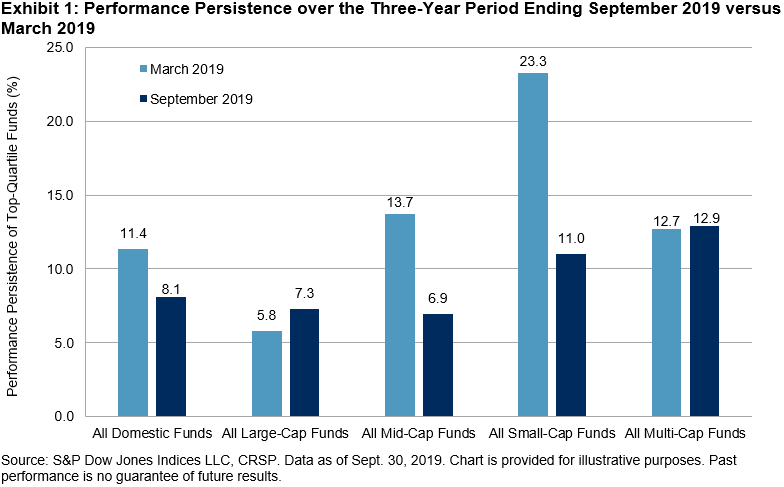 Our latest persistence scorecard highlights the challenge for active managers to consistently beat their peers. If a market participant selects a manager based only on past performance, the chance that the manager would remain in the leading pack is not a far cry from a random drawing. 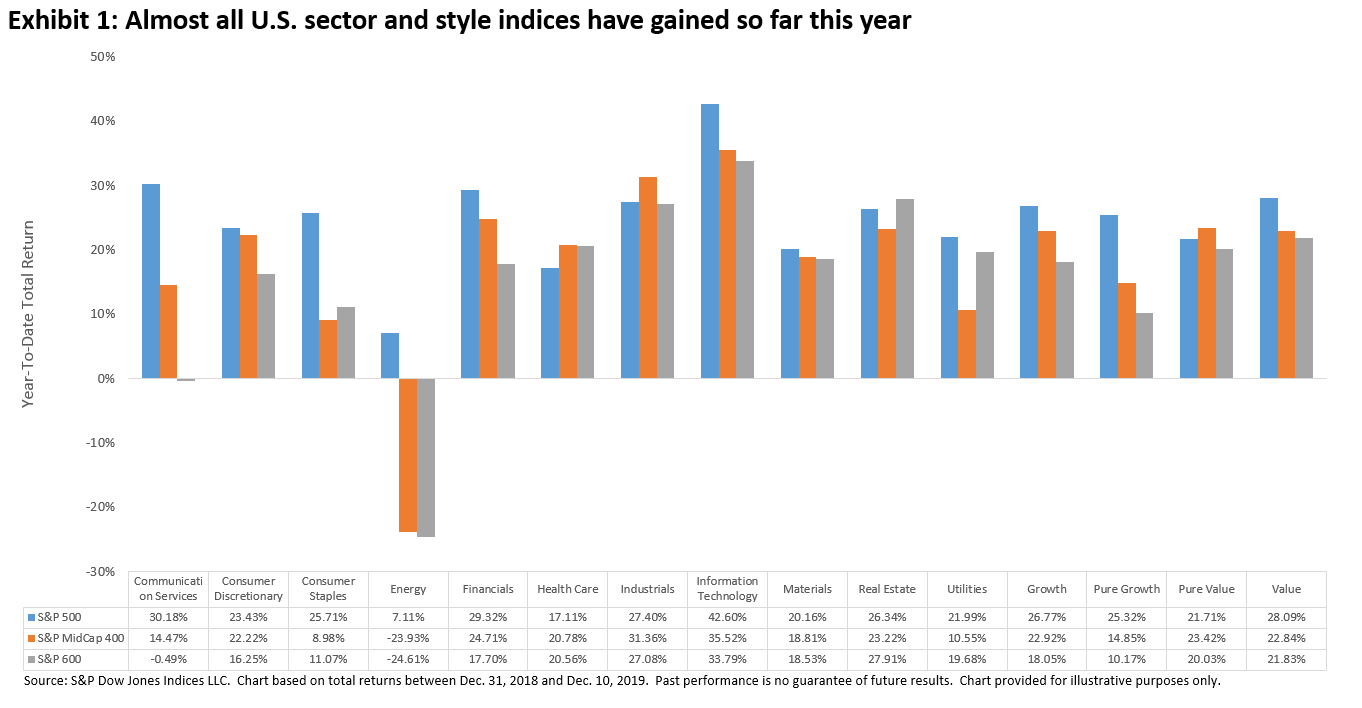 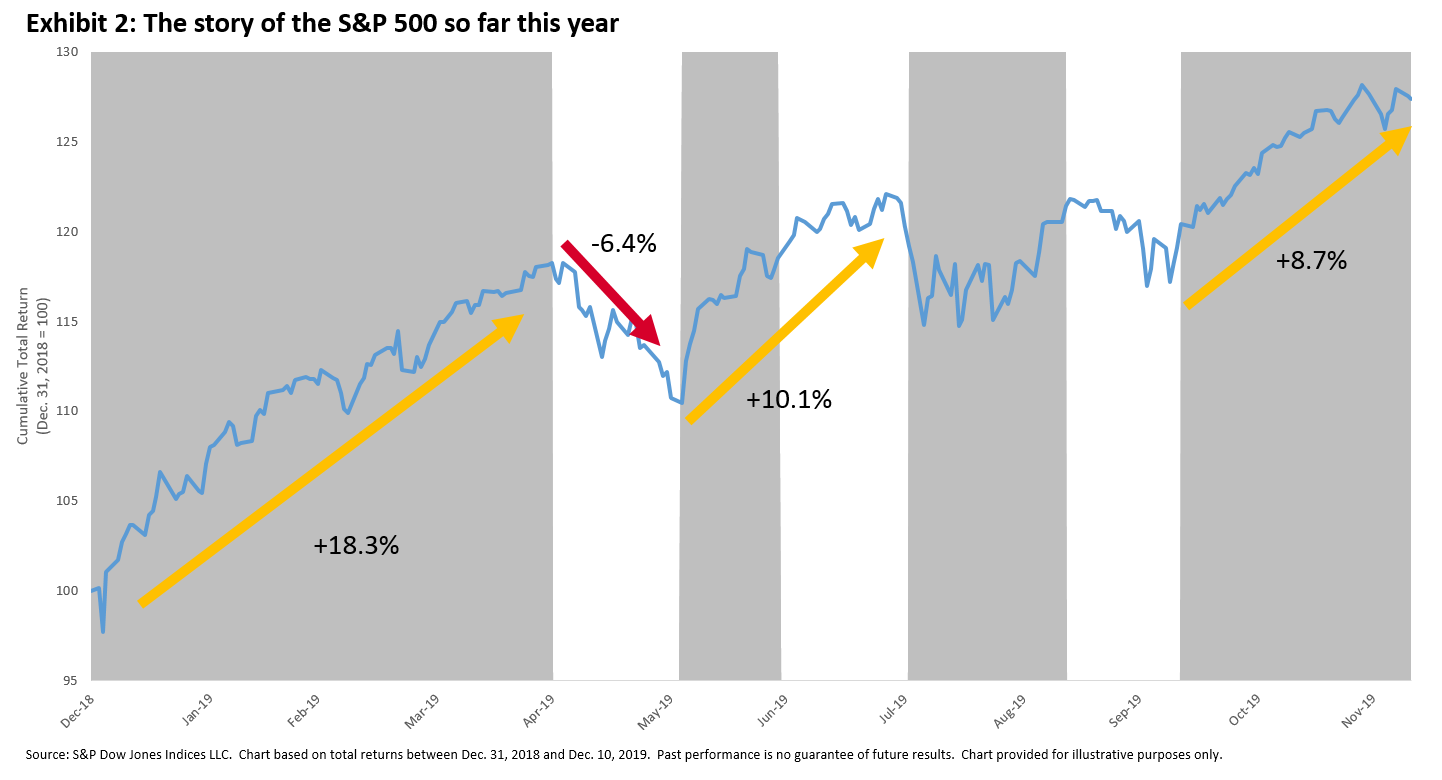 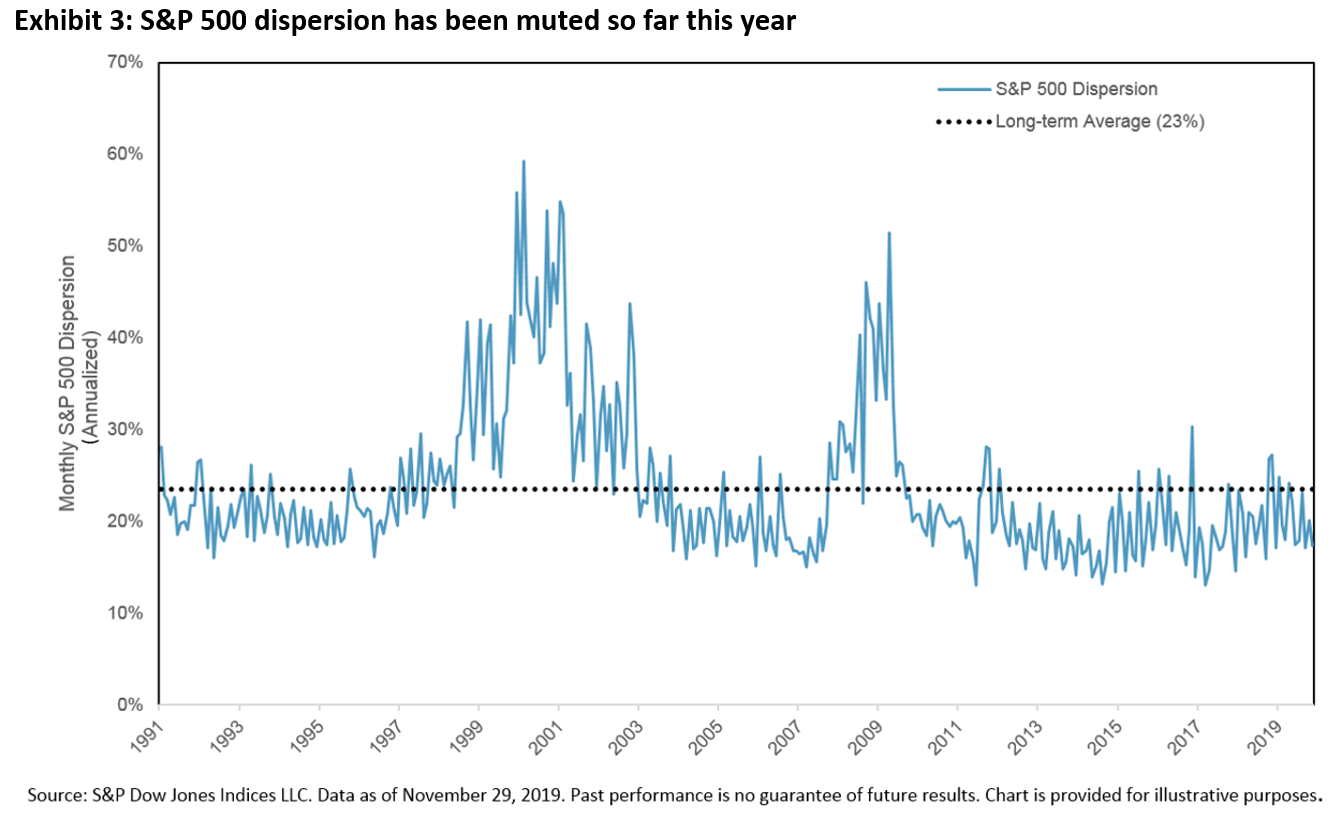 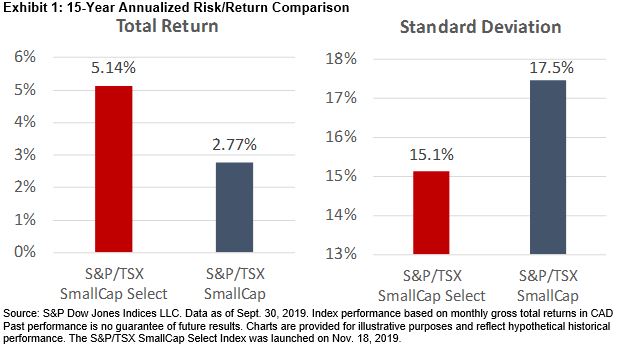 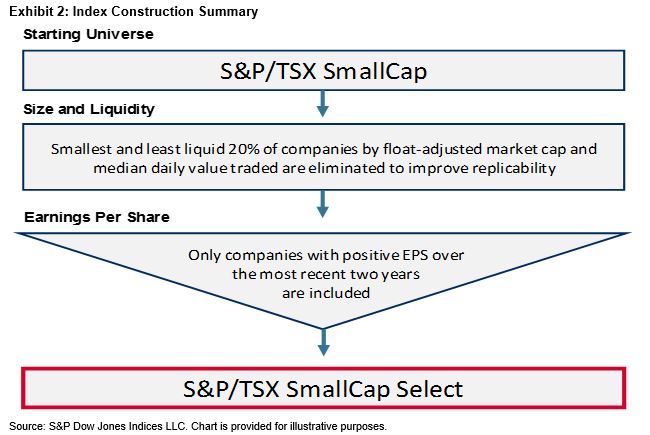 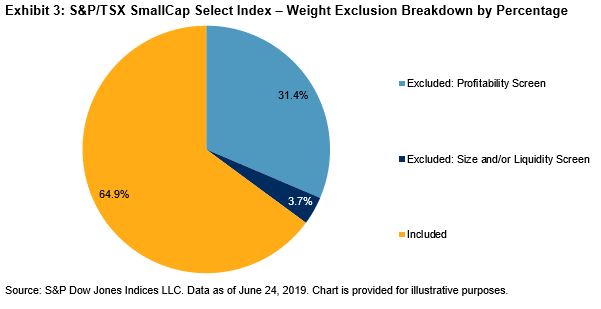