All bonds are not the same, and when it comes to high yield they can be more like equity than fixed income at times. High yield’s lower credit ratings and reliance on funding add risk, and some investors have relied on this asset class over the past couple of years in search of yield. An increasing number of companies selling high-yield bonds to refinance short-term debt means more refinancing will be required over the next few years. At the same time, high yield is more likely to behave like an equity investment. 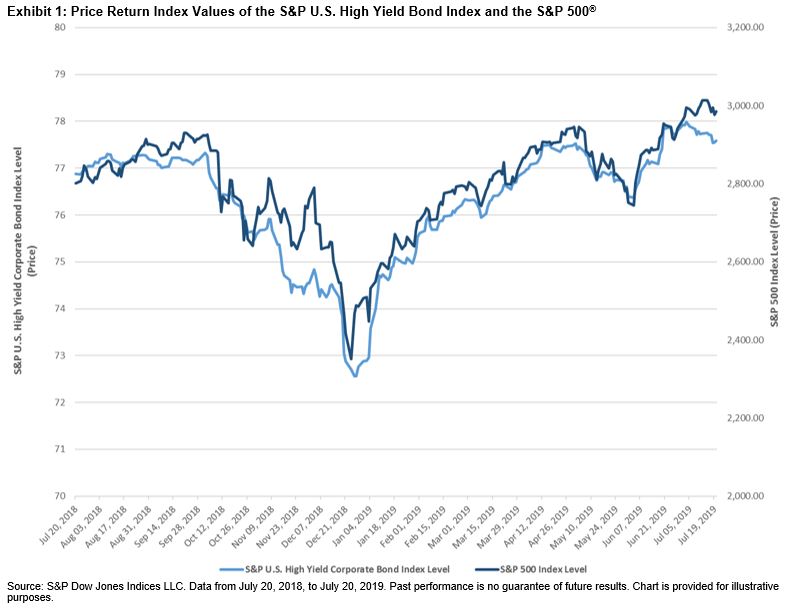 The Oct. 27, 1997, mini-crash was a global stock market crash that was caused by an economic crisis in Asia. The point loss that the Dow Jones Industrial Average® suffered on this day ranks as the 23rd biggest point loss and 15th biggest percentage loss since 1900’s. This crash is considered a “mini-crash” because the percentage loss was relatively small compared to some other notable crashes. After the crash, the markets still remained positive for 1997 (+31%), but the “mini-crash” may be considered as the beginning of the end of the 1990s economic boom in the U.S. and Canada, and when both returned to pre-crash levels, they began to grow at an even slower pace than before the crash.

The more recent comparable high point was 0.56, which marked the beginning of the inaugural events in Washington D.C. prior to the inauguration ceremony for U.S. President Trump. Another significant political turning point after eight years of economic policy run by the Obama administration. 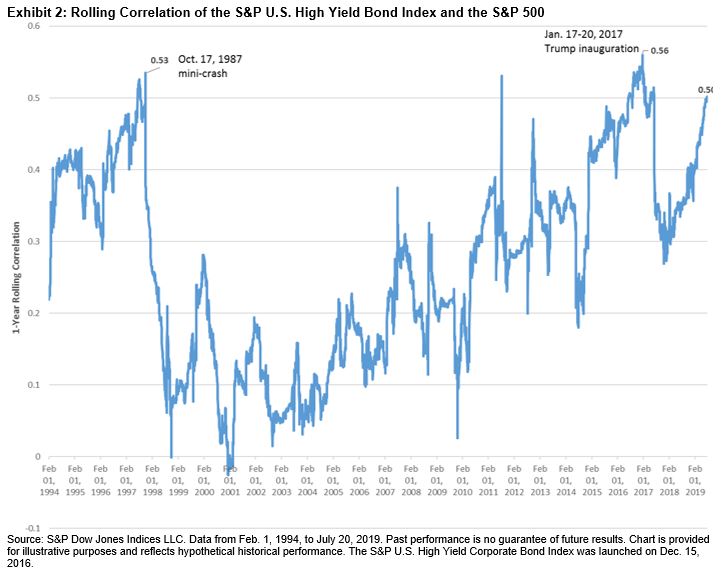 The July 10, 2019, comments by Federal Reserve Chairman Jerome Powell essentially locked in a rate cut for the July 30th and 31st meetings. Speculation on the rate move now stands on whether it will be 25 bps or possibly 50 bps. This would be a substantial change in current central bank policy, which had been implementing rate increases. The messaging now is that a rate cut will provide insurance against an economic slowdown, continuing a long-running expansion. Ahead of the U.S. Fed move, global central banks have and most likely will continue to coordinate a global easing cycle. Continued lowering of global rates will not leave much room or impact for using rates as a tool, significantly raising downside risk in the future.

Lower rates signal slower economies and the need to stimulate them. Beneficial in the short run, but the potential for a sudden reaction in high yield due to economic or geopolitical risks is higher, and a threat to continued refunding as the market pulls back making capital less accessible could affect default rates. As upcoming events play out, continued focus on the direction of both indices’ is warranted.