Yesterday’s decline in the U.S. and global stock markets is striking not simply because of its magnitude but also because it represents a radical reversal of factor returns from the first three quarters of 2018.

Readers of our quarterly factor dashboard will recognize this graph, which shows the total return of the S&P 500 and a set of factor indices derived from it for the 12 months ended September 30, 2018: 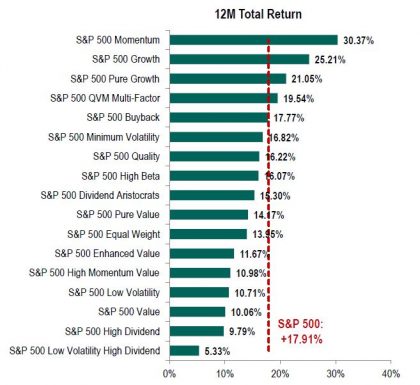 Momentum and Growth dominated the rankings for the first nine months of 2018 (as they had done in calendar 2017 as well).

Since the beginning of October, however, there has been an amazingly-abrupt (less than two weeks!) reversal of fortune, as today’s daily dashboard shows: 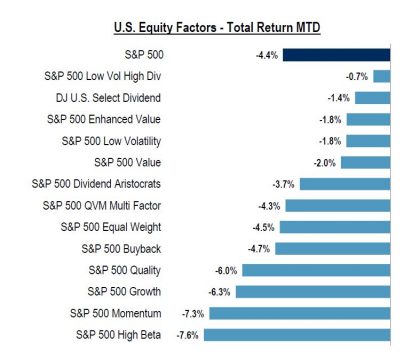 The winners so far in October were the first three quarters’ laggards, with previously-high flying momentum and growth names falling behind.  We pointed out several months ago that Momentum is uniquely self-reinforcing – until it suddenly isn’t.  And when the worm turns, Momentum’s underperformance can be particularly striking: 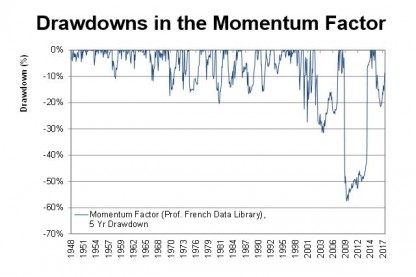 Will defensive factors assume market leadership while Momentum and Growth have a well-deserved respite?  Ten days do not a trend make, but what we see so far in October represents such a potential regime shift.