One inquiry we often receive from readers is regarding the degree of performance persistence throughout time and whether it varies over time. In other words, how do the current report’s findings compare to previous reports? Are the current persistent scores better or worse than the historical figures?

We also find that among the domestic equity categories, for funds that were in the top quartile as of March 2016, the percentage that managed to stay in the top quartile in the next two consecutive years is lower than its historical mean and median. The data indicate that persistence scores for March 2018 are significantly lower than those from six months prior for all of the fund categories.

This decline in performance persistence could be partially explained by the volatility and the market shocks experienced in Q1 2018. Funds that had been outperforming in the past might not be able to adjust quickly enough, or the investment style might not be suitable for the new market conditions.

In conclusion, a review of the performance persistence figures over time shows a downward trend over the longer-term horizon for equity funds, indicating an increasing difficulty to stay at the top. 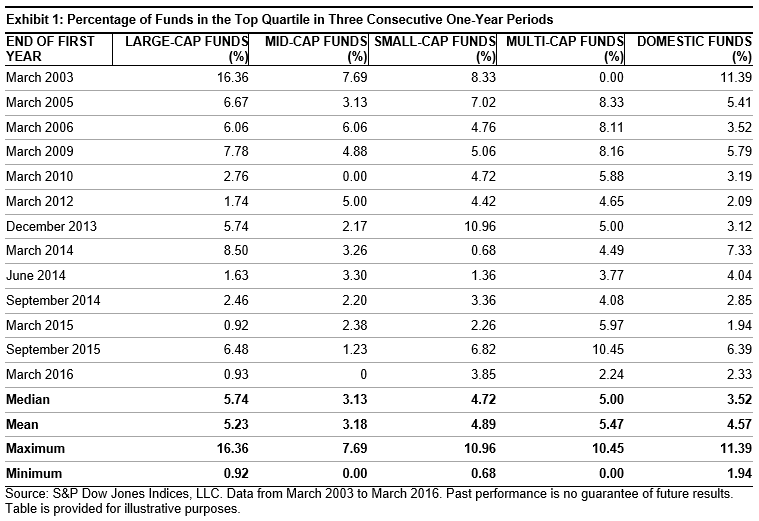 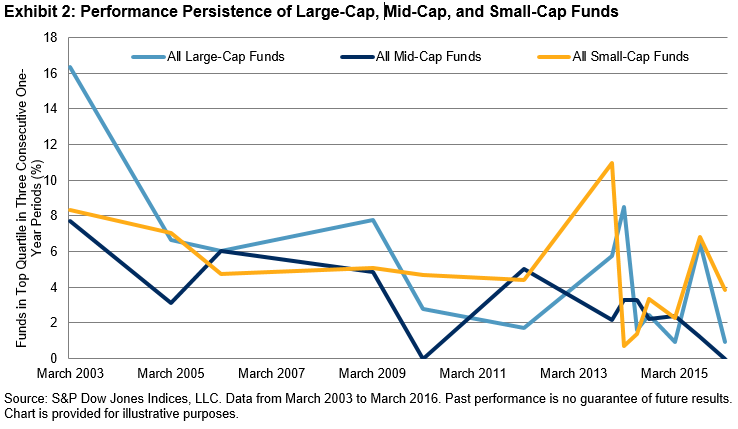