The Fed is raising interest rates, the yields on Treasury notes are climbing, the stock market just had a hyper-speed correct, VIX spiked and the inflation numbers are worrying.  Is there a message buried in all these data?

Maybe not a clear message, but one sure thing and some hints.  The sure thing is that there will be another recession.  Despite the hints, we don’t know when.

Which indicators are more useful?

Not the stock market until it is almost too late.  Paul Samuelson noted that the market “predicted nine of the last five recessions.” The chart shows the market with recessions marked – if there were any early warnings, they weren’t very early. A more accurate view might be that the market falls with the economy; it may turn upward slightly ahead of other things. 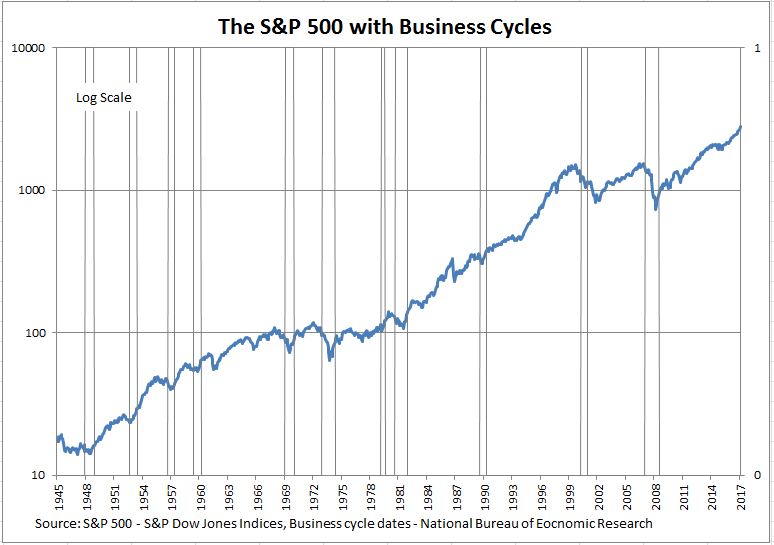 Interest rates, especially the Fed funds rate, are better signals than the stock market. The chart shows that since the 1950’s, the fed funds rate rose to a peak before each recession. In 1990-91, the Fed realized the economy was slipping and switched its policy before the fall. In 1975 the central bank mistakenly thought the recession would be mild and started increasing rates too soon and sent the economy into a tail spin. Even with varying time lags, the Fed funds rate is worth watching.

Despite worry over inflation, it doesn’t tell us much about where the economy is headed. Recessions lower inflation, but inflation doesn’t warn of recessions.

We can extract some useful hints from these figures, if we realize that the last recession-financial crisis combination was not a typical recession. Fortunately was an extremely rare event.  The more typical lead-in to a recession is when rising inflation inspires the Fed to boost interest rates in order to dampen price gains. The push for higher rates is either too fast or lasts too long, and the economy stumbles.  Most recession, when examined carefully, were brought to us when the Federal Reserve System did its job.  Most likely the next recession will follow the pattern.

The Fed seems to have two worries: First, when the next recession comes they will need to dramatically lower interest rates; second, as the economy expands and the unemployment rate falls, inflation will eventually rise.  The solution to both of these is to raise the fed funds rate, as they are doing.  We will have to wait, and see. 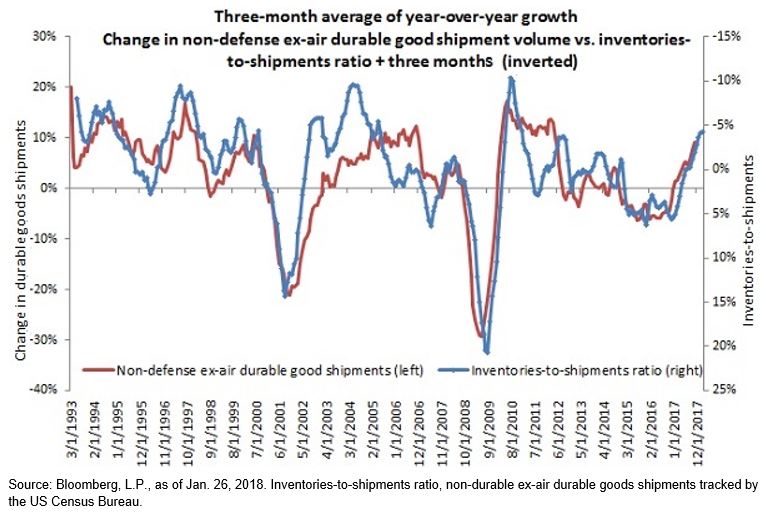 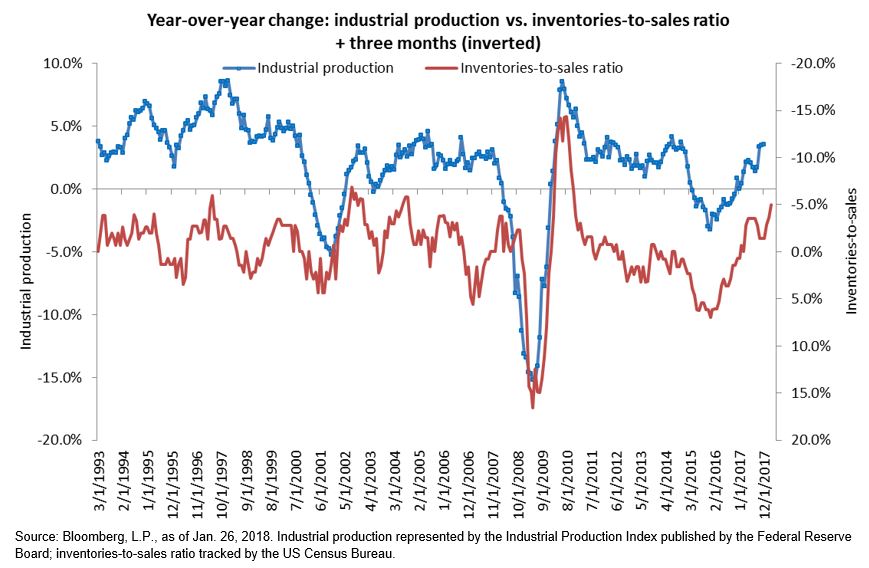 The story line for a number of years now has been the “search for yield” and how the recent low-interest-rate environment has been forcing investors down in credit or out the maturity curve in an effort to maintain income though adding risk. Now that interest rates have begun reversing the low-rate environment, fixed-coupon securities may experience downward price pressure to varying degrees depending on the terms of each bond. But for floating-rate securities, the story could be different. As rates have started to increase, income investors are getting the opportunity to earn higher returns on their investments when considering their options.

Exhibit 1 shows how the yield of these indices had been relatively flat since their inception, which starts with the U.S. Treasury’s inaugural issuance. From October, 2015 to Feb. 13, 2018, the index yields increased from 0.09% and 0.13%, respectively, to their current levels of 1.55% and 1.58%, respectively.

As anticipation continues for future rate hikes, FRN performance could further benefit from the interest rate changes. There are strategies designed to meet the needs of those looking to gain income as rates rise.