The unintended consequences of OPEC’s policy (in summer of 2014) of flooding the market with oil to lower prices and gain market share are starting to show.  It seems they failed to realize increasing the price by cutting back supply wouldn’t work with high U.S. inventories.  The spare capacity of OPEC does not matter for oil price when U.S. inventories are high. 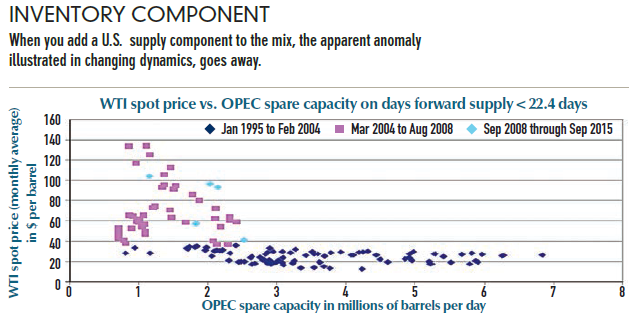 Chinese demand in addition to U.S. production (including Trump’s export policy,) is probably more critical to oil price formation so is likely keeping oil range-bound, even if the possible range is wide.  According to index history, oil could reach between $25 – $85 dollars before setting record moves.   As OPEC cuts and if U.S. inventories decline to low levels, oil prices may increase, so China may use their own reserves or shop around rather than purchase oil at a higher price, capping the high end of the price range.  Worst case scenario, China might start exporting their reserves into the open market, as they have with other commodities, pushing prices back down. If the U.S. continues with high production and inventories, China may buy more oil as the prices drop, putting a floor on the price.

One may think in this case a directional view is highly uncertain so going long or short oil is a risky bet.  That might be true, but unfortunately, the typical spread and volatility trades available when oil  is range-bound may be scarce now.  The correlation between Brent and (WTI) Crude is now nearly perfect, well above its average, and volatility is only about 2/3 of its historical average with Brent at 22.4% and WTI at 23.2% versus averages of 31.3% and 33.9%, respectively. 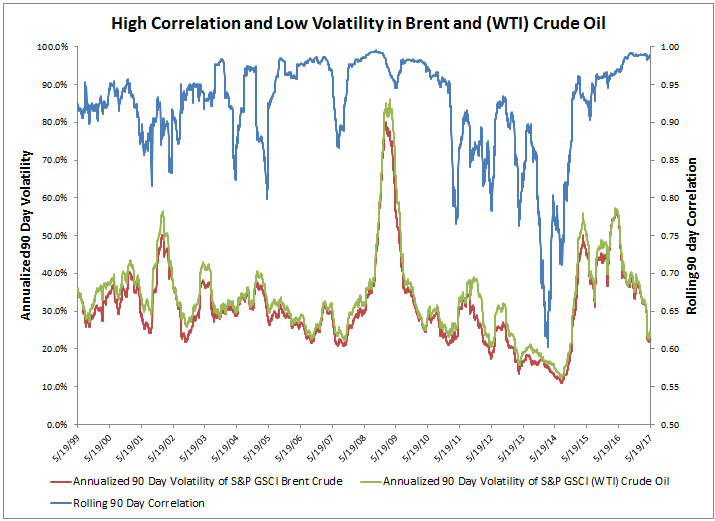 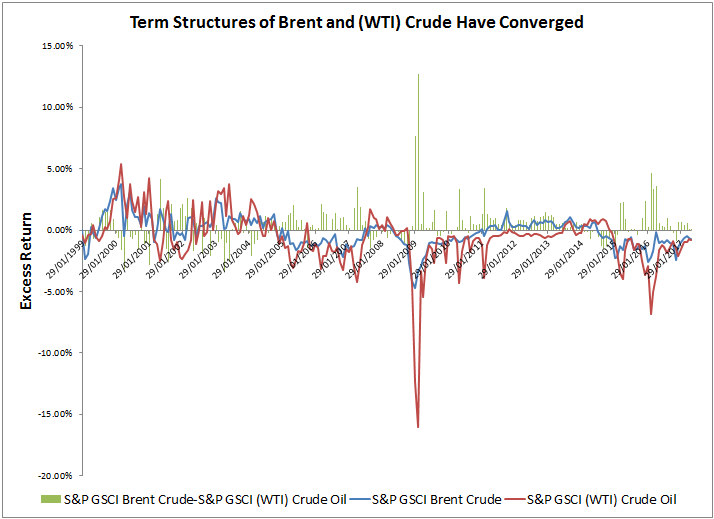 Here’s a closeup of the past year in the graph above: 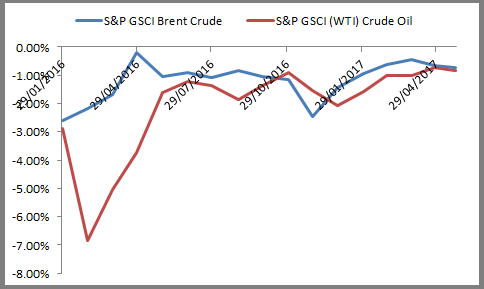 The result is the curve positions are difficult to monetize.  Historically, the dynamic rolling strategy that picks the optimal contract on the curve (as measured by highest implied roll yield) every month adds about 40 basis points monthly to Brent and almost double that to (WTI) Crude.  Now, the dynamic roll is underperforming and the difference in spread between the Brent and (WTI) Crude optimal contracts are only 10 basis points, as compared to an average near 40 basis points. 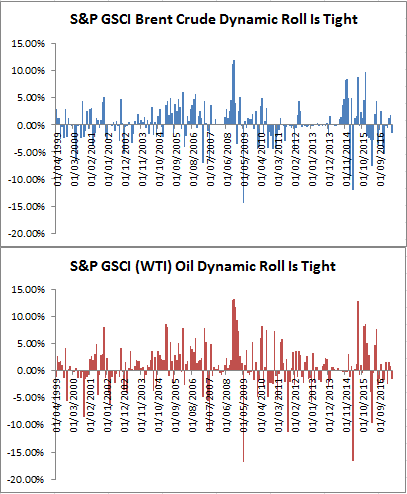 In this period of market rebalancing, it seems opportunities are hard to find but the good news possibly is there seems to be more stability from the lower volatility, higher correlation and tight term structures.  If it is underpinned by the fundamentals of a recovering oil market, there could be more upside than downside.  This combination of possible upside with low volatility may be attractive for the 2x leveraged versions of oil.