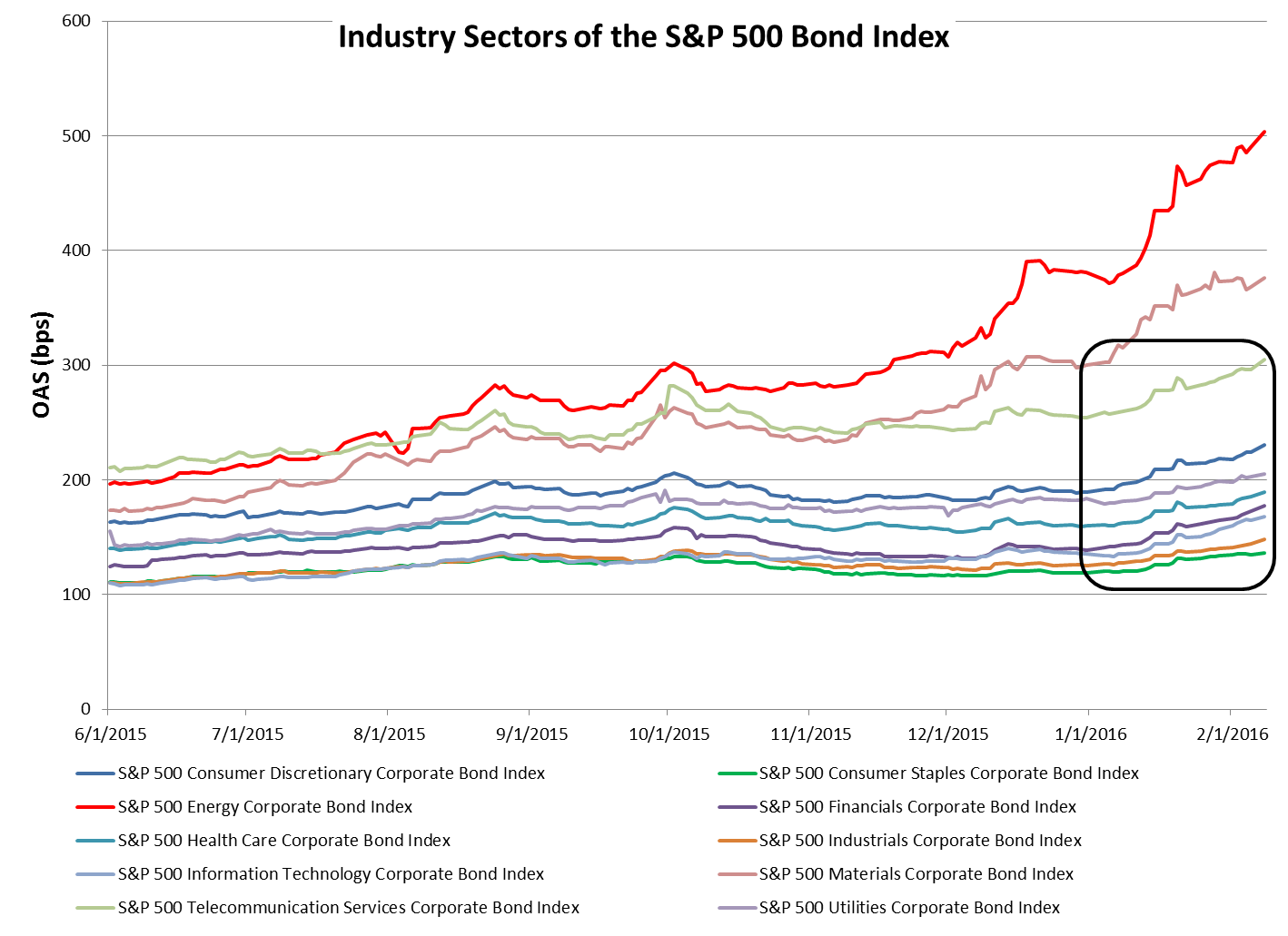 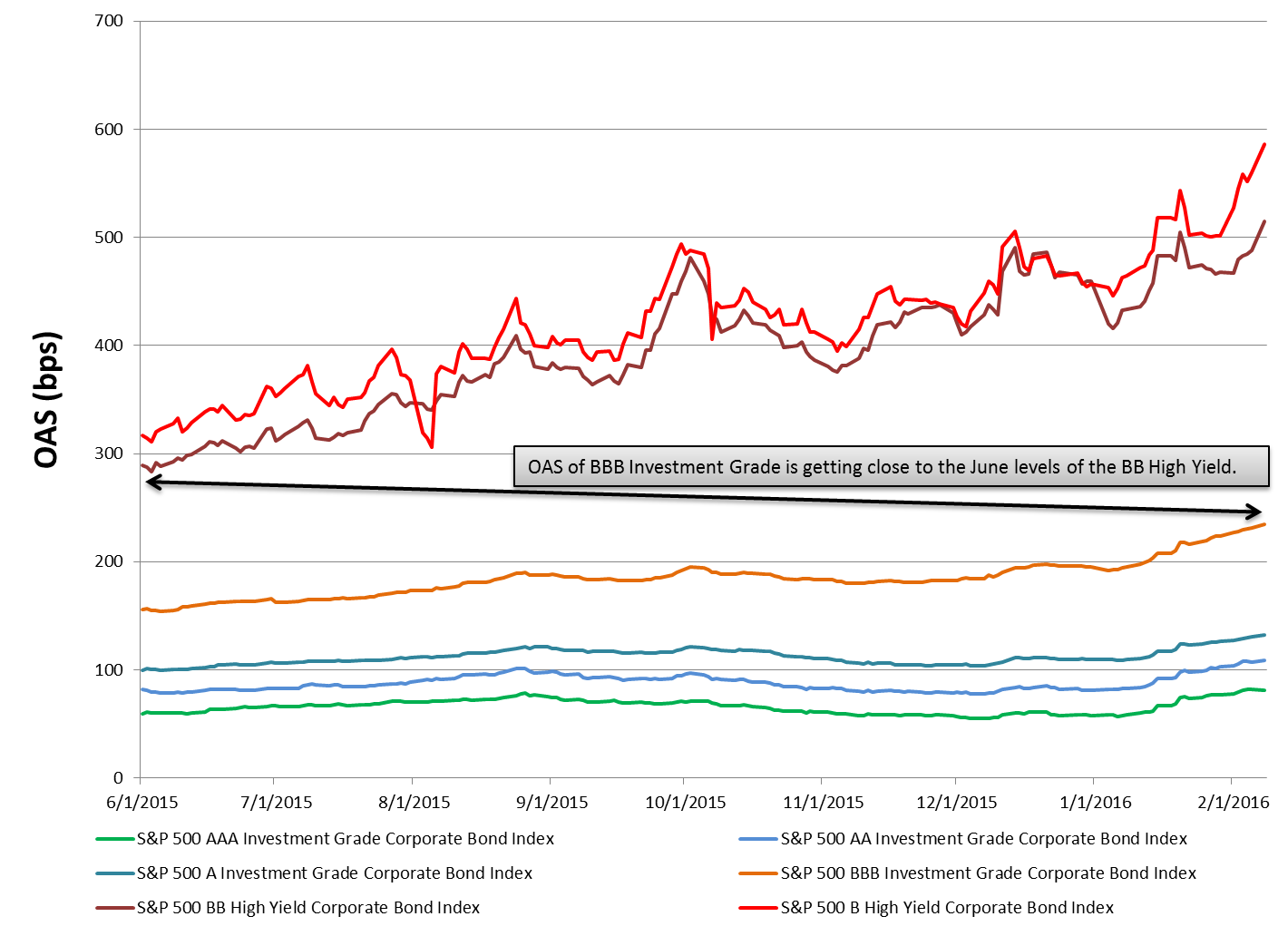 The S&P 500 is a well-diversified US equity index, seeking to provide exposure to companies with various characteristics.  While some of these factors, such as growth or high beta, can be viewed as cyclical and  may tend to lead an index constituent to perform well in a “risk-on” environment, others, such as low volatility or dividends, may be more defensive and potentially lead constituents to perform  better in a “risk-off” market.  Some of these defensively oriented indices have demonstrated higher performance in the start the year.

The S&P 500 Low Volatility Index is designed to track the 100 least-volatile stocks within the broader S&P 500 as measured by S&P DJI’s proprietary methodology.  This low-volatility index is rebalanced and reconstituted on a quarterly basis in an effort to regularly provide exposure to less volatile securities.

Meanwhile, the S&P 500 Dividend Aristocrats® currently holds 50 constituents from the S&P 500. The methodology for the S&P 500 Dividend Aristocrats requires that its constituents have increased their dividends for the last 25 consecutive years.  The index is rebalanced on a quarterly basis, though companies enter or exit on an annual basis.  Some current constituents, including Hormel Foods (HRL) and Johnson & Johnson (JNJ), have increased dividends for more than 45 consecutive years.

As such, it is no surprise that the utilities sector (25% of assets) is overweighted relative to other S&P 500-based sub-indices, while health care (7%) is underweighted.  Financials (19%) and consumer staples (17%) are other heavily-weighted sectors.  HCP Inc. (HCP) and TECO Energy (TE) are two of the current holdings.

There are ETFs available that track these factor-based indices.  S&P IQ Global Markets Intelligence Group provides research and rankings on approximately 1,100 ETFs on a daily basis.  To learn more, visit http://trymsatoday.com/ or follow me on Twitter @ToddSPGlobal.

My colleague, Sam Stovall, U.S. Equity Strategist for S&P IQ Global Markets Intelligence Group, will be speaking at an S&P Dow Jones Indices event titled “Where Can Smart Beta Take You?” on Feb. 24, 2016.  You can register for the live streaming or in-person event.

All information as of [February 4]

The debate on active versus passive investing is endless, and there are strong arguments on both sides. The active side argues on the advantages of alpha, star fund managers’ year-over-year record performances, better market timing, and better stock picking backed by thorough research.

On the other side, there is a strong passive argument for capturing market beta at significantly lower costs due to lower investment management fees, as passive investing does not require fund manager expertise or expensive research costs. Further contesting the benefits of active management, passive investing has the argument that a fund manager’s consistent performance can be debated and that the continuity of the fund manager’s association with an investment plan or fund is not guaranteed.

Passive, or index-based, investing is investing in products linked to underlying indices. Indices have transparent methodologies, thereby providing rules that ensure that the key criteria to good representation are captured. The index can be a plain vanilla market benchmark like the S&P BSE SENSEX or a broader index, like the S&P BSE LargeMidCap, the S&P BSE 100, etc. The variety of indices is exhaustive, cutting across sectors, geographies, strategies, themes, and factors. Factor-based, or smart beta indices have increased in popularity in recent years. But what, exactly, do smart beta indices do? They capture factors which vary between fundamental and other risk factors to formulate rules that provide variable performance (see Smart Beta on the Rise in India). 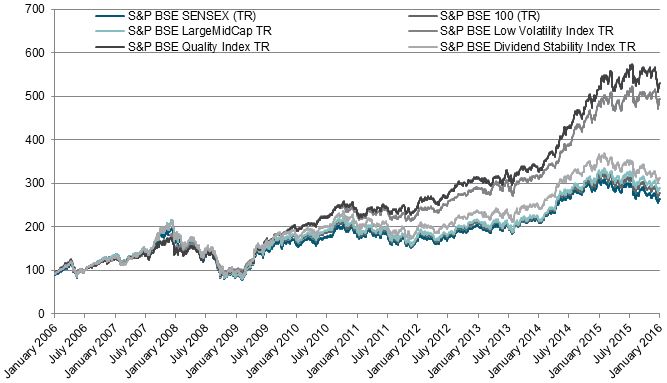 Source: Asia Index Private Limited. Data from Jan. 31, 2006, to Feb. 1, 2016. Past performance is no guarantee of future results. Chart is provided for illustrative purposes and reflects hypothetical historical performance.

However, why not get the best of both worlds?

Portfolio managers employ various asset allocation strategies that span styles like conservative, moderate, aggressive, or alternatively strategic or tactical allocations. A familiar strategy often spoken about is core-satellite investing, which is a hybrid of both strategic and tactical allocation. The main objective of investors or portfolio managers is to adopt a strategy that will ensure they achieve their specific goals. If this entails using two strategies and they achieve the same goal, so be it! The core-satellite approach is used to combine active strategies with passive. Hence, those who favor passive investing can use that as their core strategy through index funds and ETFs, and they can support it with active management, and vice versa, to potentially meet their goals and thereby use both active and passive styles to their benefit.