The Fed and the Debt Ceiling

The Fed and the Debt Ceiling

Two distractions creating uncertainty for the treasury market right now are the debt ceiling and who said what at the Fed. Both annoyances should fade away, one in a few weeks, the other possibly not until sometime in the first half of 2016.

The debt ceiling law dates back to shortly before the Second World War.  It covers the total federal debt; the current limit is $18.1 trillion. The Treasury Secretary says that the debt will be hit the first week in November as all the extraordinary measures to conserve cash are exhausted. Most of the time there is enough room between the current total debt and the ceiling that ceiling doesn’t matter much. However, every so often the amount of debt approaches the ceiling and Congress must pass a bill to increase the ceiling. Practically speaking lowering the debt isn’t an option. However, surpluses during the Clinton administration did somewhat reduce the debt and leave more room below the ceiling.

What to spend or tax is economics, the debt ceiling is politics. There will be a lot of political grandstanding and noise.  But everyone knows that defaulting rather than raising the debt ceiling would be disastrous. The debt ceiling will be raised in the end and then everyone will claim to have saved the day at the last moment. However, in the run-up to “victory” we could see yields on treasury securities scheduled to mature between now and November 15th jump higher or crash.  The chart below, from a recent report by the Congressional Research Services (see www.crs.gov #R43389) shows T-bill yields during some previous debt ceiling debates. 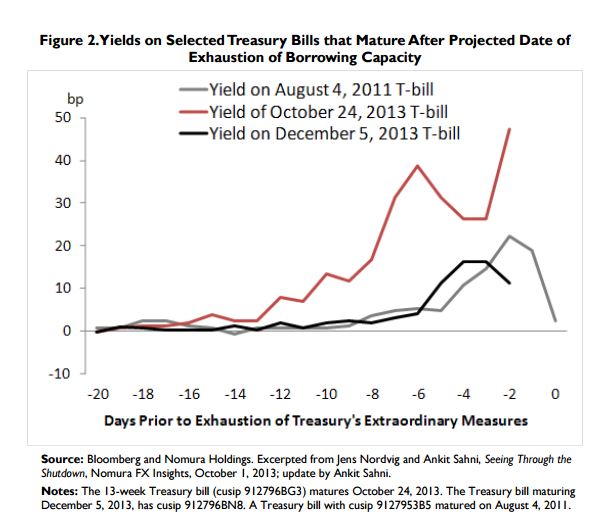 The FOMC, the Fed’s policy unit, meets next week on Tuesday and Wednesday. There is little chance that they will raise interest rates at the meeting. First, raising interest rates just as the debt ceiling is roiling the market isn’t a good idea. Second, there isn’t much new economic data since the last meeting on September 16th-17th and there is no post-meeting press conference scheduled.  Despite these reasons, right now there is an unusual amount of debate and discussion about Fed policy.

The FOMC is data-driven, its decision on raising interest rates, whenever it happens, will depend on how the economy looks at that time. The question of what they might do in at the December 15th-16th meeting depends on the economic reports appearing between now and then.  Moreover, as the economic numbers change, so do people’s opinions of the future. There is a lot of uncertainty and noise in forecasts of the Fed’s next move.  Currently the noise level is increased because of apparent disagreements among members of the Fed Board of Governors. In the last few weeks, Stanley Fischer argued for raising rates sooner while Lael Brainard and Daniel Tarullo spoke in favor of waiting longer and everyone is trying to guess Janet Yellin position.

Will the Fed act in December? If we knew what the future data will reveal and how people would react, we might have an answer.  What is likely is that until then the markets will see extra uncertainty even though the debt ceiling will have been raised.

According to a story in Canada’s Globe and Mail, one drug maker is about to take on an entire country to protect its right to price drugs the way they see fit.  Alexion Pharmaceuticals, the maker of the drug Soliris, has announced a lawsuit against Canada’s Patented Medicine Prices Review Board after the board began hearings in June to pressure Connecticut-based manufacturer Alexion Pharmaceuticals to lower the drug’s “excessive” price.  The Globe and Mail reports that, “the drug—dubbed the world’s costliest treatment for two rare, life-threatening blood and genetic disorders—is reportedly priced at between USD 500,000 and USD 700,000 annually per patient.”

According to the article, only two countries in the Organization for Economic Cooperation and Development have open pricing on drugs, the U.S. and Chile.  Canada’s regulation of overpricing of patented drugs dates back to 1987, with the establishment of the Patented Medicines Prices Review Board, a regulatory oversight body that has been granted the right to review and control prices of drugs still under patent, and it is a negotiated feature of the North American Free Trade Agreement established in 1994.  Prior to the free trade agreement, drug companies had much less protection against patent infringement by generic drug manufacturers long before their U.S. patents expired.

How effective has this board been at controlling overall drug prices in Canada?  By comparing the unit cost of brand drugs sold in Canada since 2009 to those sold in the U.S. (as measured by the S&P Healthcare Claims National Index), we can determine that on average, brand name drug prices have escalated 132% in the U.S. versus 23% in Canada.  Even if we remove 2014, when specialty drugs accounted for an increase of almost 30%, the six-year increase is still 119% in the U.S. versus just 18% in Canada.  Exhibit 1 illustrates the difference in cost increases in unit costs for both countries.

When comparing these cost increases to the average change in generic drug costs over the same period, we can see that open and competitive markets have led to a cost escalation of 8% in the U.S. and a 19% decrease in average costs of in Canada.  Taking these results into account, it becomes apparent just how important this lawsuit is for Canada, however U.S. lawmakers may want to take notice as well.  With a well-documented example from our neighbors to the north, a regulated market may be one potential solution for cost control for brand name drugs in the U.S. market. 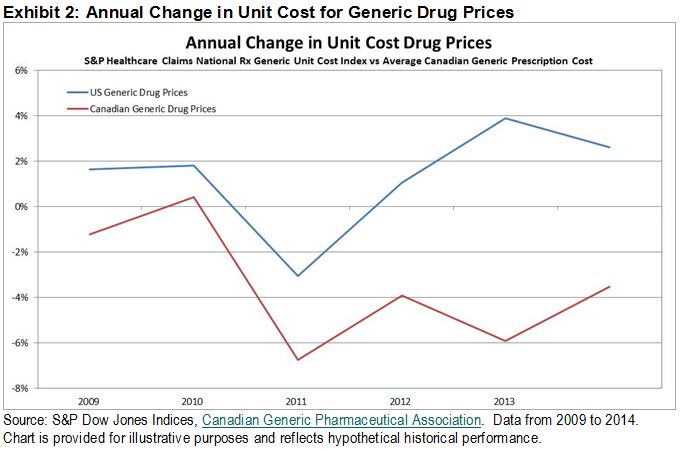 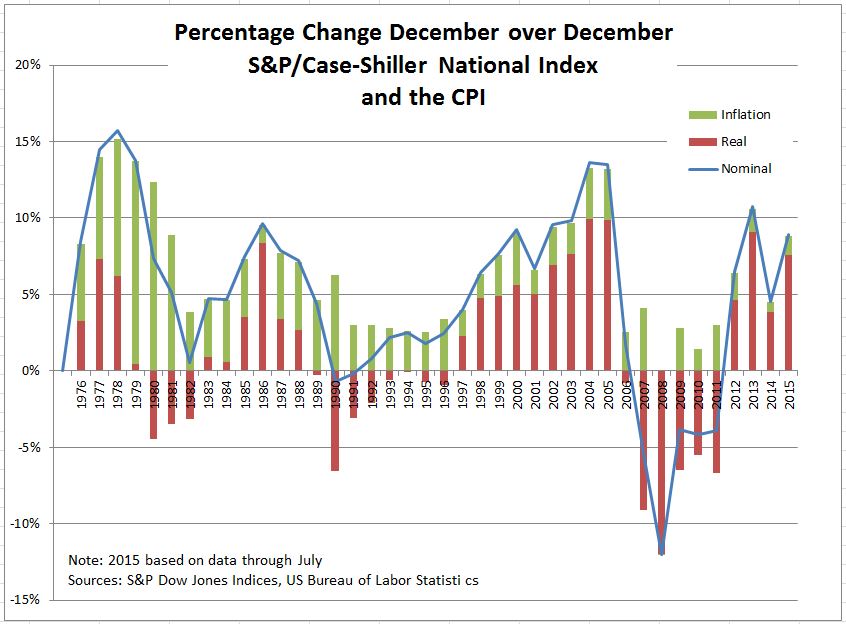