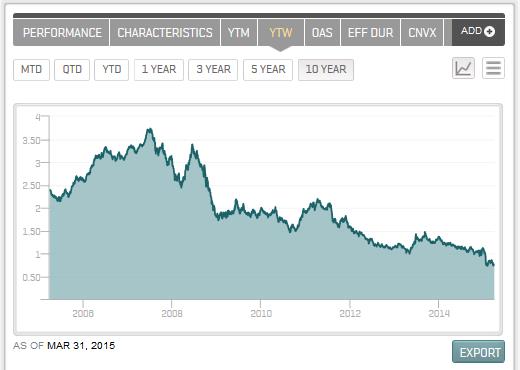 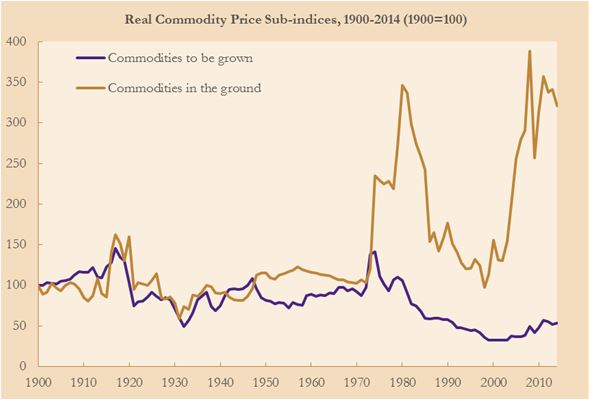 SPIVA Scorecards are issued every six months in a number of markets around the globe.  But what is SPIVA?  Where does the data used to generate the scorecards come from and who does it apply to?  In a recent video interview, I spoke with one of the Scorecard’s authors, Aye Soe, Senior Director of Global Research & Design, to answer these questions.

By design, the S&P 500® Low Volatility Index sometimes takes large positions in sectors.  Particularly in times of turmoil, the rankings-based methodology of the S&P 500 Low Volatility Index offered refuge by steering clear of sectors such as financials in 2008 and the technology sector during the 2000-2002 deflation of the bubble. On the flip side, there have also been times when having large sector concentrations caused a performance drag, particularly during strong markets.

However, we’ve also illustrated that while large positions in relatively less volatile sectors tend to account for most of the low volatility strategy’s overall risk reduction, it has not explained all of the S&P 500 Low Volatility Index’s success historically.

We see another, perhaps more intuitive, manifestation of this when we compare the sector holdings of the S&P 500 Low Volatility Index and its not-quite-polar opposite, the S&P 500 High Beta Index. Exhibit 1 provides a good summary of the contrast between the two strategies.  From 1992 through 2014, the low volatility strategy consistently had a significant concentration in the relatively stable utilities sector, while quite often the volatile technology sector was a significant holding of the S&P 500 High Beta Index.  Characteristically, the S&P 500 Low Volatility Index owned very little, and rarely at that, of the technology sector (likewise for the high beta strategy and the utilities sector).

However, notably, the low volatility and high beta indices’ paths crossed at the sector level more often than we would have surmised.  The two indices follow the same rebalancing schedule, and of the total 92 rebalances in the period from 1992 to 2014, they overlapped in at least one of their two highest sector allocations 23% of the time.  For example, at the end of 2014, the largest sector concentration in the S&P 500 Low Volatility Index was financials.  This sector was also the second highest concentration—by a very slim margin behind the largest sector (technology)—in the S&P 500 High Beta Index.

Reassuringly, that’s where the similarities end.  While both indices may have had top sectors in common, holdings at the stock level were virtually always mutually exclusive.  Although sectors may play a big role in both strategies, they are not just sector bet strategies. 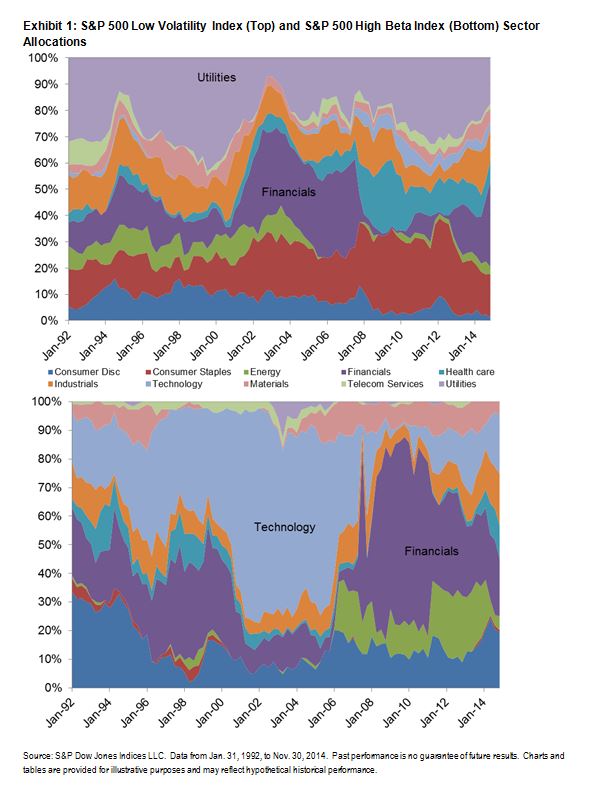