Inside the Dow: Apple 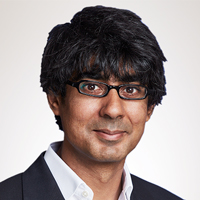 The godfathers of value investing, Graham and Dodd, pioneered the approach back in the 1930s. Since then, academics and practitioners have documented the value effect. However, given its widespread adoption and implementation, there is still no single consensus as to why value stocks provide above-market returns. Explanations broadly fall into two camps: the rational and the behavioural.

Rational theories explain how the value premium arises from investors requiring compensation for bearing higher systemic risk in the form of financial distress (Fama and French 1996).[1] For example, in recessionary environments, value firms (like manufacturing) find it difficult to shift their activities to more profitable ones. By contrast, growth firms (such as technology) can disinvest relatively easily, as a large proportion of their capital is human capital. Hence, value firms are perceived as being riskier than their growth counterparts and, as such, should command a premium.

Behavioural theories argue that the value risk premium might be driven by investors incorrectly extrapolating the past earnings growth rates of companies (Lakonishok et al. 1994).[2] High profile, glamorous stocks that have high valuations are bought by naïve investors expecting continued high growth rates in earnings. This pushes up their prices and, as a consequence, lowers their rates of return. At the same time, value stocks are cheap, as investors underestimate their future growth rates. Their cheapness does not arise from the fact that they are fundamentally riskier.

There are many ways to define value. For example, cash-flow yield and earnings yield examine cheapness while emphasizing profitability. Dividend yield provides insight into management’s assessment of future profitability. Using the balance sheet item of net assets (book) gives a measure of liquidation value. Other value measures include predicted earnings yield and EBITDA[3]-to-enterprise value. Equity products that aim to harvest the value premium can be constructed by using one or a combination of these measures.[4]

The soon-to-be-launched S&P Enhanced Value Indices* are an example of indices seeking to capture the value risk premium. They combine price-to-book, price-to-earnings, and price-to-sales (using the Z-score method) and select the top quintile of cheapest stocks. Constituent weights are computed as the product of the overall value score and the float-adjusted market capitalisation. Exhibit 1 displays the Sharpe ratios of the S&P Enhanced Value Indices and the relevant S&P BMI Indices over the past 15 years.

Exhibit 1 shows the successful capture of the value risk premium over the analyzed period.

For further insights, please register for one of our complimentary European seminars, entitled “Is Factor Investing a New Haven?”

[4]   Combining different factors (measures) can be achieved through the Z-score method. A Z-score is a stock’s standardized exposure to a factor. For each stock in an investment universe, subtract the universe’s mean factor exposure from the individual stock’s factor exposure. Then divide this number by the standard deviation of the factor exposures for the universe. Z-scores can then be added to derive an overall score and subsequent exposure to a set of factors.

There is a Mexican saying about the weather, “Febrero loco, Marzo otro poco,” which means, “February is crazy and March is even more”.  I didn’t think about applying this to financial markets until now, with the European Central Bank (ECB) announcement, economic data in the U.S., inflation in Mexico, and last but not the least, the Fed’s monetary policy announcement.

Having announced that the ECB will stimulate its economy through additional purchases, bonds have seen increased demand recently.  Then, all eyes were on U.S. employment data, with the positive economic news that non-farm payrolls were up 25% more than expected (the estimate was for 235,000 jobs, and the actual level was 295,000).  One business day later, Mexico published its CPI for February that showed a 3.00% annual change, versus the 3.03% estimate; remember, the objective of the Mexican Central Bank (Banxico) is between 2% and 4%.  A few days ago, the Fed’s “patience” was over.  The question is: will Banxico take action before or after the Fed?  Looking at the CPI and level of the Mexican peso could point in that direction.

Of note, this week’s auction of government bonds had its highest bid-to-cover ratio since November 2014; it seems that depreciation of the currency hasn’t stopped the inflows.

With all that is happening, don’t forget to watch the movements and thoughts of the analysts in the Banamex Survey of Economists was published on March 20.

Inside the Dow: Apple

On Friday S&P Dow Jones Indices announced that Apple will be added to the Dow Jones Industrial Average after the market close on March 18th.

What’s in it for Apple

Apple was certainly well-known last week before the announcement that it will join the DJIA.  However, its entry into an exclusive club defined by The Dow, the oldest and most followed market measure, still confers more recognition. One comment on Seeking Alpha said Apple is now an adult.  There may not be a universal definition of what a Blue Chip stock is, but no one will argue now that Apple doesn’t qualify.  Much the same could be said for the other companies in the DJIA – any company joining The Dow is already an established leader with a history of success.

One thing that Apple isn’t likely to get by joining the Dow is a pop in its stock.  At times in the past companies being added to one of a few key indices saw their stock gain as index funds and ETFs tracking the index bought shares.  The “index effect” or “index pop” has been widely studied in the S&P 500®.   In recent years some stocks joining the S&P 500 experienced a temporary gain of 3%-6% which was given back over the next few months.  The funds tracking the S&P 500 are orders of magnitude greater than the approximately $30 billion tracking The Dow.  Not enough buying is likely to be generated to even briefly move a stock as large as Apple.

While there is no price or index effect, there is a “list effect” for both The Dow and the S&P 500. Apple is now on the list of Blue Chips — when a journalist wants to talk to a leading company or try to interview a famous CEO she will look at the list. The same is probably true of a Congressman seeking a campaign stop that will get him on the evening news or in someone’s Twitter feed.  One advantage of The Dow list  compared to the S&P 500 list is that the former isn’t likely to be used as a hunting ground for takeover targets.  More than half the exits from the S&P 500 are caused by companies being taken over, often by another company in the same index.

What’s in it for The Dow

The market changes, the economy shifts and the Dow changes as well.  Only one company, GE, of the current 30 is an original member from 1896, and it is very different today from what it was 119 years ago.  Adding Apple to The Dow is another change in a long list off entries and exits that keep the DJIA representative of current Blue Chips.  As long as the economy grows and the markets change, there will be more changes to The Dow.

The addition of Apple was supported by more suggestions, arguments and advice that it belongs in The Dow than most previous changes.  At the same time, it would have been quite difficult to add Apple if it hadn’t split its stock seven for one in June 2014. Whether one reason for the split to make Dow membership possible is a question for Apple, not S&P Dow Jones Indices.   We don’t discuss possible index changes with the companies affected or with anyone outside of the committee overseeing the particular index.

The Dow has 30 members and adding one means removing another.  The decision to add, or remove, a stock from the The Dow (or any other index) is not an investment opinion. No buy/hold/sell.  The decision is based on what can make the index a better market measure.  There were two telecommunication companies in The Dow – AT&T and Verizon – and the decision on which to remove was based AT&T’s lower stock price. Since The Dow is price weighted, the lower a stock price, the less impact on the index.

An analysis in Seeking Alpha noted that stocks exiting from The Dow often do well. Just as being added to an index gets a stock noticed, being removed can also generate some investor interest.  Some investors believe that by the time a stock joins an index; its price has already risen while those leaving may be ready to rebound.