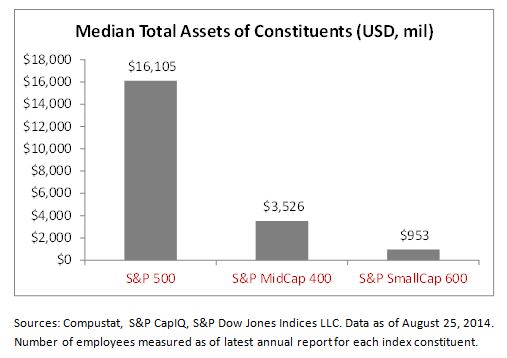 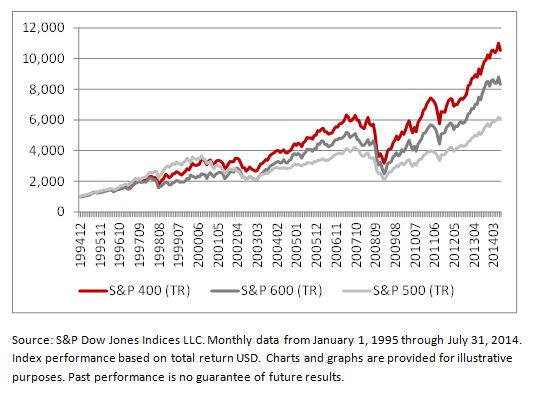 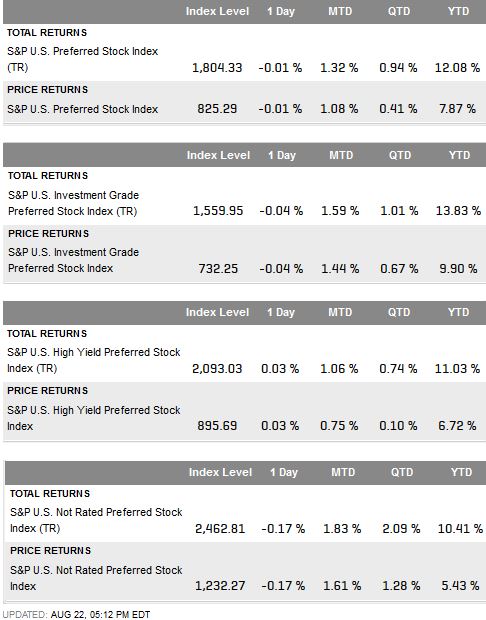 Rotating between cyclical and defensive stocks across economic cycles is a common approach for investors to take advantage of different economic phases. Energy, materials, industrials, consumer discretionary, financials and information technology are traditionally considered cyclical sectors, as stocks in these sectors have tended to be highly correlated to economic cycles. In contrast, consumer staples, healthcare, telecom and utilities are generally thought to be defensive sectors, as their profits and prices have had very low correlation to economic activity.

Source: S&P Dow Jones Indices LLC. Sectors highlighted in teal and gray represent cyclical and defensive sectors, respectively. Data from December 1989 to June 2014. Data are based on the S&P/ASX 200 universe (between March 31, 2000, and June 2014) and the S&P Australia BMI universe (prior to March 31, 2000). Global economic up and down cycles are defined by monthly change of the OECD + Major Six NME CLI. Performance of cyclical sectors and defensive sectors is equal-weighted, and stocks within each sector are market cap-weighted. Performance is based on total return in AUD. Charts and tables are provided for illustrative purposes. Past performance is no guarantee of future results.

In Australia, cyclical sectors represent 80% of the total market, based on the S&P/ASX 200. However, cyclical sectors underperformed defensive sectors on average over the entire period between December 1989 and June 2014. They only outperformed defensive sectors on average in seven of the past 24 years. These results suggest that mimicking benchmark sector weighting may not be the most optimal way to maximize portfolio returns.

To exploit the cyclical and defensive nature of Australian sectors, we examined a strategy that alternately invested in cyclical and defensive sectors during global economic up and down cycles, based on the monthly change of the OECD global leading economic indicator. Results showed this simple strategy was profitable over the past two decades with an absolute annualized return of almost 15%, outperforming the benchmark by 5.4% per annum. As 80% of the Australian equity market is dominated by cyclical sectors, outperformance of this rotation strategy was mainly driven by turning to defensive sectors during global economic downturn. 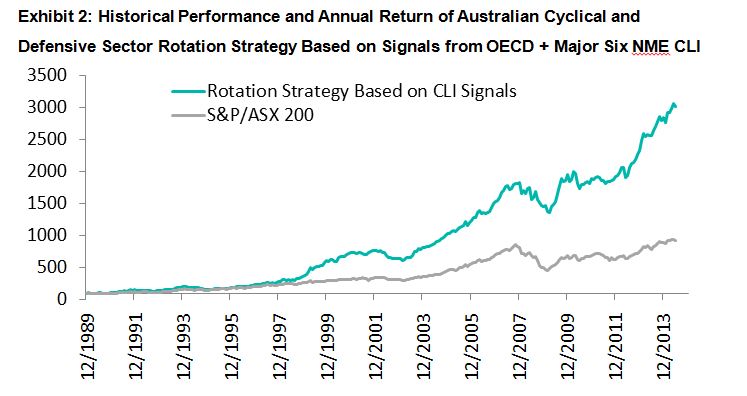 Source: S&P Dow Jones Indices LLC. Data are based on the S&P/ASX 200 universe (between March 31, 2000, and June 2014) and the S&P Australia BMI universe (prior to March 31, 2000). Global economic up and down cycles are defined by monthly change of the OECD + Major Six NME CLI. Performance of cyclical sectors and defensive sectors is equal-weighted, and stocks within each sector are market cap-weighted. Performance is based on total return in AUD. Charts and tables are provided for illustrative purposes. Past performance is no guarantee of future results. These charts and graphs may reflect hypothetical historical performance.

The growing popularity of sukuk is reflected in the recent strong index performance.The Dow Jones Sukuk Index delivered a total return of 7.08% year-on-year (Y-o-Y) and 5.26% year-to-date (YTD), as of August 18, 2014. The index’s yield-to-maturity also tightened by 51bps YTD to 2.55%. Noticeably, the yield of the S&P MENA Sukuk Index dropped 55bps YTD to 2.33%, which is almost on par with the yield of Dow Jones Sukuk Higher Quality Investment Grade Index. Please see Exhibit 1 for the yield comparison.

Exhibit 1: The Yield-to-Maturity Comparison of the Dow Jones Sukuk Index

According to the rating based and maturity based sub-indices of the Dow Jones Sukuk Index family, the sukuk with longer maturities and lower ratings outperformed the market. The Dow Jones Sukuk 7-10 Year Index rose 11.1% Y-o-Y and 9.60% YTD, while the Dow Jones Sukuk BBB Rated Index gained 9.44% Y-o-Y and 7.03% YTD. In search of higher yields, investors tend to go further out on the risk spectrum, see Exhibit 2.

Exhibit 2: The Rating Based Sub-Indices of the Dow Jones Sukuk Index

The market size tracked by the Dow Jones Sukuk Index expanded 23% YTD to USD43 billion. The new names tapping into the market are Export-Import Bank of Malaysia and Emaar Malls from UAE, together with returning issuers such as Islamic Development Bank and Saudi Electricity. The continued growth is fueled by ongoing financing needs, solid investor demand and more importantly, the regulatory support.

The issuance pipeline remains robust; for example, Indonesia sovereign just released a preliminary OC on a USD Sukuk, which is rated “BB+” by S&P Ratings. The Malaysia Airports also announced a perpetual subordinated sukuk that is denominated in Malaysian Ringgit.