Today’s Economic Indicators not moving the dial on yields. 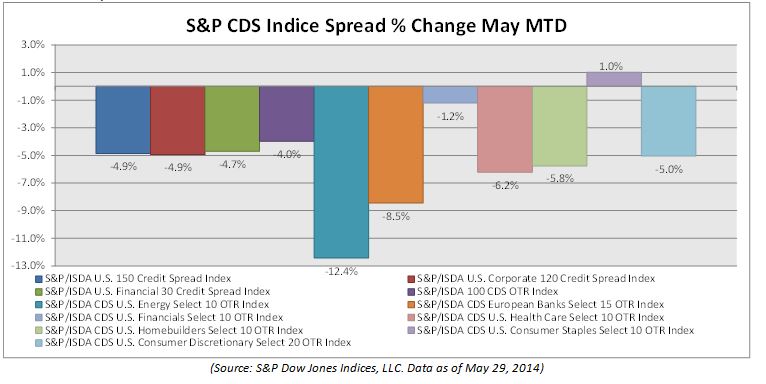 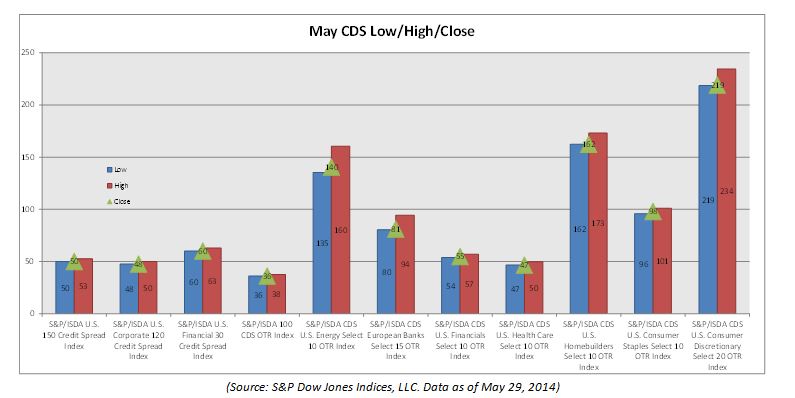 Absent quick dividend cuts, it would appear we are past the point of not posting a double-digit gain in actual cash dividends payments for the S&P 500 (although I would never underestimate the ability of congress).

IF there are no changes in the S&P 500 membership, weights or dividend rates for the rest of the year (not going to happen), using the actual declared payments, and the current dividend rate of the issues over the next seven months would result in a double-digit gain in the actual cash dividend payments for 2014. Since I look at dividends as a paycheck, how many of you can claim a back-to-back double digit annual increase in your pay, with both years setting a new high?

Today’s Economic Indicators not moving the dial on yields.

The yield on the S&P/BGCantor Current 10 Year U.S. Treasury Index since its step down on May 13th as a result of Retail Sales has remained in a range of 2.48% to 2.58%.  There are a number of economic releases scheduled to follow the U.S. Memorial Day Holiday.  Today’s reporting of Durable Goods Orders (0.8% versus -0.7% expected), Consumer Confidence (83 as expected), Richmond (7 vs. 8 exp.) and Dallas (8 vs. 9.5 exp.) Fed Manufacturing, along with the S&P/Case-Shiller Home Price Indices has not moved the dial on yields as the 10-year is within the range at a 2.52%.

In addition to the economic releases, the U.S. Treasury will be auctioning both fixed and floating rate coupon 2-years, along with 5-year and 7-year notes.  News centering on the auctions and how the market receives the total issuance of $108 billion can be a factor.

The next reopening of the 30-year TIPS is scheduled for a June 19th auction and can’t come soon enough.  Investor demand has increased, as seen by the performance of the S&P U.S. TIPS Index which has returned 4.84% year-to-date.  As the Fed continues its promise to keep short rate low, the risk that inflation could increase in the long term will have investors paying closer attention to upcoming CPI releases.

Last week the S&P U.S. Preferred Stock Index (TR) topped out at a year-to-date return of 9.87% before coming off the high and closing the week having returned 9.61%.  The downward days of the 21st to the 23rd for preferreds coincided with an upward movement of 1.5% in total return for the S&P 500.  Month-to-date the preferred index is returning 0.63%.

Activity in the new issue investment grade market continued its fast pace as household names such as Amgen, Credit Suisse, Deutsche Bank, Kimberly-Clark and Time Warner came to market.  A number of the fixed rate deals should find their way into the S&P U.S. Issued Investment Grade Corporate Bond Index.  The index has returned 0.85% month-to-date and 4.96% on the year.

The S&P U.S. Issued High Yield Corporate Bond Index and the S&P/LSTA U.S. Leveraged Loan 100 Index on the month continued to perform in lockstep as both indices have returned 0.63%.  The S&P/LSTA U.S. Leveraged Loan 100 Index is yielding 4.27% in comparison the 4.98% yield of high yield, but the leverage loan index is a much shorter instrument as it rebalances weekly in comparison to the 4 year duration of high yield.  Leverage loan’s market issuance slowed as arrangers focused on deals in the works rather than new issue business ahead of the U.S. Memorial Day Holiday.  On the other hand, High Yield’s primary market issuance was highly active as issuers rushed to lock in low rates before the long holiday weekend.  24 Hour Fitness, Cimarex Energy, CSC Holdings, DriveTime Automotive, Empresas ICA., Energy Transfer Equity, Inmarsat Finance, Live Nation Entertainment, Post Holdings, RBS, Rosetta Resources, Sanmina Corporation, Scientific Games International, Telecom Italia, and TransDigm Inc. are a number of the high yield names that came to market this week.  Year-to-date the S&P U.S. Issued High Yield Corporate Bond Index has returned 4.31%.