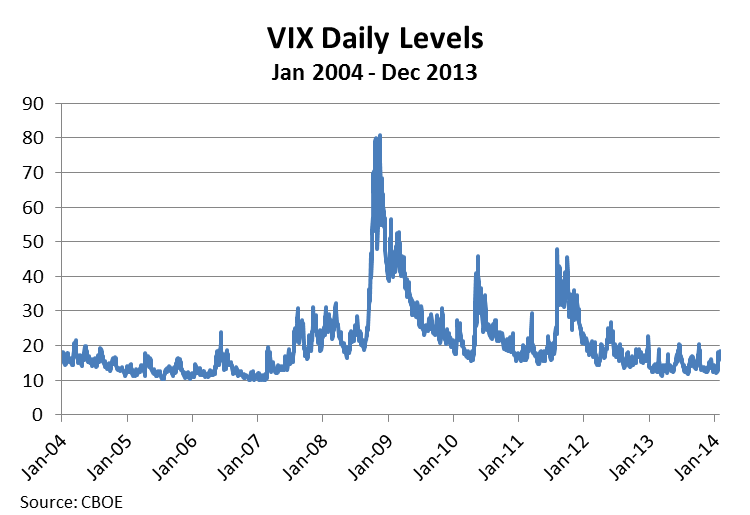 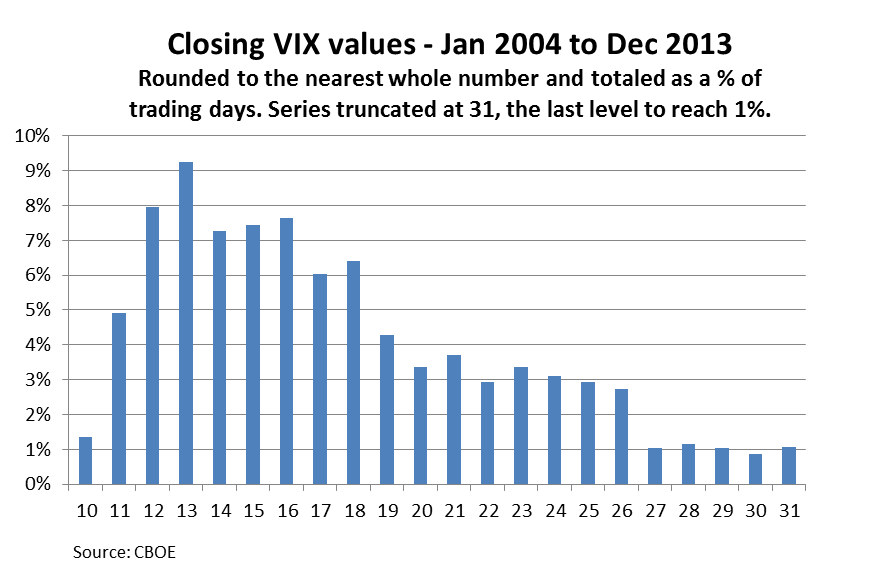 Related posts:
You’ve seen VIX. Now finally learn what it means
Turn VIX into information you can use
Where VIX comes from

On January 8, 2014, S&P Dow Jones Indices announced that it is removing bonds issued by Puerto Rico and other territories from the S&P National AMT-Free Municipal Bond Index effective  January 31, 2014.

Puerto Rico remains a top story in the municipal bond market as it prepares to come to market with more debt.  Bonds issued by Puerto Rico are rated at the lowest investment grade rating by Moody’s, S&P and Fitch.  Each ratings service has recently announced the possibility of downgrade to below investment grade.

Since the start of 2014, the average yield of bonds in the S&P Municipal Bond Puerto Rico Index have ended unchanged at  7.44%.  The yield got as low as a 7.19% on Friday the 24th  but has risen by 25bps since then bringing bond prices back down.  Throughout the ups and downs, the index has seen a year to date total return of 1.33% helping to offset its 2013 negative return of -20.46%.

Investment grade bonds tracked in the S&P National AMT-Free Municipal Bond Index have seen yield drop by 33bps this year to end at 2.78%.  The drop in yields pushes bond prices up resulting in a positive 2.12% total return year to date.

High Yield municipal bonds tracked in the S&P Municipal Bond High Yield index have seen a positive 2.89% return year to date with yields of bonds in this index dropping by 30bps during January to end at 6.46%.

Link to the original announcement  http://us.spindices.com/documents/index-news-and-announcements/20140108-muni-national-series-methodology-update.pdf?force_download=true