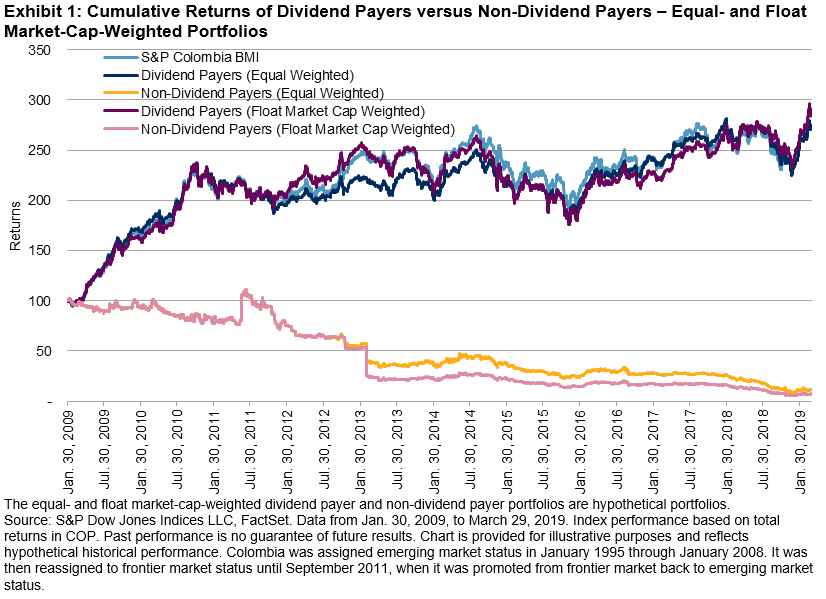 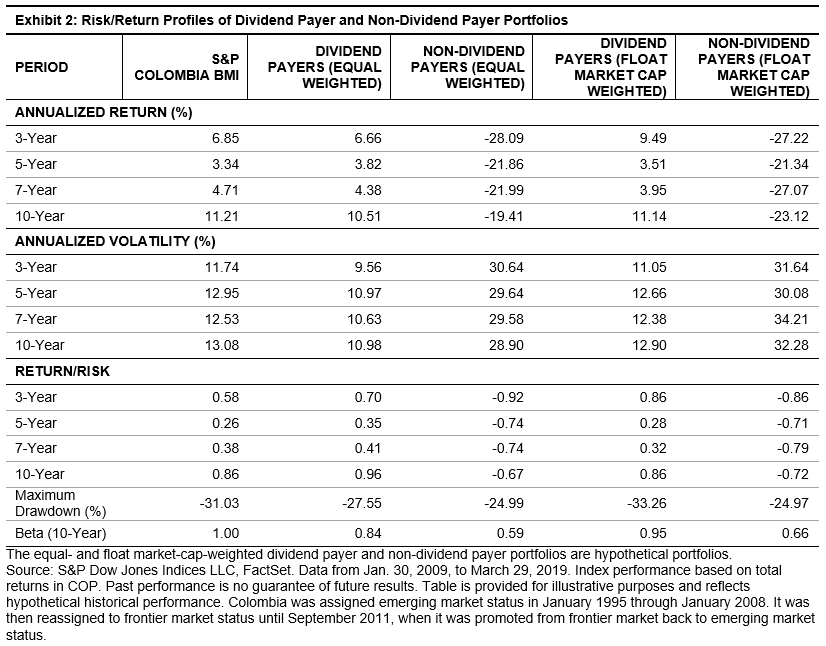 Next, we looked at the average annual contribution to return over the 10-year period, broken down by sectors (see Exhibit 4). We can see that dividend payer portfolios followed a similar distribution to that of the underlying universe, with Financials being the largest contributor, followed by Utilities and Energy. This result is consistent with our previous blog, where we highlighted that these sectors were the largest contributors to dividend yield. For the Energy sector, which contains only one security, the free-float portfolio contribution was larger than the equal-weighted version.

For the non-dividend payer portfolios, Consumer Discretionary and Materials were the biggest detractors. Financials slightly underperformed and Industrials issues outperformed their dividend payer counterparts, while Consumer Staples had zero contribution, as all the Consumer Staples securities pay dividends. The Utilities and Energy sectors also added positively for all the portfolios, while Communication Services contributed negatively to all portfolios. 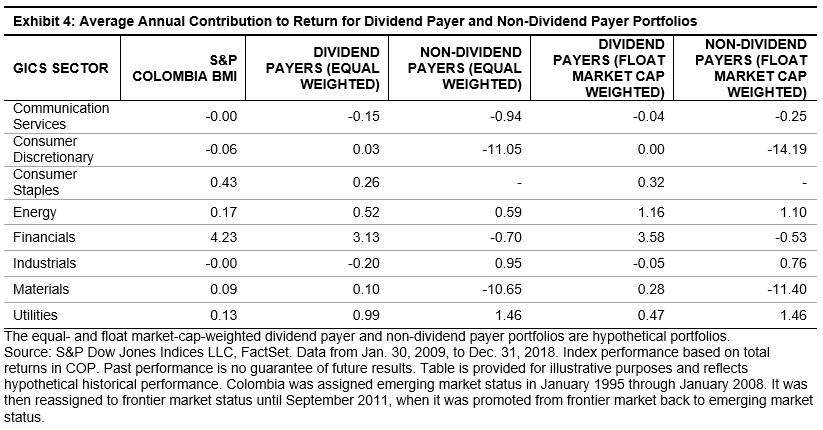 Overall, the Colombian equity market has seemed to prefer dividend payers to non-dividend payers. This finding implies that dividend-based strategies are feasible, but market participants may want to address potential sector concentration issues.