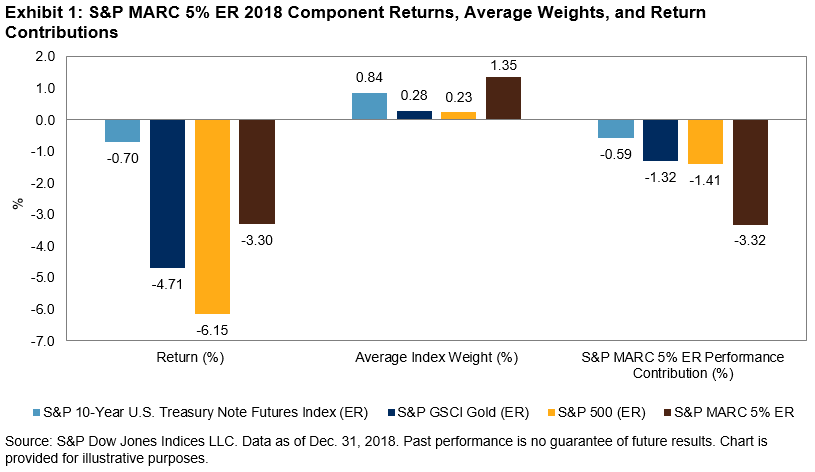 What is surprising is that 2018 started on different footing from where it ended. Looking at early 2018, with the exception of February to April, there was a clear dispersion of performance between the different underlying asset classes, and that became more pronounced after April when equities began to rally and gold sold off through the end of Q3 2018. Looking at Q4 2018, the bifurcation of performance continued with equities selling off sharply, while the other asset classes and the S&P MARC 5% ER moved higher toward the end of the year. 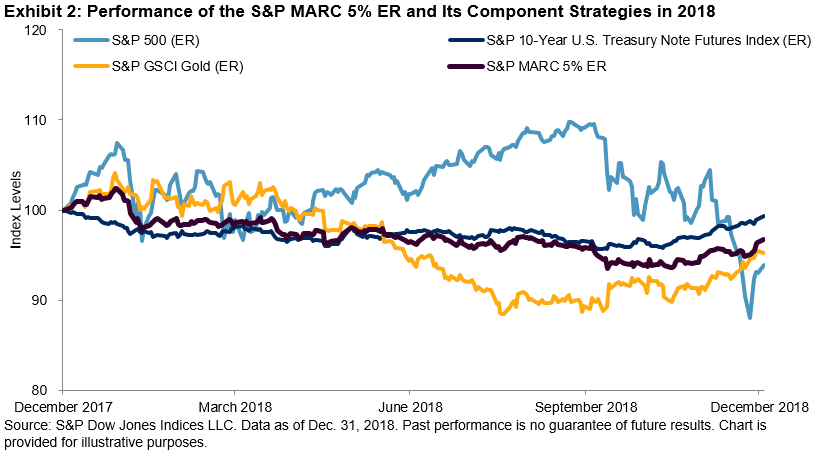 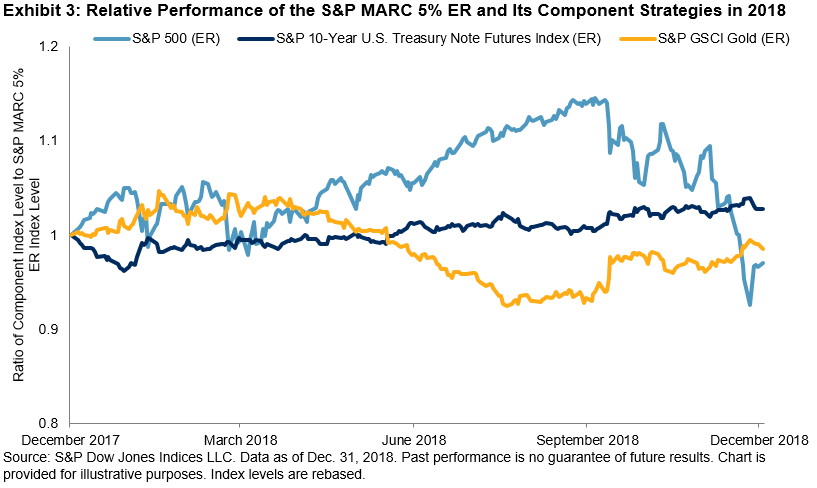 On the surface, it looks like the index was allocated to cash after the February drawdown because of the almost sideways performance; however, when looking at the index weights, what becomes apparent is the index allocation throughout the year. Unlike many other strategy indices, which moved to cash or short-dated Treasuries for extended portions of 2018, the S&P MARC 5% ER held sizeable positions across equities, Treasuries, and gold with an average of 23%, 84%, and 28%, respectively. In addition to the distribution across asset classes, the S&P MARC 5% ER had an average index allocation of 135.7% in 2018. 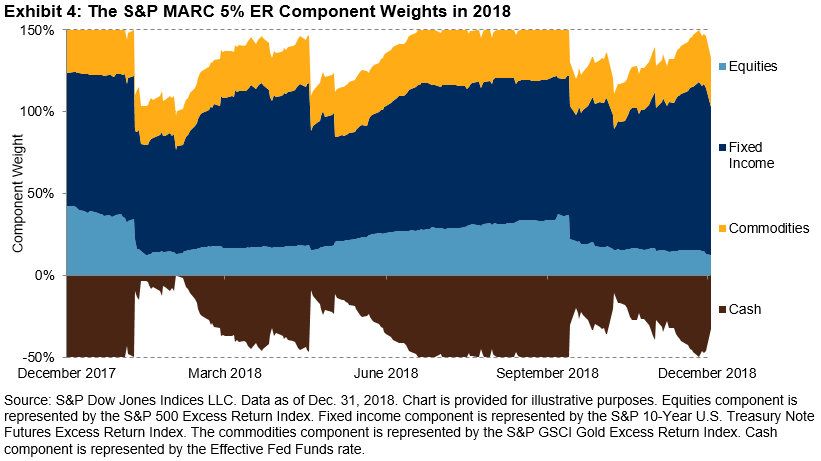