As we approach the final month of a rollercoaster year in the markets, adding a factor lens can provide perspective, especially when it comes to low volatility.

The goal of low volatility strategies is to provide investors with protection in falling markets and participation in rising markets. The need for protection has become more relevant as a result of recent market declines in the U.S. and prolonged weakness overseas.

Through September, low volatility in the U.S. was the ugly duckling of factor strategies, underperforming the S&P 500® and lagging far behind the then-ascendant growth and momentum strategies. However, the tide turned in October, which was a rough month (to say the least) for U.S. equities. As seen in Exhibit 1, the S&P 500 lost 7%, while the S&P 500 Low Volatility Index outperformed by 4%, providing a much needed protective cushion. Exhibit 2 shows that the most important component of low volatility’s success was the strong relative performance of Utilities, where low volatility has a substantial overweight. 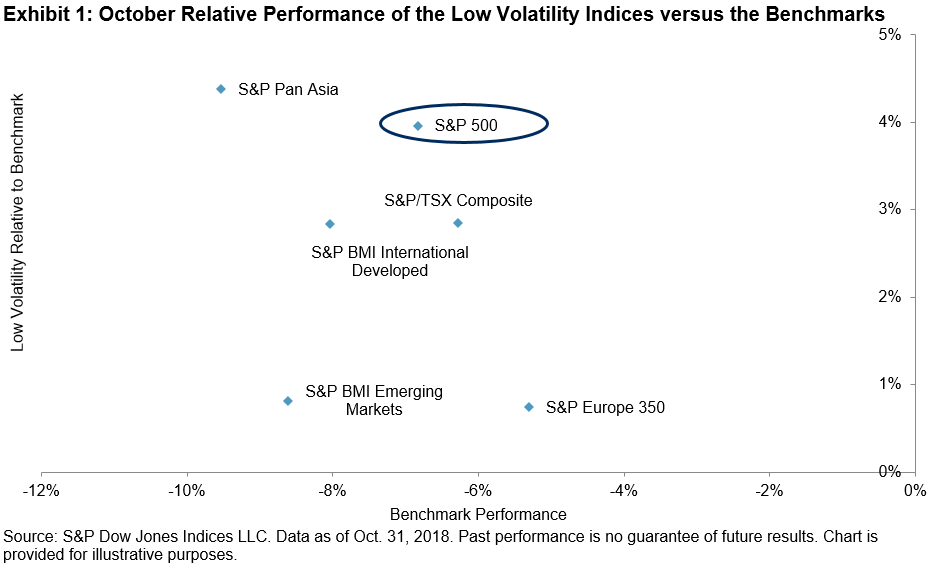 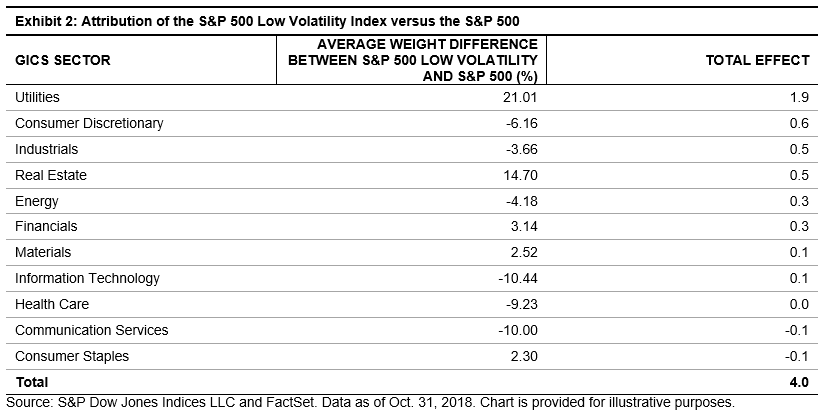 Low volatility’s success was not unique to the U.S. Exhibits 3 and 4 show that similar trends occurred globally, particularly in the emerging markets and Asia, regions that have experienced turmoil for most of this year. The S&P Pan Asia Low Volatility Index and S&P BMI Emerging Markets Low Volatility Index outperformed their benchmarks by 12% and 11%, respectively, for the one-year period ending October 2018. 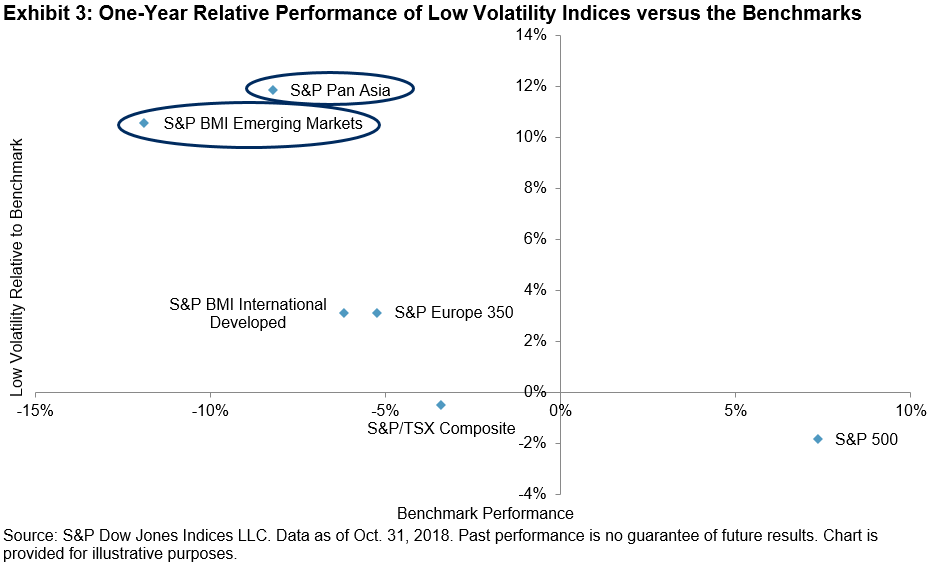 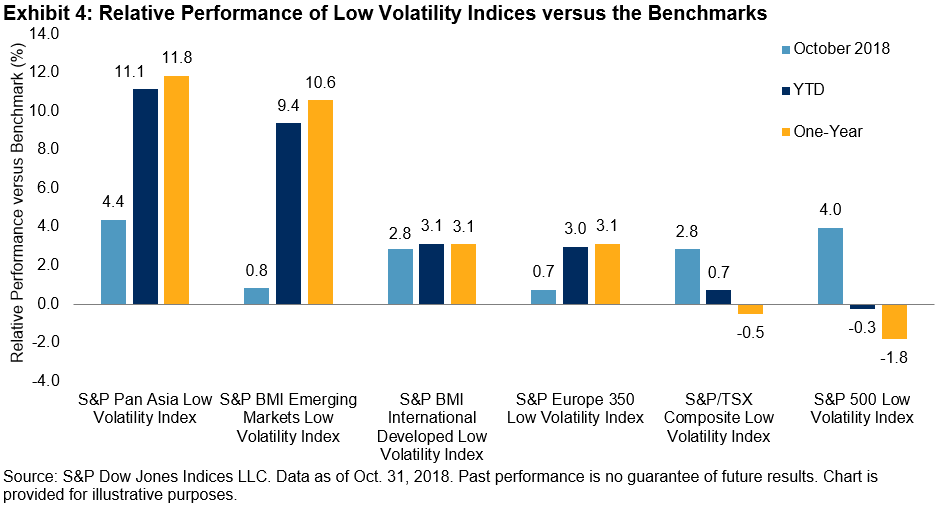 Low volatility strategies have been successful across regions and time horizons in providing protection during market declines. 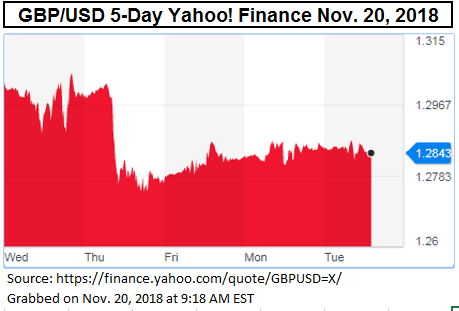