“The aim of the wise is not to secure pleasure, but to avoid pain.”

Recent volatility in equity markets may be unsettling to some investors. Skittishness about the stock market is understandable, especially in the context of the serenity in 2017. Volatility levels are relatively higher and risk is on the radar of investors’ consciousness again.

Historically, bonds have been the preferred asset class in times of turmoil. The bull market for bonds in the last 30+ plus years meant the tradeoff in returns wasn’t that much of a sacrifice. But, as the chart below shows, at current interest rate levels, bonds as a means of defense are less attractive than they’ve typically been. 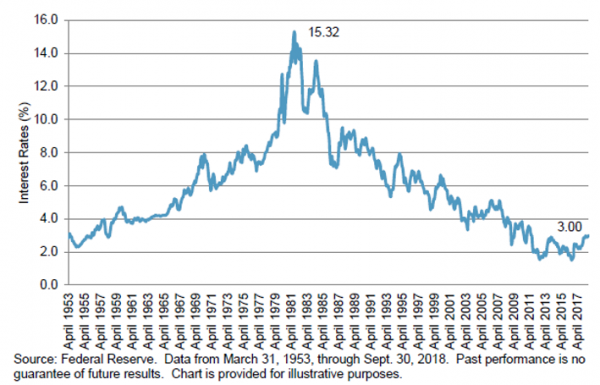 In this context, we looked at defensive equity strategies as a means of lowering overall portfolio risk. The S&P 500 Low Volatility Index is the classic example of a risk-reducing strategy; the index tracks the 100 least volatile stocks in the S&P 500.   As the chart below reflects, this index has consistently delivered less volatility than the S&P 500 from 1991 to 2017 on a 10-year rolling basis.  Despite its lower risk profile, the S&P 500 Low Volatility Index has, anomalously, outperformed the S&P 500 in the 27+ years from 1991 to year-to-date 2018. 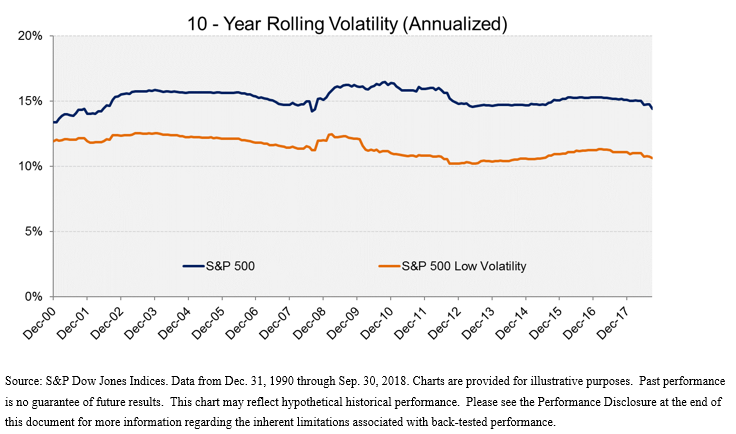 Low Volatility is perhaps the quintessential defensive equity strategy, but it’s by no means the only one.  Our new paper, Defense Beyond Bonds, provides a deeper discussion of risk-mitigating approaches to equity management.

Style plays an important role in an investor’s asset allocation decisions. In the SPIVA India Mid-Year 2018 Scorecard, one can notice the low style consistency, especially in the Indian Equity Large-Cap and Indian Equity Mid-/Small-Cap categories. The Securities and Exchange Board of India (SEBI) circular dated Oct. 6, 2017, mandated the following important directives for the Mutual Fund Industry.[1]

These mandates have had important implications for the mutual fund industry and investors. The fund houses had to not only align their portfolios as per the size definitions laid out, but they also had to ensure a unique offering in each size category. For example, as per the second rule, a mutual fund house offering two large-cap schemes would have to either liquidate one scheme, merge it into another scheme, or change the style of one of the offerings.

The aforementioned implications may have been one of the reasons for the relatively lower style consistency over the one-year period ending in June 2018, as funds would have initiated the process to align their product offerings with SEBI’s guidelines.

Source: S&P Dow Jones Indices LLC, Morningstar, and Association of Mutual Funds in India. Data from June 30, 2017, to June 30, 2018. Past performance is no guarantee of future results. Table is provided for illustrative purposes.

For the Indian Equity Mid-/Small-Cap fund category, the style consistency was higher than for large caps, at 73.3%. Few funds moved to the new large- and mid-cap, multi-cap, and focused fund categories.

Source: S&P Dow Jones Indices LLC, Morningstar, and Association of Mutual Funds in India. Data as of June 30, 2018. Past performance is no guarantee of future results. Table is provided for illustrative purposes.

A change in style during the investment tenure may potentially affect the risk/return characteristics of a portfolio. For example, a multi-cap fund offering participation to small-cap stocks has the potential to augment returns but at a higher risk and potential drawdown in comparison with a large-cap fund, which may not have been an investor’s initial expectation at the time of investment.

[2]   Data as per Morningstar category classifications. 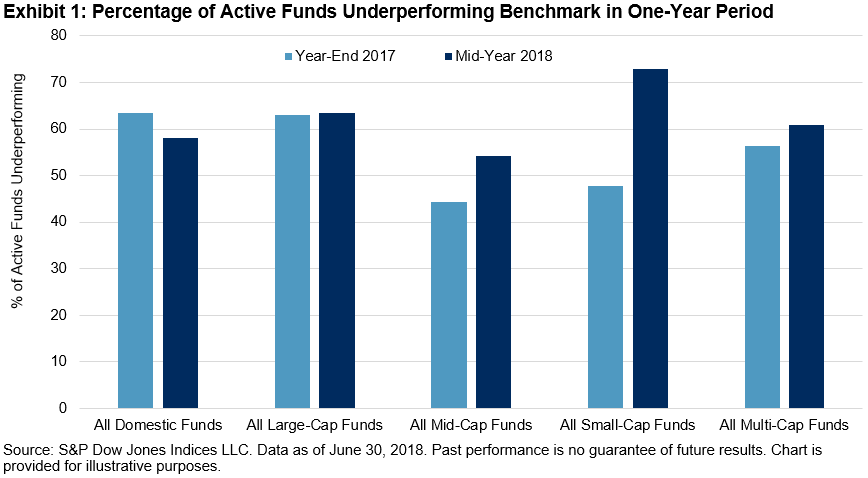 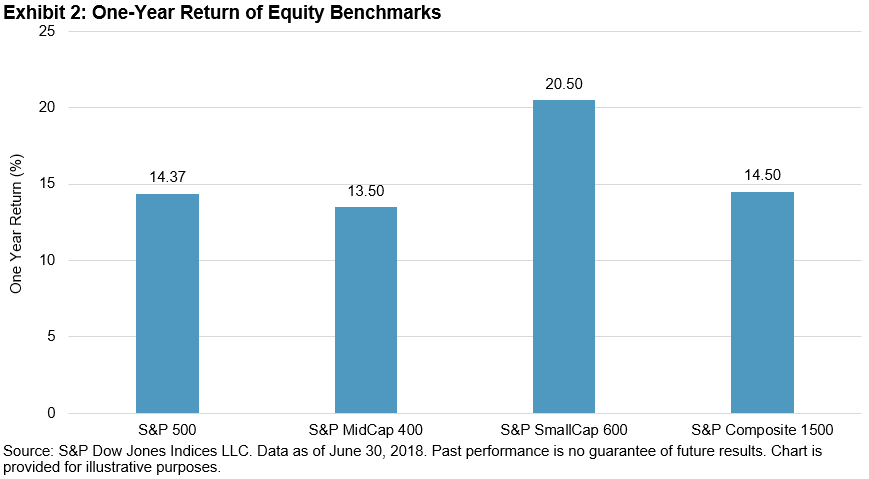 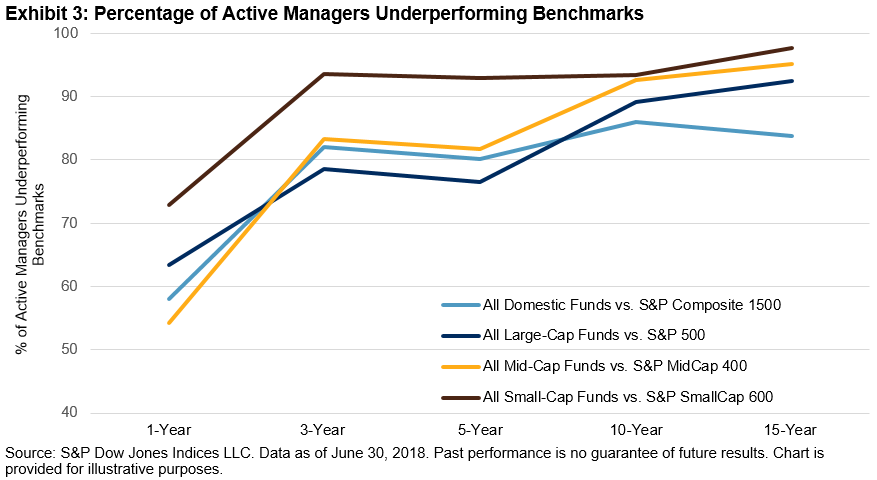