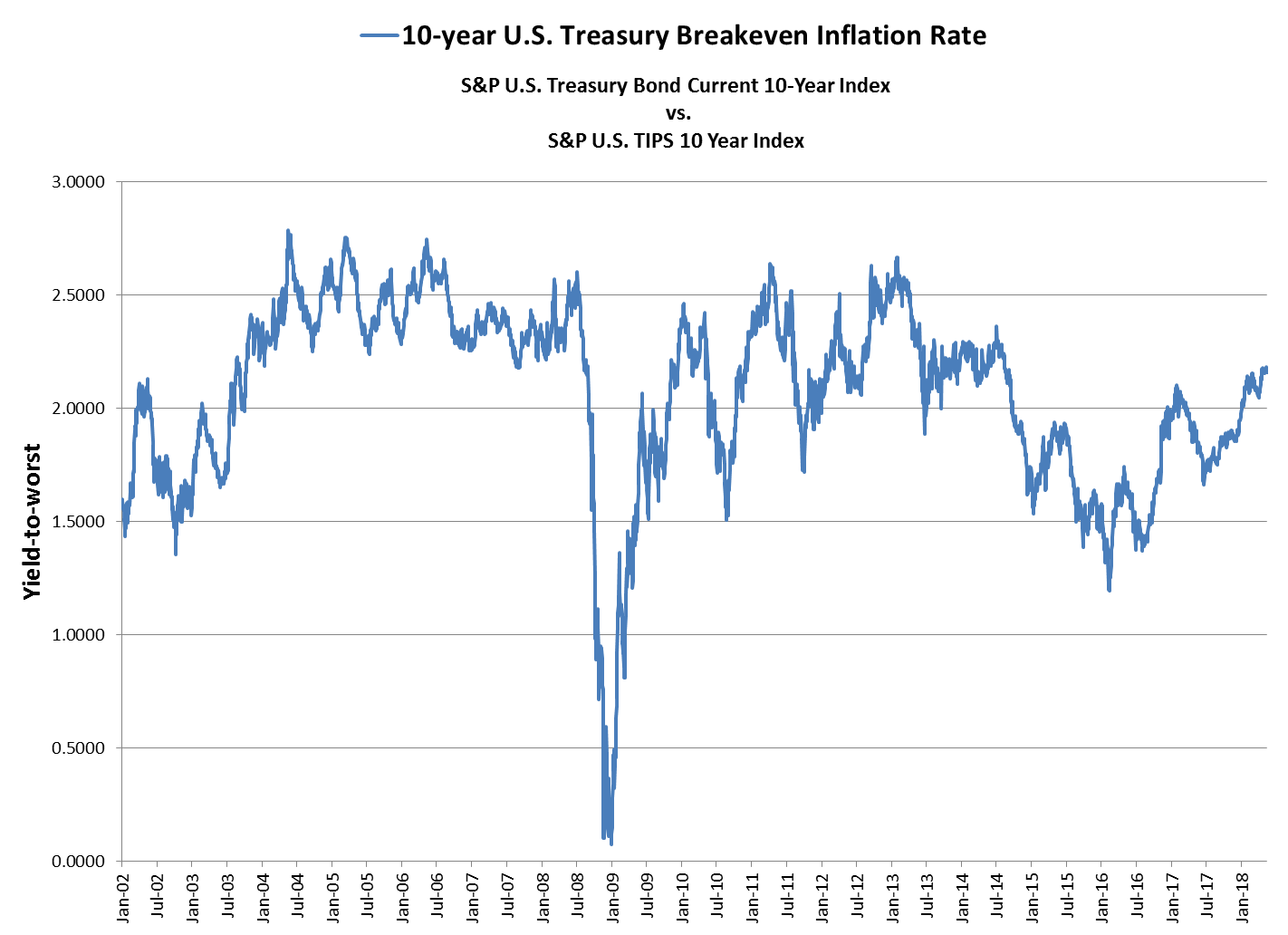 Source: S&P Dow Jones Indices LLC. Data as of May 14, 2018. Past performance is no guarantee of future results. Chart is provided for illustrative purposes and reflects hypothetical historical performance. The S&P U.S. Treasury Bond Current 10-Year Index was launched on Sept. 13, 2013. The S&P U.S. TIPS 10 Year Index was launched on Sept. 3, 2013.