Most sentient investors are aware of the low volatility that characterizes the current environment, with the S&P 500®’s trailing twelve-month annualized volatility at approximately half its level from a year ago. This trend was driven in part by some significant negative inter-sectoral correlations, for example between information technology and real estate versus financials, and energy versus information technology (see Exhibit 1). 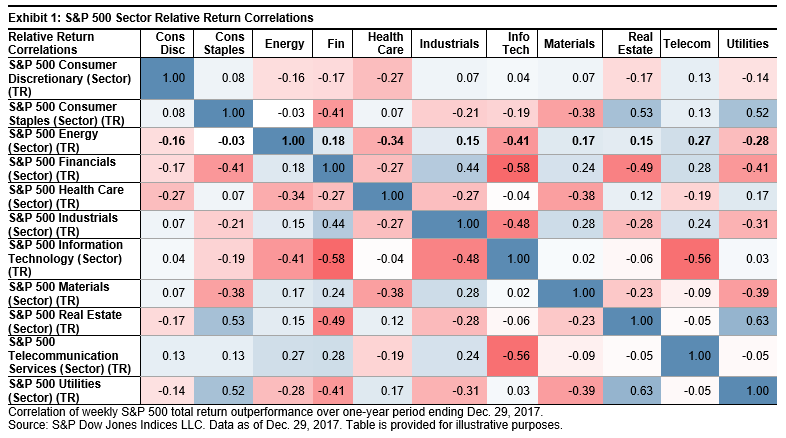 Going a step further at the sector level, we observe decreases in volatility across the majority of sectors. Most notably, energy had the largest decrease (see Exhibit 2). 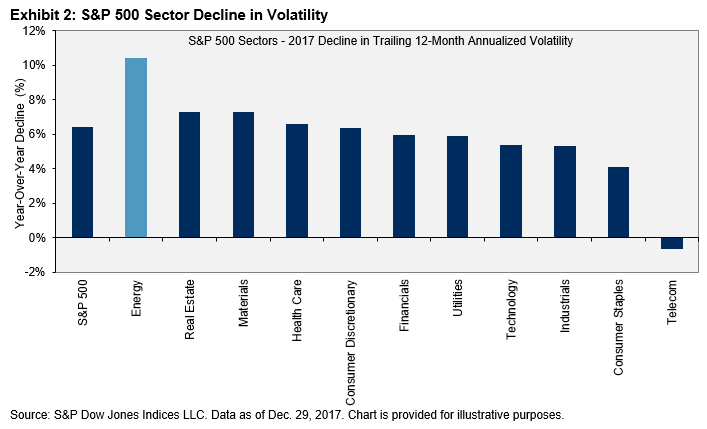 As illustrated in the most recent sector dashboard, the S&P 500 Energy sector’s trailing twelve-month annualized volatility was 13.2% as of Dec. 29, 2017—approximately half the sector’s 23.6% volatility from the prior year, with volatility declining steadily over the past twelve months. Historically, energy volatility has ranked roughly at the median of all sectors. We witnessed an aberration in recent years, as the sector’s volatility reached peak levels. However, this trend has reverted during the past year. 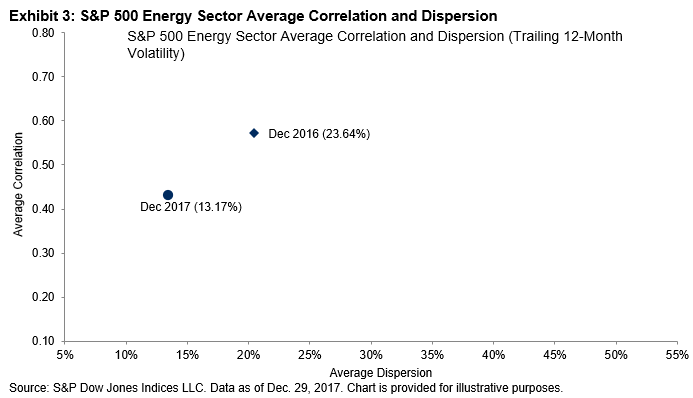 While energy was the second-worst-performing sector in 2017, performance has picked up so far in 2018, with the sector up 5.9% for the month as of Jan. 19, 2018, aided by strengthening oil prices. Will this performance tailwind reverse last year’s decline in volatility? We shall wait and see.