Industrial metals hit multi-year highs last month with the S&P GSCI Industrial Metals Index up off its bottom nearly 60%.  This was mainly due to strong Chinese demand growth and a falling US dollar.  While the dollar has continued its fall in September, there is some concern over slowing growth in China.  On average, returns of energy and metals are resistant to drops in Chinese GDP growth. 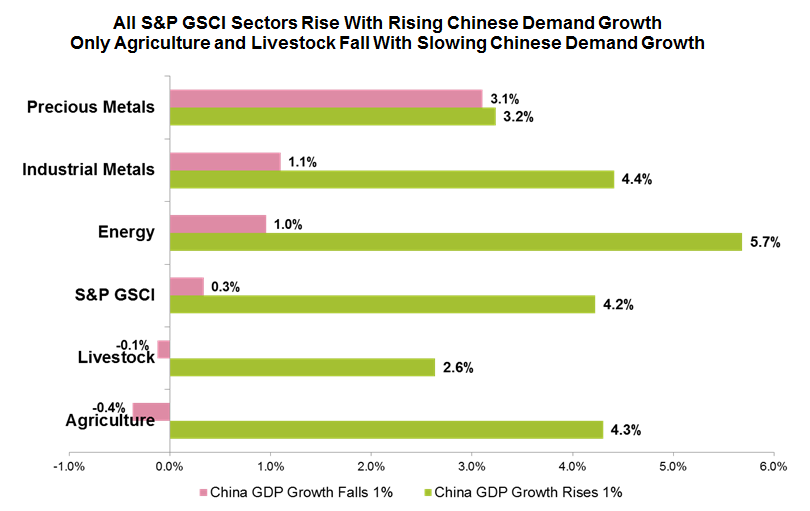 However, industrial metals is the sector falling most often concurrently with slowing growth, falling together in over 60% of the time, and is the only sector that falls more frequently with slowing growth than it rises with rising growth.  Last Thursday, China reported its slowest growth in investment in nearly 18 years and the industrial metals has lost 3.1% in the first half of the month.  Nickel lost 6.0%, copper lost 4.1% and zinc fell 3.6%.  Aluminum and lead lost a respective 1.5% and 1.3%. 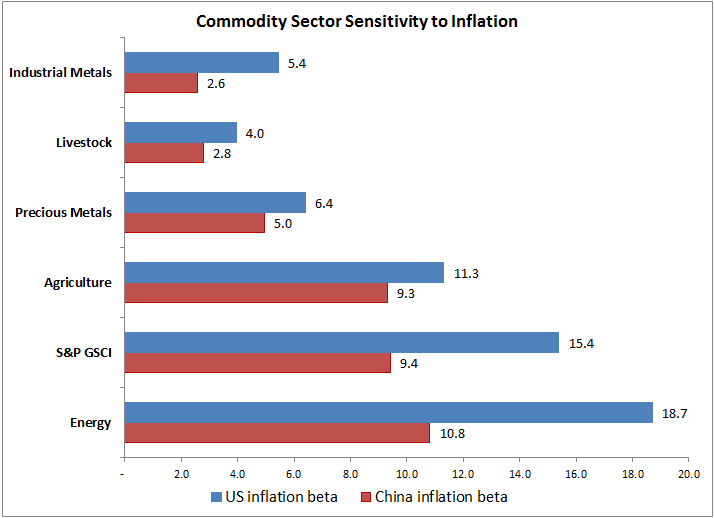