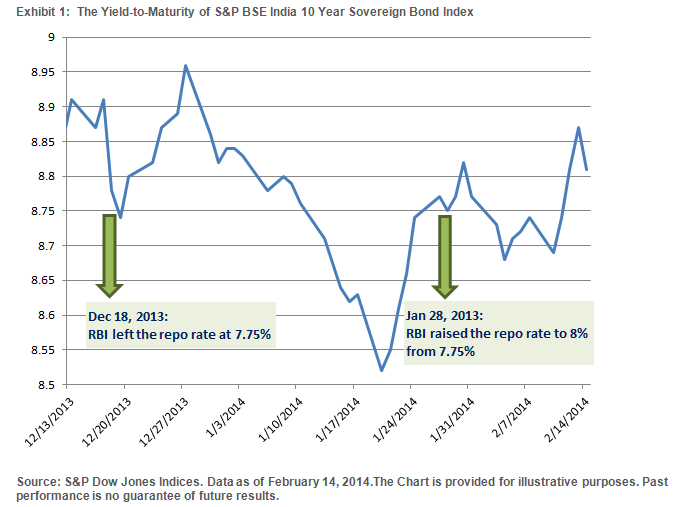 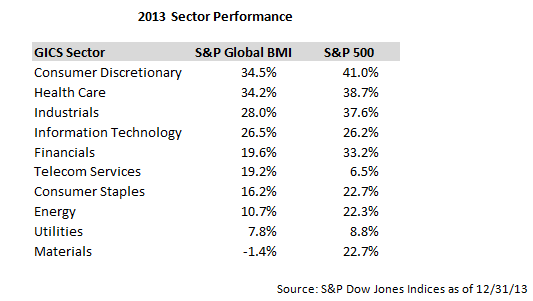 Perception might be that lovers everywhere have always enjoyed the confection of affection, chocolate. However, it has taken some time for many Asian countries to adopt the taste, but it seems now they have fallen in love.  The Singapore-based Cocoa Association of Asia said that in the fourth quarter of 2013 demand rose 10% from Asia including Malaysia, Singapore and Indonesia. Further, for Valentine’s Day in India, gold jewelry demand has dropped between 5-10% while confectioners estimate chocolate demand is up about 20%.

Maybe Ghana got it right, when in 2007, the Ghana Tourism Authority and the Ministry of Tourism re-branded Valentine’s Day, which falls on February 14, as National Chocolate Day. As you can see in the chart below, the S&P GSCI Cocoa gained 83.4% since Feb 2007.

The growing demand has driven cocoa to be one of the best performing commodities in the S&P GSCI in 2014, despite abundant arrivals from West Africa. The S&P GSCI Cocoa has gained 8.4% YTD, only behind coffee and natural gas in the index.

Notice in the analysis below that it is possible cocoa could reach a new all-time high. The current gain from the bottom in May 2012 is 42.0% and has occurred over 623 days, which is 169 days short of the shortest historical gain in the table. It is also between 6-7 months shorter than the average historical gain. Also notice the average gain has been 122% or 80% more than the current gain. If the S&P GSCI Cocoa only gained in this bull run as much as the smallest trough to peak gain, it would still add another 38.0%, but if the gain were as big as the biggest gain in the 2000-2003 period, it has another 188.4% to go. However, if we look at the high that occurred in Feb 2011, it is only 24.9% greater than today’s level, which means it wouldn’t be surprising to see cocoa break a record high, especially given the supportive fundamentals.