This morning (September 10th) S&P Dow Jones Indices announced three deletions and additions for the Dow Jones Industrial Average.  This post explains why we made these changes. The press release is on www.spdji.com

The Dow is price weighted – each stock’s weight is the ratio of its price to the total of the prices of all 30 stocks.   When the largest stock price is about 185 and the sum of all 30 prices is about 1943, an eight dollar stock has little impact – a weight of about 0.4% (or 40 basis points).  The three stocks being dropped together represent about 3% weight in the index.  At the same time, the high price stocks have a disproportionately large impact on the index. The highest price stock at about 185 has a weight of about 9.5%.   After the changes the highest weight stock is lower at 8% and the lowest rate is more than doubled at 1%.  The improved weighting means that we are not wasting one or two of the thirty names on stocks with minimal weight.

The changes also improve the sector representation. Adding Nike provides more exposure to consumer discretionary stocks and introduces apparel and footwear as well. BankAmerica and JP Morgan Chase are quite similar to one-another; replacing BankAmerica with Goldman Sachs gives some diversity to the financial sector.  Likewise, Visa adds diversity to the tech sector compared to Hewlett Packard.  Hewlett Packard’s businesses are close to those of other tech companies in the Dow while Visa is a leading payment network operator, an activity not as well represented by other Dow stocks.

Changes to the Dow always bring a lot of questions from the media and investors. Three asked today:

The most asked question of the day was probably “why not Google?”  The answer is price weighting – Had we added Google and dropped some high priced stock; Google would have dominated the index with a weight of 25%-30%.  Google may be important, but we shouldn’t pretend it is a quarter to a third of the whole market.

Close behind Google is whether we thought about changing to a different weighting method.  We think about, and discuss, a lot of things with indices. The Averages Committee, which is responsible for the Dow, the Dow Transports and Dow Utilities, will review some recent work on how indices are weighted.  Whether any changes will be made is a question for the future – wait and see.

Everyone wants to invest with the ‘smartest guys in the room’. But what do the smartest guys invest in? Well, a poll of mutual fund professionals suggests a very surprising result.

As regular readers of this blog will know, while there are plenty of managers who can show attractive returns over the past few quarters it is statistically almost impossible to find managers that can deliver better-than benchmark returns persistently over longer time periods.

But we’re not the only voice in this argument. An entire industry of active fund managers are gainfully and necessarily employed in the cut-and-thrust of this debate. That’s why I was fascinated to come across this article. In summary: 77% of mutual fund professionals are moderately or significantly invested via passive investment products. So perhaps they too see the value of index investing, at least for a portion of their personal account.

It’s always pleasing when we see evidence that our data are being used to help inform investment decisions, so I hope you’ll join me in applauding the investment acumen of active managers who invest passively. They might appreciate the irony. 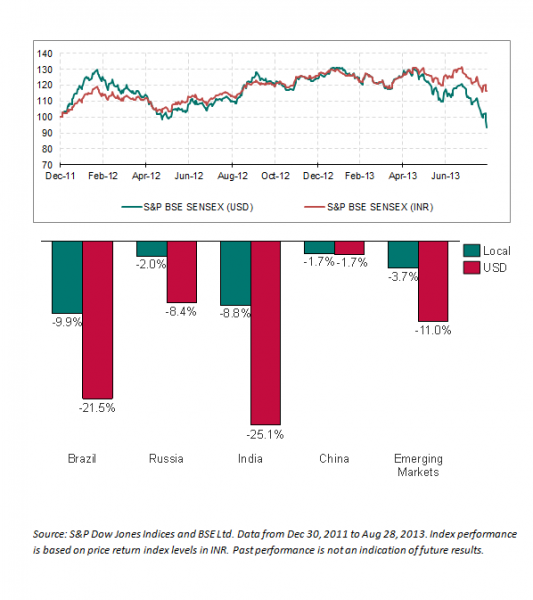