Sector performance and economic cycles: When do sectors have the potential to shine? 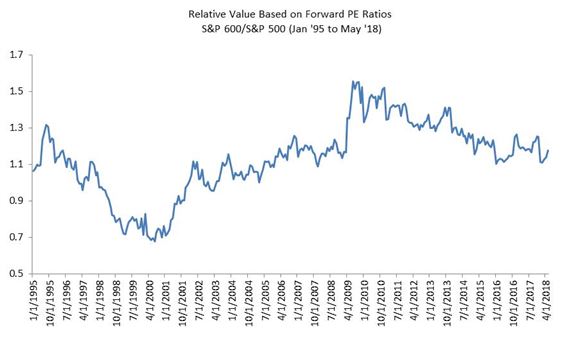 The S&P/BMV Mexico Target Risk Index Series comprises four multi-asset class indices that are designed to serve as benchmarks for the Mexican pension system based on the risk tolerance levels of plan participants. Generally, younger individuals with longer time horizons until retirement will have greater risk tolerance and therefore higher exposure to risky assets such as equities, while older individuals will allocate to more conservative assets such as short-term nominal and inflation-linked bonds. As outlined in our paper, “Benchmarking Lifecycle Investment Strategies: Introducing the S&P/BMV Mexico Target Risk Indices,” we used liquid, investable indices to represent each asset class.

Designed to represent investment strategies with varying levels of risk appetite, the indices allocate across various asset classes to meet their respective risk target. Therefore, it is important to understand the sources of portfolio risk. In this blog, we decompose the risk of each portfolio by asset class so that we can identify and attribute the portion of realized risk coming from each index. 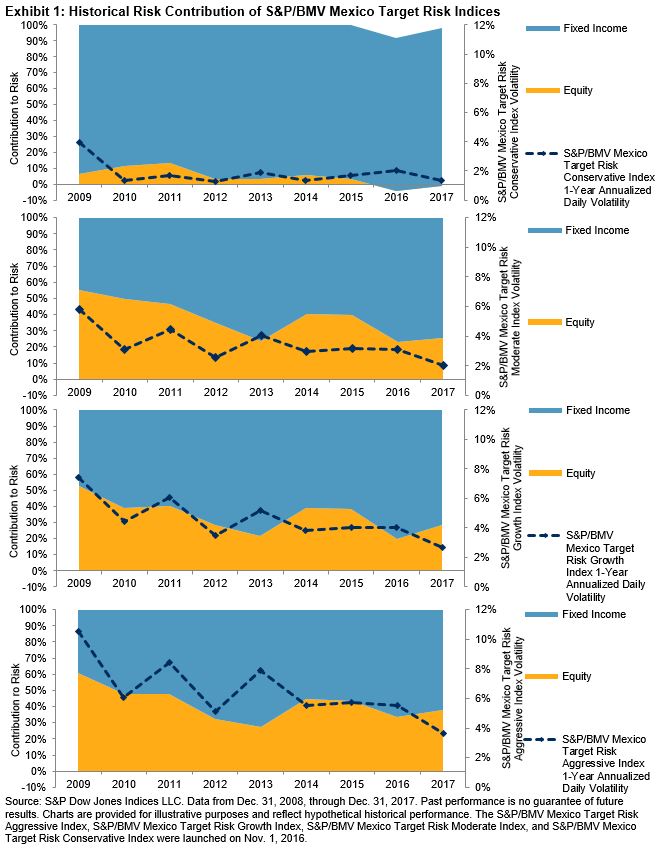 As we noted in our paper, there are periods, such as 2013, when the aggressive portfolio underperformed its growth, moderate, and conservative counterparts due to asset allocation mix. A close examination of asset class contribution to risk provides some insight. For example, in 2013, the biggest contributor to the total risk of the S&P/BMV Mexico Target Risk Aggressive Index came from fixed income, namely the S&P/BMV Sovereign MBONOS 20+ Year Bond Index. At roughly 28% of portfolio total risk, its risk contribution was higher than that of the equity portion (see Exhibit 2). 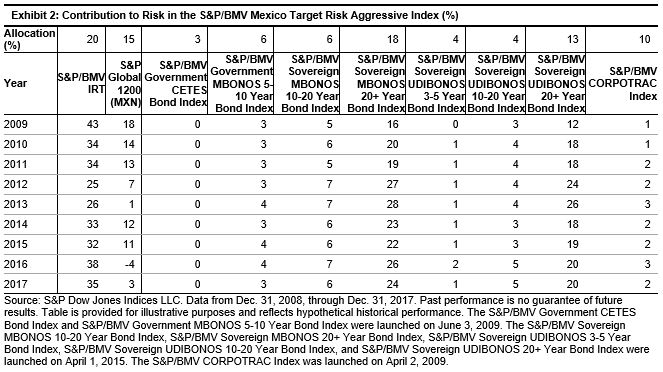 In this blog, we highlighted the importance of understanding the sources of portfolio risk. Asset allocation strategies, such as the S&P/BMV Mexico Target Risk Indices, require decomposition of portfolio risk so that market participants are aware of where the risk is coming from and can assess the impact of each asset class on the overall portfolio.

[1] To calculate each asset class contribution to risk, we start by defining the portfolio volatility as

From this equation, the risk contribution of each asset class can be derived as

Sector performance and economic cycles: When do sectors have the potential to shine?

There are many determinants of stock performance. Corporate earnings, fiscal policy and interest rates can all influence the equity markets. But equity returns are also dependent on where we stand in the economic cycle.

How do we know this?

The correlation between excess returns and economic cycles

Consider the table below, which displays the excess price return of the 10 sectors that make up the S&P 500 Index over a roughly 17-year period, from October 2001 through April 2018. (Here, I am defining excess returns as the price of each sector minus the price of the S&P 500 Index.) I’ve segregated returns by economic cycle, defined by the position of the Institute of Supply Management Manufacturing Index (ISM Manufacturing Index), which is a broad barometer of manufacturing activity in the US. 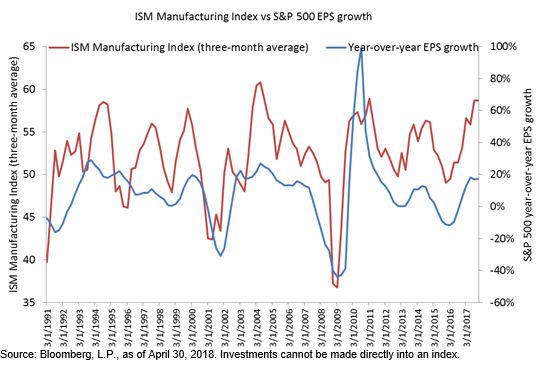 Where are we in the current economic cycle? 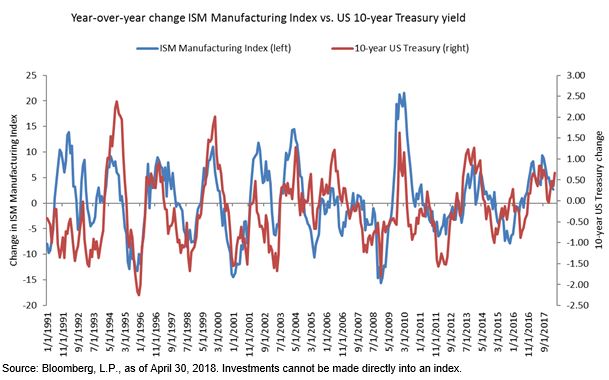 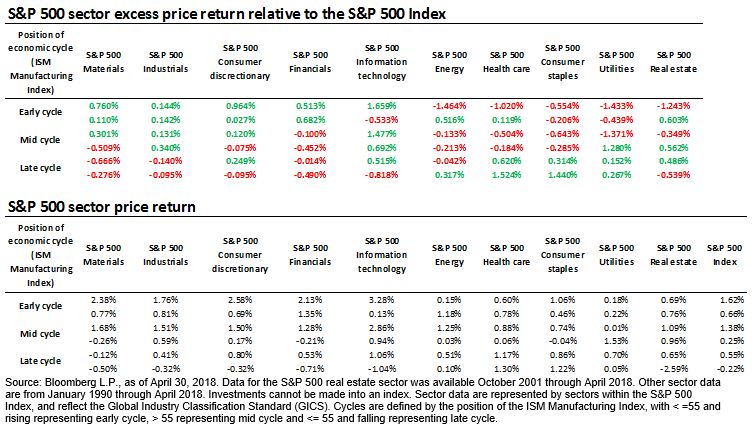