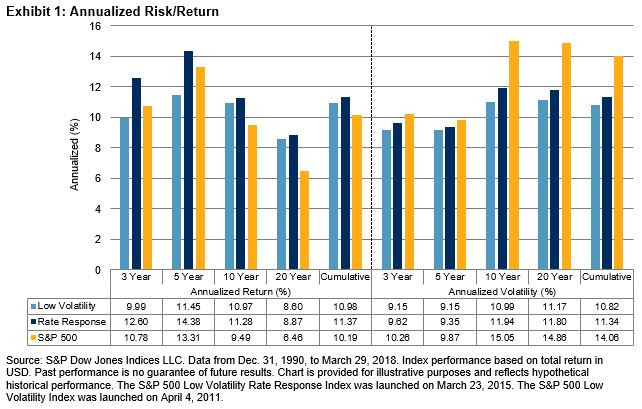 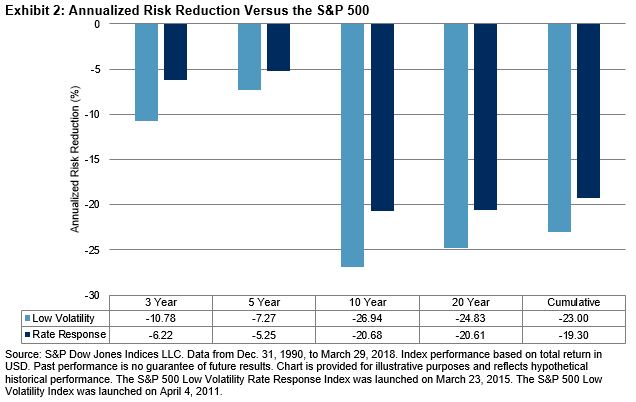 The S&P GSCI was up 1.5% for the month and up 8.9% YTD. Precious metals was the worst-performing commodity, while livestock was the best.

Of the 24 commodities tracked by the index, 18 were positive in May. Nickel was the best-performing commodity for the month, while cocoa was the worst.

The S&P GSCI Agriculture was up 1.3%. Chicago wheat and Kansas wheat were the best-performing grain commodities, up 3.3% and 1.1%, respectively. Soybeans was the worst-performing grain commodity, down 2.7% for the month, affected by the tariffs imposed by the U.S. on aluminum and steel and the impact this could have on trade with China, which currently imports around 60% of U.S. soybeans, as well as record plantings of the grain in Brazil and the U.S. Cotton was the best-performing softs commodity, up 11.3% for the month and up 18.3% YTD, benefiting from harvest and quality issues, as well as dry weather conditions in the southern plains that could further hinder output.

The S&P GSCI Livestock was up 2.2% for the month. Cattle commodities were positive in May, with feeder cattle up 1.0% and live cattle up 0.3%. Feeder cattle prices were supported by a USDA report that showed a decline in the number of cattle placed on feed in April 2018. Lean hogs was also positive, up 5.6% for the month, due to seasonal demand.

The S&P GSCI Energy was up 1.5%. All the energy commodities, except for WTI crude oil, were positive for the month. Gasoil was the best-performing petroleum commodity, up 5.2% and up 15.0% YTD. WTI crude oil was the worst-performing commodity, down 2.0% over concerns that the Organization of the Petroleum Exporting Countries (OPEC) would raise production levels for the first time since 2016, which further weighed down prices affected by high levels of production. Natural gas was the best-performing commodity in the energy sector, up 6.2%, after the U.S. Energy Information Administration (EIA) reported below average inventory levels combined with high demand during the summer months.

The S&P GSCI Industrial Metals was up 2.1%. All the base metals, except for zinc, were positive in May. Nickel was the best-performing commodity in the sector, up 11.5% due to demand outpacing supply, as nickel is utilized in electronic vehicle batteries, which have seen solid global demand. Zinc was the worst-performing commodity in the sector for the second consecutive month, down 0.8%, bringing its YTD performance to -6.1% due to high supply levels. The S&P GSCI Precious Metals was down 1.2%. Gold fell 1.4%, weighed down by expectations of a moderate increase in inflation levels and rising interest rates, as well as an increase in consumer spending. Silver was up 0.5%, with the benefits from its industrial use outweighing its precious metal safe-haven status.

Exhibit 2 depicts the annualized risk/return characteristics of the S&P GSCI sector and single commodity indices. In terms of annualized returns, the S&P GSCI Livestock was the worst-performing sector in the index, down 13.3%, while the S&P GSCI Energy was the best-performing sector, up 40.6%. Energy also presented the highest level of volatility this past year, with an annualized risk level of 20.9%. Live cattle was the worst-performing commodity, down 17.4% year-over-year, while nickel, the best performer in May, was also the best performer year-over-year, up 73.4%. Natural gas, which declined 12.5% over the past year, presented the highest volatility, with an annualized one-year risk level of 31.4%. Natural gas tended to exhibit the highest level of volatility, as can be seen in its 1%-10% annualized risk levels, due to the impact of weather conditions that affect the fundamentals of supply and demand. Furthermore, natural gas has changed significantly since 2009, with the evolution of new technologies focused on extracting natural gas, which has lowered prices.

Individuals preparing for life after full-time employment may find that planning for a particular range of inflation-adjusted retirement income is more effective than planning for a particular range of wealth. Wealth levels are unintuitive because they do not provide practical spending guidelines. They are also heavily influenced by random variables (market returns). Using one’s wealth as a primary gauge may lead to overspending in early retirement by those unprepared to manage a prudent withdrawal program, or underspending over the course of retirement by those overly concerned with outliving their savings.

In this post, I’ll cover steps #1 and #2 and show a simple way of estimating required future income.

Even if you do not do a great job of tracking current expenses, you can back into personal expenditures as long as you know how much you save and how much you pay in taxes. Every dollar earned must be either spent or saved, so if you know your savings and taxes paid, you can derive personal expenditures by subtracting savings and taxes from gross income.

Once you estimate current personal expenses, directly by logging receipts or indirectly through the method outlined above, you can adjust for expected changes in spending during retirement. For example, suppose the following.

Adjusting my current level of spending (USD 100,000) for changes in spending patterns after retirement equates to about USD 83,000 (in today’s U.S. dollars) to maintain my current lifestyle in retirement. USD 83,000 per year is therefore my estimated retirement income liability.

Next, we should take account of guaranteed retirement income, such as Social Security benefits. You can get an estimate of expected benefits from the U.S. Social Security Administration website calculator. Suppose the calculator tells me I should receive USD 25,000 per year under current assumptions. Then my net estimated retirement liability, the portion I will have to fund with personal savings in current U.S. dollars, is:

Having completed these calculations, I have a reasonable estimate of the income level that I need to fund in order to maintain my lifestyle in retirement. In my next post, I’ll show how to measure progress toward such a goal well ahead of one’s retirement date.

The construction of the rate response index is similar to that of the original low volatility index, with an additional step of removing the quintile of securities in the S&P 500 shown to have the most negative exposure to rising interest rates.[i] After these securities are removed, the 100 least volatile stocks are selected for inclusion into the index.

To determine the effectiveness of the rate response methodology, we examined the performance during rising interest rate periods. Exhibit 1 shows periods of significant increases in interest rates (1% or more in 10-year U.S. Treasury Bond yield) compared with the S&P 500. Additionally, we compared the rate response index with the low volatility index in these periods.

The analysis in this blog shows that the rate response index historically outpaced the low volatility index in rising interest rate regimes. In a follow-up post, we will cover the historical performance of the rate response index compared with the low volatility index, concentrating on relative risk reduction versus the S&P 500.

[i]   The interest rate exposure for each security is the resulting regression beta coefficient of monthly total returns to monthly yield changes in the 10-year U.S. Treasury Bond yield for the last 60 months. The most negative securities will have the lowest beta coefficient values. The full methodology of the index can be found on www.spindices.com.