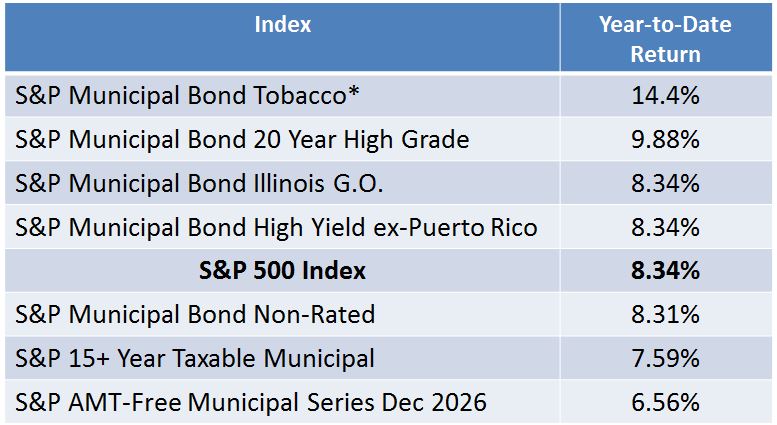 * Consists of tobacco settlement bonds. Source: S&P Dow Jones Indices, LLC. Data as of August 18, 2017. Table is provided for illustrative purposes. It is not possible to invest directly in an index. Past performance is no guarantee of future results.