When people think of a low-carbon economy, the U.S. may not be the first one to come to mind.  In almost all things ESG, Europe is considered the leader.  However, the U.S. market has made some strides in recent years.  The carbon footprint of the S&P 500® has actually been declining since 2011, as illustrated in Exhibit 1.

This is good news for ESG market participants, although this decline has also started to stagnate, signaling that the low-carbon economy in the U.S. is at a critical point, with two possible outcomes.

On one hand, the head of the Environmental Protection Agency (EPA) recently questioned the role of carbon dioxide as a harmful pollutant—portending the potential future policy changes by the EPA.[1]  To put this in to context, back in 2007, the Supreme Court ruled that carbon dioxide was an air pollutant and that under the Clean Air Act, the EPA was all but required to regulate carbon dioxide, unless they were able to provide scientific evidence that greenhouse gases (GHGs) were not harmful.[2]  The recent statement questioning the link between carbon and climate change makes it look like the EPA may be leaning toward the latter part, and therefore attempting to deregulate the carbon economies—a concern for those focused on socially responsible investing.

On the other hand, while the change in EPA policy may be disheartening, it’s clear that the global markets feel differently.  This new stance signals a widely different viewpoint than most other countries around the globe.  In November 2016, delegates from 197 countries met in Marrakesh for COP 22, an annual climate change conference designed to reduce the production of GHGs.  This was a follow up to COP 21 in 2015, where these same countries (including the U.S.) met and signed the Paris Agreement, with the goal of preventing global temperatures from rising more than 2˚C above pre-industrial times. 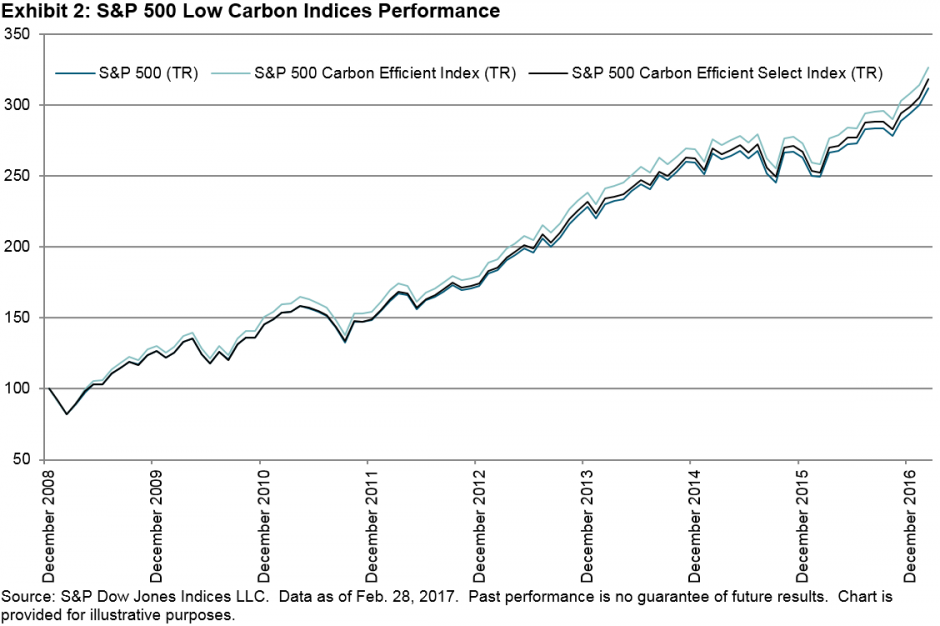 While public policy may no longer be implementing environmental regulation, market participant interest may be the driving force behind carbon reductions in the U.S.  We can expect that the world will continue to try to offset the damage done by GHGs—regardless of policy in the U.S.—and these efforts are likely to continue to affect financial markets, where interest in ESG investing continues to grow.