With oil prices down 50% from last June and holding steady consumers are looking forward to cheaper gasoline and lower heating bills and investors are rethinking where to put their money; it is a good time to take stock of what might happen next.

As discussed on this blog in late November, both lower demand and larger supply deserve credit (or blame) for the price drop. Weaker economies in Europe and Japan and lower economic growth in China are all reducing global oil demand.  Supply is being boosted by increased production in the US and from unanticipated production in Libya and Iraq.  However, falling oil prices may set in motion forces that could reverse all this as cheaper oil leads to stronger economies and forces some marginal producers out of business. Based on some recent reports, following is a look at how things stand now. 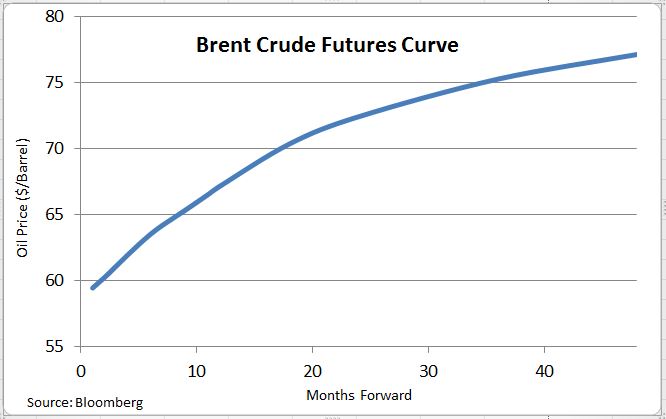 Does this mean we can expect $75 oil for a while? Probably not.  The forces put in motion by the drop from $110 to $55 are still shifting and shaping oil production and world demand. Today’s cheaper oil may sow the seeds of future price rises. The most one can say is that oil prices will rebound somewhat, sometime – by how much and when can’t be determined for sure.

Between Christmas and New Year, the familiar roar of events turns staccato and the market is gently buffeted by meager trading volumes; the relentless pursuit of profit that agitates the flight of global capital is sedated.  The books are largely closed; the offices of major financial institutions are staffed by fragile acolytes bereft of their titans.  Decisions, if any, are postponed.

Considered contemplation (a luxury denied in more urgent times) is apt.  What more appropriate position of comfort to consider the very nature of crisis?

Crisis, by our understanding of it, should be extraordinary, yet it seems crises are presented to the capital markets ordinarily.  Why (and how) this happens is a deep question, involving not just market structure and probabilities but also human psychology.  A simpler question is to ask what how we might comprehend the alarming frequency with which large movements occur in the equity markets: daily swings of over 10% in benchmarks like the S&P 500 are seven times larger than the average variation – theoretically they should be expected only once in billions of years.1  How then, can they occur so frequently?

The dynamics of volatility are the focus of our latest whitepaper, which explains how dispersion and correlation interact to create crises. One of the interesting features we examined was, in particular, how market volatility reacts to high correlations, and what happens if dispersion moves subsequently. The concepts are fairly simply expressed, and the viewpoint can provide a useful insight into the nature of crisis.

“The market” is made up of a large number of stocks. Each has its own volatility (which may vary) and each stock correlates to some degree (which may vary) with every other stock in the market. All else being equal, market volatility will be higher if the volatility of the average stock rises and if the average stock-to-stock correlation rises.  The precise relationship can be derived analytically; the table below illustrates the range of market volatility that can result from a reasonable (and historically realistic) range of input variables. 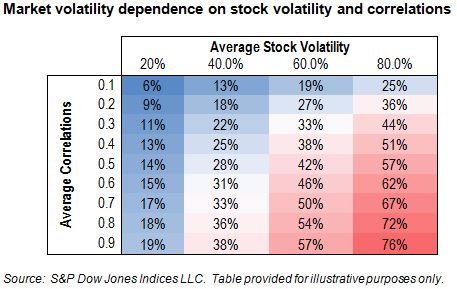 A very wide range of market volatilities is possible and, viewed from this perspective, the importance of correlations is starkly apparent.  In fact, comparing the top left of the table to the bottom right, it seems quite feasible that from one environment to another market volatility might increase by a multiple of over twelve times.  An event that a risk manager might previously dismiss as impossible “because it is twelve standard deviations away from the mean” can suddenly become simply “standard.”

Correlations also help to explain the “flashes” of volatility that occur from time to time.  Stocks themselves encode the risk of the market they inhabit as well as whichever specific day-to-day or structural risks are particular to their business.  The idiosyncratic, non-market risk of each individual stock is clearly particular to that stock.  However, the aggregate level of all such risks among all the stocks in the market is no doubt of interest to risk managers, and in fact it is arguably an important characteristic of the market environment.

The idiosyncratic risks of every stock aggregate to a measure known as dispersion.  Intuitively, one would expect dispersion move in the opposite direction to correlations over time, whereas (as per the table above) one expects market volatility to go up and down together with correlation.  Here is a historical snapshot of each for an extended period in the S&P 500: 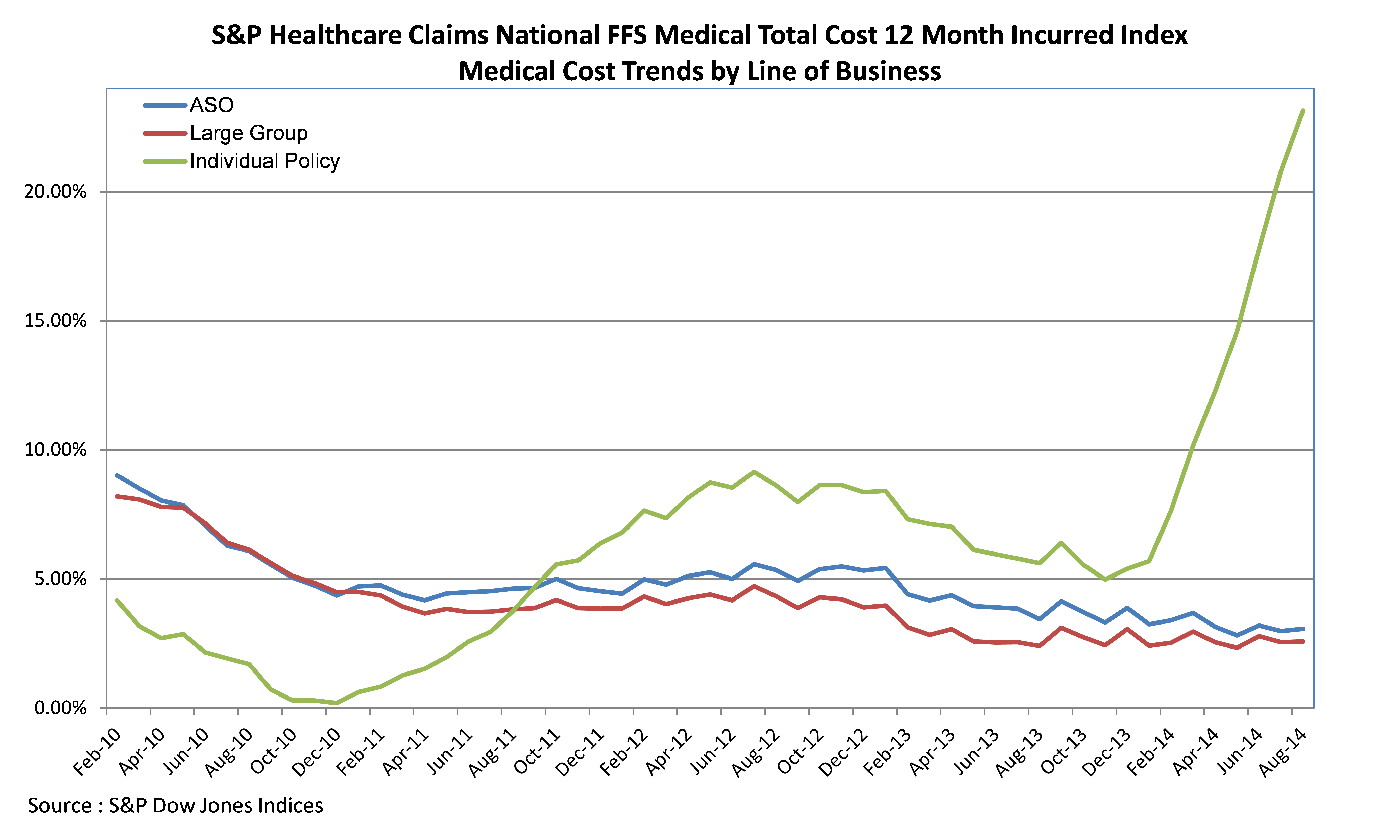